John Lennon was gunned down on a New York street in December 1980. Although only forty years old he produced a discography that remains unparalleled to this day, both with The Beatles and later as a solo artist.

He also remains one of the most iconic figures of the Twentieth Century, not only to the slowly diminishing number of people who remember him or even saw him in the flesh, but to later generations.

Lennon was born in Liverpool on October 9, 1940. In 2001, the city’s airport was renamed after him. On October 8 this year, the day before what would be his eighty-second birthday, the forty-second annual Lennon tribute concert will be held in New York at the Peter Jay Sharp Theatre.  Tickets are priced between $79 and $159, but the Saturday evening concert is scheduled to last around 160 minutes. Full details can be found on the dedicated website along with a note which reads: “PLEASE NOTE THAT EVERYONE 2 YEARS OF AGE AND OLDER MUST WEAR A MASK AT ALL TIMES WHILE IN THE BUILDING.”

Does that include the performers? The singers?

Lennon was very much a political animal. It is difficult to pinpoint his precise philosophy but he was an extreme anti-authoritarian, and he would undoubtedly have viewed this condition and all masking ordinances with extreme disapproval.

Paul McCartney’s name does not appear on the programme, but he has finished touring for the rest of the year, so perhaps he will put in an appearance?

I don’t think it’s necessary to ask who benefits from this concert in the first place – it’s the same criminal gang of satanic khazars, as always in the whole cosmos of the music industry.  Looking at the picture of JL and the logo in the background, it reminds me of the question I’ve been asking myself for many years, whether the same criminals who run all the so-called. “Civil Rights Movements” in the USA, also installed the movement “Ban the Bomb” in the 60’s. The many thousands of anti-Vietnam War people simply joined in the streets without asking which… Read more »

will
Rate this article :

This “tribute” is a phony effort to attach the goals of the NWO/WEF to Lennon’s legacy. For Shame! 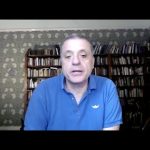 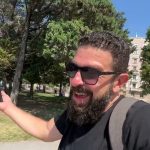