When you hear the word Islamophobia you will probably think of a white Briton or American railing at not only Islamists but all Moslems. Sadly, the worst anti-Islamic bigots are former Moslems, in cyber-space at least. The very worst of these are the Apostate Prophet and Yasmine Mohammed. Although an avowed atheist, the former takes his hatred of Islam so far that he no problem teaming up with Christian apologist David Wood, while Mohammed lies freely about her one-time faith.

Harris Sultan was born in Pakistan but is domiciled in Australia while his sidekick Nurijah Khan is based here in the UK. Khan’s antipathy towards Islam is understandable. A stunningly attractive, highly intelligent woman, instead of becoming a trophy wife, she had a very bad marriage, and had she not fled to the West, who knows what would have happened to her? Sultan is simply a man who lost his faith, and found…?

Did Muhammad really ride up to Heaven on a donkey? Hilarious, isn’t it? But is the belief that God himself impregnated a virgin any less ridiculous? Or the current “scientific” wisdom that all the matter in the Universe was once compressed into a space the size of a proton?

Khan and Sultan make the mistake of throwing out the baby with the bath water. Is it too much to suggest that a system of belief which has been around for the best part of fifteen hundred years might have a point or two in its favour? In their latest rant they profess to answer the question why is interest haram? and come up with the answer because Muhammad said so. Like most people who haven’t looked at this subject in depth, they also believe banks lend money, and that this lending is comparable with borrowing from a relative or friend. Banks do not lend money as explained and proved by Major Douglas a century ago, and as real Islamic scholars understand, usury left unchecked will swallow us all.

One such Islamic scholar is Mohammad Nejatullah Siddiqui; now over ninety, his major work Banking Without Interest remains an inspirational text.

But Sultan in particular will have none of it, he prefers to live among “enlightened people”. Those who believe homosexuality is gay, that people can change their sex by self-affirming, and that the hijab is a form of patriarchal oppression? Apparently so.

Yes, Pakistan is an imperfect country, but unlike Canada it isn’t quite a police state, unlike Australia recently, people are not beaten on the street by uniformed thugs, and unlike Europe it isn’t on the verge of starting World War III. Enlightened people indeed.

You guys are so amazing. You really think things in the world can stop because of Muslims. Muslims must carry on with their beliefs without involving anyone. Even Christians should keep their beliefs to themselves. True Christians are busy aligning their minds with their master. Muslims should focus on Muhammad or Farhakan and stop bothering people. We do not owe anything to anyone ‘s beliefs. Keep them to yourselves. People are suffering all around the world and some want to tell the whole world what they believe. Even the pope is just a human being trying to make us think… Read more » 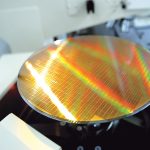 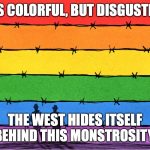