Although most people won’t have noticed, there has for some time been what can only be described as a war against Islam in cyberspace, one being waged by a curious amalgam of non-theists, former Moslems and so-called Christians. They have been spurred on by recent discoveries about the ancient world and what has been called an admission from a prominent Islamic scholar, the so-called holes in the narrative.

In 2012, the historian Tom Holland published In The Shadow Of The Sword, a major work in which he traced the earliest accounts of the life of The Prophet to the second century after his death. This wasn’t a new idea even then, but the claim that Petra rather than Mecca was the home of Islam adds fuel to the fire.

The holes in the narrative is if anything even more controversial. The conventional wisdom is that The Prophet was visited by an angel repeatedly over a period of many years and commanded to recite the Qur’an. Being illiterate, these verses were memorised by his followers.

It fell to Uthman the third Caliph to complete the task, as it were. He ordered all the validated verses be compiled into one volume, to be copied, with perhaps as many as seven copies being made, and all other fragments destroyed. The Qur’an is believed to have been transmitted in this pure form down through the centuries, a direct message from Allah himself.

Last year however, Yasir Qadhi of the AlMaghrib Institute caused a storm of controversy when he admitted/claimed/said there were “holes” in the narrative of the perfectly preserved Qur’an.

Together, these historical uncertainties – the life of the Prophet, the Mecca/Petra, schism and the “imperfect” Qur’an have led to a sustained barrage of attacks against Islam, something that is at times embarrassing because former Moslems including atheists have joined forces with Christian apologists to wage this veritable cyberwar. The combatants include Yasmine Mohammed, who according to her Wikipedia entry is an educator and human rights activist. If she were to educate herself about dress codes, she wouldn’t spout so much drivel about the hijab.

Jay Smith is a Christian missionary; born in Indian, the son of Christian missionaries, he lived for many years in England where he delighted in antagonising jihadis at Speakers’ Corner in London’s Hyde Park. Smith makes no secret about wanting to destroy Islam – literally – and convert Moslems en masse to Christianity.

David Wood is a very different type of Christian. An American national, he converted to Christianity in prison where he was sent after being committed to a lunatic asylum. A juvenile delinquent, he decided one day to murder his own father for no good reason. Is there ever a good one? He  bashed the poor man’s head in with a hammer, but fortunately he survived. After Wood’s release from prison he went on to form a bizarre double act with Nabeel Qureshi, a Moslem he converted to Christianity. Qureshi died of stomach cancer in September 2017 aged only 34, leaving Wood to continue his rants alone, although recently he has teamed up with the Apostate Prophet.

It has often been said that converts are the worst bigots, and the Apostate Prophet is no exception. Ridvan Aydemir (pictured with Wood) was born in Germany, lived in Turkey for some time, then moved to the United States.

David Wood isn’t averse to stunts, which have included eating the Qur’an. A committed atheist, the Apostate Prophet concentrates on ridicule and satire. Together they make an appalling double act.

There are many other, especially former Moslems in the United States and Canada who share the goal of obliterating Islam. While there can be a rationale for non-believers to do this, it is strange to see men like Jay Smith and David Wood ridiculing Islam for its inconsistencies and impossibilities, because all religion is revealed truth, and whatever else he may have claimed, The Prophet never asked his followers to believe he was born of a virgin, walked on water, and raised the dead.

Atheists have become way to involved in politics,the late Christopher Hitchens was ariudite and a great orator,but did destroy his reputation with his constant Muslim bashing and supporting liberal humanitarian intervention,it’s the neocons who whipped up this hate and neo crusader attitudes towards Islam.We Need peace and respect, Not more bigotry..

The OT Bible is also full of holes. I think these holey books are taken way too seriously as “factual” documents.

Re: the “war against Islam in cyberspace”. There’s nothing new about any of this. Disputation and denunciation is how the Abrahamic religions have always functioned. As scholar Robert Kerr says, all manifestations of Abrahmaic religion are by definition each other’s heresy. 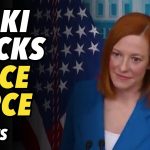