For AK Nation, that is a rhetorical question – Chiraq is the capital of Blakistan, but for you here are the reasons.

The city is awash with illegal guns and drugs. Last year, seventy-six police officers were shot at or actually shot. Chicago has a massive problem with gangs, which are actually recruiting young boys. Last year, Chicago police arrested 133 people wearing ankle bracelets; there are currently thirty-three hundred people on electronic monitoring, including:

518 with being a felon in possession

The next question is where did the above information come from? The answer is from Lori Lightfoot during a press conference/public meeting on January 4.

She didn’t blame Kim Foxx for all or any of the above, but…

Superintendent David Brown also spoke at the meeting; he added that in August, his officers took eight thousand guns off the streets, and another four thousand after the murder of Ella French.  Chicago has a population of around 2.7 million. How many larger cities have 23 carjackings in even a year, heck, how many countries have that many?

How is it conceivable that 90 people charged with murder are out on bail? Few people accused of murder are bailed, and with good reason.

Lightfoot made a lot of noise about stopping the gang violence and giving gang members a way out and up in the world. Someone else did that, in case you have forgotten, his name is Donald Trump. Rather than patronise blacks or even worse infantilise them, he understood that the pathway out of poverty and worse is education coupled with economic opportunity, which was why he guaranteed funding for historically black colleges and created enterprise zones. Lightfoot was one of countless politicians – black and white – who told him to take a hike; the people of Chicago and America, especially blue states, have been paying the price ever since.

Around the same time Lightfoot was speaking, a young woman sitting in a parked car was shot dead; it is unclear if she was the target or simply in the wrong place at the wrong time.

No one has been executed in Illinois since 1999, and the death penalty was officially abolished by the Governor in 2011, but it is possible that if convicted the man and woman accused of murdering Marlene Rittmanic (pictured) on December 29 will be so sentenced. The time-serving female officer was shot execution style over a triviality.  Her partner was also shot. If this case is prosecuted at the federal level, the death penalty can be sought, buy it remains to be seen if it will be carried out. Only 11 people were executed in the United States last year, three by the Federal Government all in January. Of those three, Lisa Montgomery was formally sentenced to death the most recently, in April 2008. 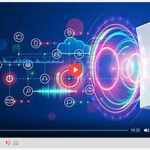