If you still haven’t heard the name, Ella French was a Chicago police officer. Last weekend, the 29 year old became the first female police officer from that city to be killed in the line of duty since January 1984 when Dorelle Brandon, who was working undercover, was shot inadvertently by a fellow officer as she struggled with a suspect. Unlike that tragic mishap, the death of Ella French was a clear cut case of murder. Two men, brothers, have been charged, and a third man has been charged with supplying the gun. Obviously, all three are entitled to the presumption of innocence, but there is no dispute over what happened.

While Chicago police mourn their latest fallen comrade, they gave the city’s lunatic mayor Lori Lightfoot the cold shoulder, turning their backs on her as she visited the dead officer’s seriously injured unnamed partner in hospital.  Lightfoot it will be remembered is the public official who declared something called racism to be a public health crisis. The basis for this claim appears to be that black Chicago citizens die nine years sooner than non-blacks. Illinois abolished the death penalty in 2011; the last judicial execution was of a white serial killer in 1999. But extra-legal executions are a different matter entirely; the last weekend in July, seventy people were shot in Chicago, twelve of them fatally. This is a city with a population of around 2.7 million. How many of those twelve were black, and how many were murdered because of racism rather than some trivial dispute or random act of madness?

Many people, including of course the police themselves, portray them as saints doing an impossible, dangerous and thankless job. This isn’t the case in most countries, but it certainly is for the United States with its insane gun culture. As for them being saints, there are thousands of hours of video on YouTube alone that expose especially the American police as being at times inclined to shoot first and ask questions as an afterthought, to bully people, harass them, and now to act like the true agents of state repression they are. But this insane rhetoric of defunding the police has to stop. Yes, some of their activities do need to be defunded, but American cities, those run by Democrats at any rate, are spiralling out of control. Laws must be enforced, that means violent people and thieves must be arrested, and there must be consequences for their bad acts. District attorneys failing to prosecute serious offences, up to and including murder, if you can believe that, are tearing the country apart. Whether or not this is what these insane “progressives” want, it should not be allowed to happen.

The Chinese have a saying, execute one as a warning to one hundred. Now, there is an opportunity to send a warning to three hundred . Just keep executing them until there are none left. The gun/homocide problem is a African American problem.

You may criticise the Second Amendment, but it’s all that’s left to use against the lib-tards the enablers and the cabal. 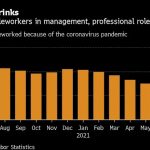 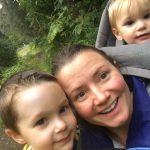