You’ve probably heard the phrase Manchurian candidate, but if you don’t understand the cultural reference, it is to a film released in 1962. Based on a 1959 novel, it is about a soldier who is brainwashed, not in the usual sense of indoctrination, but to carry out a task, perhaps a murder, then forget about it. A remake of the film was released in 2004.

In everyday parlance, a Manchurian candidate is a traitor, or at best someone who is being manipulate by a foreign power. That allegation was made against Donald Trump when he decided to run for the Presidency, in particular he was said to be either a conscious agent or an unwilling pawn of the Russian Government.

Although the idea is patently absurd, many absurd things turn out to be true, so it warranted investigation, something that should have taken a month at most. Instead, it was used as the pretext to disrupt and subvert first the Trump campaign and then the Trump Administration. There was never any chance of Trump or anyone close to him being indicted for treason, but a number of people in and around the campaign were indicted either for financial crimes committed on their own account, while others were charged with process crimes, ie crimes that were generated by their response to the contrived investigation. These men were pursued with incredible viciousness; anyone who made an inaccurate statement to the FBI, one caused by a lapse of memory, perhaps, was charged.

A serious attempt was made to entrap George Papadopoulos by enticing him to bring a large sum in cash into the country, and but for a classic case of female intuition by his then future wife, the conspirators would have succeeded.

Knowing Trump’s bellicose nature, they were probably hoping he would blow his top and do something outrageous that would amount to obstruction of justice, indeed, every time he protested his innocence, they claimed exactly that.

Declassification of formerly highly secret documents reveals the whole Russian collusion scam was Hillary Clinton’s idea to distract the public from a genuine scandal, her use of the regular Internet and a private server for Government business while she was Secretary Of State – to get around Freedom Of Information laws and thereby hide her highly illegal pay-to-pay scheme. The Russian collusion lie wasn’t even new, and has been traced way back to 2007, at a time when Trump was probably looking forward to retirement playing golf, spending time with his extended family, and making the occasional TV appearance.

In spite of this being public knowledge, the public is largely ignorant of the true origin of Russiagate, and to this day the likes of Adam Schiff are still pushing it, in public at least, although when these people were put under oath they stated to a man and woman they had no actual knowledge of it. So clearly the inhabitant of the White House was and is no Manchurian Candidate, although as things stand, the next one may well be in  a literal sense.

Manchuria is a somewhat vague area which covers part of modern China, the world’s rising superpower. Unlike the United States which is paralysed by both political correctness and the rule of law (for all except leading Democrats and their allies), the leaders of China do as they please. While a rising China isn’t a bad thing per se, Xi Jinping and his subordinates are intent less on raising the standard of living of their people than in subjugating their corner of the world, and beyond. If that sounds unduly paranoid, think Tibet.

So who is the real Manchurian Candidate? It has just been announced that Hunter Biden is under Federal investigation for his dealings in China. This investigation is long overdue; the FBI has been in possession of Hunter’s laptop since December last year. Regardless of its content, the mere fact that the younger Biden left it at a computer repair shop and apparently forgot it suggests this is a man who has no business going on international jaunts with his father and raking in big bucks for shady deals in Ukraine, China or elsewhere, whatever sympathy we may have for his cocaine addiction.

Documents obtained by Judicial Watch under Freedom Of Information laws tell a very different story from that peddled by the mainstream media. The two Bidens were clearly up to no good in Ukraine re the Burisma scandal; Joe Biden went on record calling for a prosecutor to be fired else a loan guarantee would not be met, and the prosecutor was indeed fired, yet it was Donald Trump who was impeached for merely inquiring into the circumstances of this firing.

The recent unmasking of yet another Chinese spy, a female who was on intimate terms with a Democrat Congressman shows the extent to which Beijing will go in order to obtain information, intelligence, and technology from the United States, and in view of Hunter’s willingness to bed any attractive female in sight, it raises serious questions about what damaging kompromat China may have on him in addition to both their financial dealings.

If Joe Biden does become President, he will be a major security risk, and the idea that a man who is half-way to the old folks home might hold the key to the nuclear codes is almost too frightening to contemplate.

You are too quick thinker and come with premature infos. The plot they have foreseen to discover the bad face of Biden once he IS INAUGURATED IN FUNCTION! Sure. Because if the avalange of mess comes yet down the hill, protocol would verbidden to get him the honor to become president. So instead of murdering (that was for wild after-war years) of an elected president, the swap the manjurian pigon by a black lady.

“While a rising China isn’t a bad thing per se, Xi Jinping and his subordinates are intent less on raising the standard of living of their people than in subjugating their corner of the world, and beyond. If that sounds unduly paranoid, think Tibet.”

Got to here and realised this was another pile of shit from turd man.

You need to change your medicine; whatever you’re taking is giving you delusions. 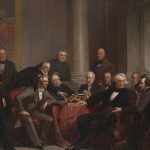