This is written as a personal note, because it is a personal observation. It will almost certainly be brief.

Omicron came a-calling – I got it last week, without knowing it, fainting during the Russian Orthodox Christmas service in Church, and almost fainting again three days later as I tried to sing through another service. I didn’t know that I had COVID, but a visit to get a PCR test on Tuesday of this week resulted in a positive test result Wednesday night, just in time for the real fun and games to begin.

Having gone through a day of being almost completely incapacitated, my heart goes out to everyone else who has had this illness in any severity – many who have had it much worse than I and of course, those whose lives were brought to an end by it.

At the time of this writing, almost my whole family is afflicted with it – my two year old daughter and my 60-some year old mother in law, and both are very sick while I am now able to get up for brief periods of time. We await treatment from one of Moscow’s COVID treatment squads that make house calls. With COVID-19’s Omicron variant only now making its presence known, mostly in Moscow, these people are about to have a massive amount of work.

This is a nasty illness, and I would never wish it on anybody, having even gone through it just for one day of severity (maybe today’s recovery is only temporary, too!). But has it changed my mind about getting any sort of vaccine such as those in existence today for COVID?

The reason is fairly simple:

These treatments that are being dubbed “vaccines” are first of all, not.

Forget about what the newsies are doing in their ever-shifting propaganda narratives. A vaccine is and has always been regarded as (up to this point) a preventative treatment measure that renders the recipient of the vaccine immune to the given disease.

Some vaccines do get boosters. Measles, Mumps, Rubella, Polio, Smallpox and several others are among the course of vaccines most parents have given to their children, and the boosters come several months apart to many years apart before permanent adult immunity is considered assured.

And assured they are, as it would seem for, after all, when was the last polio outbreak? Or the last Smallpox outbreak?

Are there “breakthrough cases” for these? Not that I ever hear of.

Now, COVID-19 is a different animal. If the stories surrounding its creation are correct, it is a synthesized virus, the development of said virus researched and paid for by US taxpayer dollars but finished in the People’s Republic of China. It escaped from the lab and now we have our problems. Even more so because the virus has a shifting antigen feature which means it mutates a lot. Omicron is the fourth major mutation and by far the most contagious, though so far, statistics show it as not very deadly compared to the earlier strains… at least so far.

But what Omicron shows us is that vaxxing is almost like a siren’s call to this virus as it has been reported to get at vaccinated people in the majority of cases. I doubt I would be able to find this in the churn of information plus Google and Big-Tech squelching going on, but there were several newspieces that discuss precisely this point, that vaccination is no issue for Omicron at all, and that the vaccination process against COVID in general may actually weaken the immune system overall, allowing not only Omicron but other unsavory things to get through. Is this true? I do not know. We are in the middle of a controversy in the US because the totalitarians in that country like Mean Old Uncle Joe the Imposter want you the Americans to all get vaccinated, or you are the problem, you stupid dirty terrorists!

This guy hates all of us. (Slight dovetail to a further point in this direction.) Look at this where Brandon outlines exactly what he is trying to do to the US population now:

“An unrelenting stream of immigration, nonstop, nonstop. Folks like me who were Caucasian, of European descent for the first time in 2017 will be in an absolute minority in the United States of America, absolute minority. Fewer than 50 percent of the people in America from then and on will be White European stock. That’s not a bad thing. That’s as a source of our strength.”

I had to get this from the Washington Post, which was expending time and resources to pooh-pooh it, but it is there. Read and compare to now and, well, what do you think?

Anyway, for a vaccine to truly be called a vaccine, it must work like a vaccine is supposed to work. So, conspiracy theories aside we have a real problem here. As in my recent piece here, just saying the robotic tagline “I feel protected from serious disease, hospitalization and death…” is not cutting the mustard where Omicron is concerned, and of course the same was true for Delta and others as well.

So, while I am still so weak that I cannot stay even sitting at the computer long enough to write this in one sitting, I will just opine – vaccine? No. Maybe my bout with this will be enough. It is a horrible thing that the United States bureacracy has done to develop this virus – it is a stunning and (understandably) difficult matter to believe: that this disaster is of our own making. This is what happens when we give the wrong people power.

President Trump meant well when he launched Operation Warp Speed. I am increasingly of the opinion that this good man was used because of his good nature, to react as any considerate leader would to help his country…

And got suckered by Big Pharma, whilst Big Tech and Big Media planned to get rid of him once his purpose was done. It is quite possible I am wrong – most conspiracy theories are full of such wild leaps of logic.

But who else has thought the same thing? And how many “wildly impossible” conspiracy theories have come to be understood as actual mainstreat truth since this crisis started? More on this later.

To summarize: Having COVID changes my opinion about the present crop of “vaccines” not one single solitary bit. God bless you if you took it, but don’t you dare try forcing me to take it. The numbers don’t make any sense, and I think they should:

A vaccinated person should mean that person does not get sick, die, transmit or test positive from the virus. Period. This definition has worked for every other true vaccine in history.

If there is real work done to solve this problem and it gives this kind of result, then fine. Show me and I will review it. But not this sham. COVID-19 is not called a “scamdemic” for no reason, and it is a shame because a lot of people have died from it, and many more have suffered terribly. But many thousands of those people who suffered and died did so from taking the jabs that have been forced upon us by the court of public opinion and almost by the Federal Government (though, thankfully, here is a development on that front.)

All in all, this is a very deadly learning experience, and I hope and pray dearly that we learn this lesson. November is ten months away. In the meantime, this video might be fun, in a Schaudenfreude sort of way…

Splurge on heat; open all the windows!
If you are treating this like a cold or flu, you will be OK.
If you can get anti-biotics like azithromycin, I did 2 years ago when I got sick with the ‘Flu + pneumonia symptoms, and in 1999, 1988 and 1978, these will help rather quickly.
Of course, extra VitD and C, tumeric, oil of oregano if not already taking that. 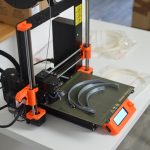 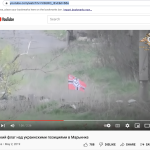