Trade is necessary for all our lives, and it is something we do every day. When we buy food or anything, we are trading money for it. Obviously we can’t eat money anymore than we can drive it, so a grocer say, who wants to buy a new van will have to sell a certain amount of food – a great deal of it – to effect the trade.

Trade enables us to specialise and thereby to increase the goods and services produced. It’s Friday, you eat a fish and chip supper. Imagine if you had to catch the fish and grow the potatoes yourself. Could you do that for every meal? Our ancestors had to, that’s why they had such a low standard of living.

A fisherman who wants to eat a fish and chip supper can trade some of his fish for potatoes with a farmer. Again, it would be time consuming for him to travel to the farm or for the farmer to come to him, so they both sell their produce to distributors, who sell them to shops, and they buy from shops. This is what we all do largely.

It is possible to grow bananas in England, certainly they can be grown under glass, but the time and effort required to do so commercially makes it so expensive that it is far more efficient for us to import them from the Winward Islands and send them something they can’t grow or manufacture. If the Winward Islands or anywhere else don’t have something we want, again we can trade using money rather than barter.

Specialisation can so increase output and be so profitable that it can be cheaper to import goods from the other side of the world rather than produce them ourselves. But there can be a downside. One negative effect is that jobs can be exported in return. One of the things that got Donald Trump elected in 2016 was his promise to reinvigorate the American economy. We don’t manufacture anything anymore, he said, and he was right.

Detroit was once the centre of not only the American car industry but the automotive capital of the world. Today, it is a shadow of its former self in spite of Trump. Many other American industries have suffered, often at the expense of China; money from American investors flowed into China making them big money and leaving the American working class to rot. This is something that is far from unique to the United States, but there is something else. What happens when a nation is dependent on other nations totally? The coronavirus pandemic led to a shortage of important medical equipment known as PPE. The bulk of the world’s silicon chips are now manufactured by just four countries: China, Japan, South Korea and Taiwan. Might this not be a problem for other countries in the future?

If the current crisis has taught us anything in the field of economics it is that sometimes it makes sense not to over-specialise, not to outsource everything. But there is good news too.

That marvel the Internet is decentralised, and is becoming even more decentralised resisting the disgraceful censorship we saw during the last presidential election in which an unholy alliance enabled the Democratic Party to steal the Presidency (and trash America into the bargain). New technologies allow us to decentralise industries without downgrading efficiency, in fact increasing it.

Aquaponics has been around for some time and needs only substantial investment to enable it to literally feed the world. 3-D printing is another marvel of the modern age. This amazing technology (pictured) can be used to print everything from pharmaceuticals to houses. And have you heard of the reprap? This has been around for over a decade.

Trade will always be necessary, and desirable, because as the saying goes, if goods don’t cross borders, soldiers will, but reducing our dependence on other nations, on other people, can only be good for all of us. 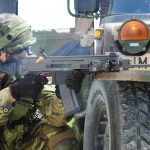 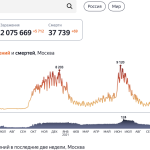