Twitter has finally found a way to appease the leftist mob that has long been dictating policy on the app, while absolving itself of all responsibility. According to a story published by NBC News’s Ben Collins and Brandy Zadrozny, Twitter is launching a crowd-sourced feature intended to combat slander and misinformation in a similar way that Wikipedia flags potentially misleading tweets.

In other words, Twitter Hall Monitors. Another reason to join https://t.co/gtn9ZMSunm

It should be called Birdbrain.

Back in the 70s and 80s the general public were their own worst enemy. They regarded people who spoke out in public about failure or criminal conduct as “tattletales” or “snitches”. But times have changed. The penny has dropped. Modern day “whistleblowers” now have the edge thanks to a number if high profile heroes; Assange, Snowdon, Manning, Kiriakou, Gunn, et al. How these hi tech monopolies would love it if they could wind the clocks back to the days of widespread ignorance and have everybody doing their bidding. But that ship has sailed. This idiotic notion “@birdwatch” will be shot… Read more »

Twitter also attack and ban left wing accounts. Please don’t get confused about the combatants being targeted on this battleground. Keep swinging wildly and your punches won’t connect…!

The STASI would be soo proud of Jack Dorsey and his fellow buddies at the Globalist Fascist Big-Tech Oligarch-Mafia Cartel. That Brandy twat doesn’t get that Wikipedia is rotten to the core even more sinister than TW + FB combined.

If these self-righteous dweebs had any knowledge of history they’d understand that they are following the same well-trodden path used by the leaders of most totalitarian regimes, who used ordinary citizens to monitor the population. I’m currently reading a fantastic book called ‘Life and Death in Shanghai’, by Nien Cheng – a personal account by a woman who lived through the cultural revolution. The template being used by the Great Leader Dorsey was used by Mao, Stalin and Romania’s Ceausescu to keep everybody under surveillance. Snitches ., people who wanted to save their own skins by reporting on their neighbours… Read more »

Even the most stupid should now understand the true nature of Twitter and consorts!
Simply ignore Twitter in future!

When FB TW + G ect ect…started, some 3 letter deep-state entities got interested and invested some $$ from some taxpayer slush funds…they saw how usefull they could become and they made sure they had a foot in the door just in case…and NOT for the good of humanity for sure. 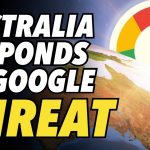