With only some time for Donald Trump’s presidency left, it appears that Senate majority leader Mitch McConnell might have warned him not to make decisions that will jeopardize his future. Reports came out that in a speech on the Senate floor on January 19, McConnell not only condemned Trump for his purported role in the riots at the US Capitol but also threatened him with impeachment if he pardons.

Max Igan has always said Trump is a player and has been used to corral and identify dissidents, much like Operation Trust in the USSR between 1921 and 1926. This is also true of the Q movement and in due time those who have followed Trump and Q will be rounded up and sent to the FEMA holiday camps. He could well be right. Time will tell.

Trump is such a dick, and never would’ve won in 2016 had the Dems put up anybody even slightly less disgusting than Hillary. Now he’s given us disenfranchised progressives something to cheer about, as the gate hits him on the ass on his way out the door.

Trump is a “player” and he knows very well what does he is going to do as a next step! You have to count on that he is dealing with the Satanic psychopaths and he has to be very careful what step he will choose to protect these people 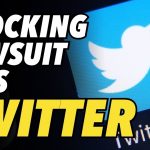 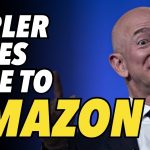