Assange denied bail, innocent but forced to stay in prison

WikiLeaks co-founder Julian Assange has been denied bail and is forced to remain at the high-security Belmarsh prison in London. The court previously refused to allow his extradition for prosecution in the US. Assange was seeking bail in the Westminster Magistrates’ Court presided over by District Judge Vanessa Baraitser, who on Monday ruled against his extradition.

Well, I have to congratulate google on this one. I opened the gmail app on my phone, saw the Drn Media email in the new unread emails, saw the subject line mentioning Assange denied bail, scrolled up to see what else is in the inbox, scrolled back down to read the Drn Media email – and it was gone, as if it never existed! The powers that be must be desperate if this is what they are resorting to…
Also, I can’t stop wondering what else disappeared from my inbox without me even knowing about it.

Better to know what they’re stuffing it with than what they’ve ‘desaparecido’d from it.

What a Monty Python country that UK is.

Excuse me Big Foot!!!!!!! My Britain and my Prime Minister are not at all like Monty Python. —– Monty Python had integrity.

I am afraid this was a total set-up and was inevitable. The judge, Barraitser, was unbelievably bias from the start and clearly working under instructions from the prosecution and their CIA handlers. They figured that if the extradition was granted, Assange’s lawyers would appeal anyway on the substance and, as the judgement was so clearly erroneous and Barraitser’s conduct so bias, there was a good chance with Appeal Court judges less easy to control, it would succeed. He could have been freed much more quickly. This way, he’s judged” guilty”, but let off on health grounds, and it’s prosecution who… Read more »

A lot of so called professional people have put their jobs before their integrity. This one honest guy has been all but crucified. Hope when the grim reaper arrives at their gated secured homes, they may have a chance to reflect on the fact that you only get one chance to make a decision based on humanity. This has not happened so it is now in the hands of a higher court and a court not full of greedy lawyers.

Abu Qatada, did not get this kind of treatment and he was wanted for terrorism charges.Where Is the Equality in the Law?? Why Are British Lawyers not Arguing for the Extradition of Sacoolas from the US for Killing a British Child?? This is Obviously Political.

The Brits are Shits. Just no more room for doubt.

Quote, “Assange denied bail, innocent but forced to stay in prison” Unquote. Right there we have the verification of what’s wrong with the MSM, which includes this site.
Assange has NOT been declared INNOCENT. In fact he has been declared as GUILTY OF ALL CHARGES RAISED AGAINST HIM. So why are you writing FALSE NEWS ?

The author is stating his opinion as a fact.

Try to keep up with the caravan.

Judge Baraitser went out of her way to say that Assange was NOT innocent, that the US case was proven, but that she denied extradition solely on his health grounds and the conditions of the US prison system. This was so that she could deny bail. The UK wants him locked up as much as the US does. Assange will not get justice whilstever he is in the grasp of the UK government. 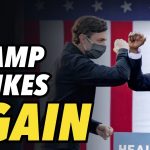 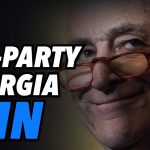 wpDiscuz
13
0
Would love your thoughts, please comment.x
()
x
| Reply
Send this to a friend
We use cookies to ensure that we give you the best experience on our website. If you continue to use this site we will assume that you are happy with it.Ok