“Buckle Up!”: Schumer Drunk With Power After Ossoff Declares Victory

“Buckle Up!”: Schumer Drunk With Power After Ossoff Declares Victory

Update (1150ET): No recount has been announced in the Perdue-Ossoff race, suggesting Ossoff’s margin is over the 0.5% required for Perdue to request one under Georgia law. Top Georgia election official Gabriel Sterling says that Jon Ossoff will win by a wide enough margin to avoid an automatic recount.

What “election results”? The Democrats claim victory, but they and the MSM are frauds. Loeffler has not conceded any more than Trump has, and neither will ever concede to fraud. I tell you, Biden will never occupy the White House.

The Deep State wins. All controlled politicians are in charge. 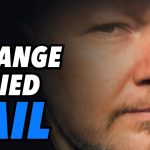 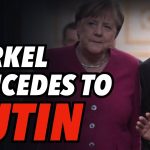