Judge Joe Brown has long been a controversial figure but since his retirement from the law he has become a regular YouTube pundit commenting on social as well as legal issues. Judges, even American judges, are generally reserved, but not this one. He has no time for political correctness, especially where sexual perversion is concerned. On August 13, he guested with a regular host and shared a slightly unusual take on the recent FBI raid on Donald Trump’s Florida home. And he had a message for all Americans who don’t tow the increasingly insane line of the Biden White House: “They Are Coming For You”.

He called the raid an abuse of official authority and power in a fashion of those anticipated by the authors of the Bill Of Rights. He sided with the former President saying everything that was seized had been declassified, but this raid wasn’t carried out hoping to smear or implicate Trump in some ludicrous January 6 plot, rather it was to cover for the FBI. The exact number of boxes seized is uncertain; some reports say ten, others say twelve. It is clear though that Donald Trump won’t have looked through them all personally. Anyone who has ever researched in a government archive will realise how voluminous even a file can be. The Judge speculated that some of these documents contain details of FBI over-reach or plain illegality. The Bureau has a long track record of this. Doubters can visit the FBI vault which has a section devoted to the COINTELPRO operation that lasted from 1956 until 1971. Some of the things the FBI did were farcical but one can only imagine what they have been up to in the half century since. Actually, we don’t have to imagine at all; the Bureau’s recent mendacity includes inciting the kidnapping of  a state governor, the activities of Ray Epps (and/or other agents provocateurs), covering for Hunter Biden, and perpetuating the Russian collusion hoax.

Pointing to the purported intended hiring of another eighty-seven thousand IRS agents, the Judge said they (the Deep State) are getting out of hand. Biden and his cronies are creating an  illicit, clandestine secret police force, which is against American law. Time will tell if is his right, but though many people may not like his style, Judge Joe Brown is seldom wrong.

The FBI (and “they” in general) are sending the exact same message that the Bolsheviks sent in 1917 by slaughtering the Russian Imperial family (and their dog): “There is NO GOING BACK. We are in TOTAL CONTROL. Resistance is FUTILE. Submit to us NOW.” 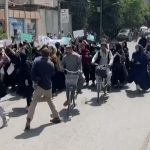