We all remember the Russian collusion garbage that was used to undermine Donald Trump’s Presidential campaign and his Presidency. Even though this is now acknowledged to have been instigated by Hillary Clinton, there are still people who believe it. But Trump isn’t the only victim of this kind of witch-hunt; last month the FBI raided the African People’s Socialist Party in St Petersburg, Florida and St Louis. This followed the indictment of Russian national Aleksandr Ionov for “spreading Russian propaganda”. Ionov is said to be overseas, presumably in Russia.  Here is this indictment.

Translated into English that means he and his co-conspirators funded left wing idiots in the United States. Although not named in the indictment, these idiots include the African People’s Socialist Party, and boy are they whack jobs or what?

This outfit is part of the broader and misnamed Uhuru Movement. Uhuru is a Swahili word that means freedom. In practice that meant “one man, one vote” in Africa, or perhaps today that should be “one person, one vote”. There is an old joke about this, namely that Robert Mugabe (or whoever was in power) was the one man who had the one vote.

Even though they are black Americans, APSP members call themselves Africans. One of their demands is for reparations. Reparations for what, you might ask? Centuries of genocide, oppression, and enslavement of our people. Hmm, you mean like dragging black Africans out of the Stone Age? Something like that. Their current subscription rate for members is $21 per month. In contrast, the Republican Party has no annual membership fee much less a monthly one. Even the UK’s Labour Party membership is currently only £4.67.

Take a gander at the African People’s Socialist Party’s website and you will see how far off the planet they are. Having said that, they have indeed been on the receiving end of Deep State mendacity as they claim. This shouldn’t be too surprising. APSP was founded in 1972, only five years after the Summer Of Love, four years after the May Unrest in France, and three years after the Stonewall Rebellion in New York. The 1960s were turbulent times, and these spilled over into the 70s. The Vietnam War didn’t end until 1975, and numerous leftist groups opposed it, which led to them being branded communists or communist sympathisers. Even if they were, so what? The suggestion that we should oppose everything communists call for just because, is ludicrous.

So what did APSP do that was so terrible? They took or appear to have taken money from a Russian national, that’s all. Aleksandr Ionov is the head honcho of the Anti-Globalization Movement of Russia. His organisation promotes secession movements across the West but not – surprise, surprise – in Russia. Should Americans be alarmed, should they even care? AGMR has supported Yes California, an organisation that calls for the Golden State to secede from the United States. (Although its website domain has been parked, it appears not to be defunct). Would this proposed national divorce be a bad thing? Considering how the Democrats have turned the State into a rubbish dump, probably not for the rest of the USA.

Leaving that aside, while the FBI may be genuinely concerned about Aleksandr Ionov, can there be any justification for the heavy handed treatment of APSP? Clearly the answer is no, but as can be seen from the disgusting treatment of Donald Trump, his allies and supporters, this organisation is now out of control. Today it is Trump, tomorrow it will be anyone who stands in its way, and of the cabal that now directs it.

Sorry to disagree, but the FBI should have be going after foreign-funded organizations, as the Soviets did tremendous damage to the US via that method, and the Chinese and Soros are doing it today (very effectively, I may add). But I do agree that going after some nutcase group like APSP is silly, considering what’s out there.

If the African People’s Socialist Party ever got into power in any Country, that Country would go down faster than a Lead Balloon!

Just like Zimbabwe did under the imbecile Robert Mugabe, who obviously had an IQ around room temperature Fahrenheit, like the African People’s Socialist Party members.

In the last 60 – 70 years, America and Russia have switched positions. If Stalin were to be reborn today, he would feel far more comfortable in America than Russia.

Splitting America up is a very good idea. We need a Secession Party.

Secession, DM. Yes, these cats are whackadoodle crazies but they’re simply race baiting scammers. If they actually went to the root source of their argument they’d need to go to Africa and ask them why they sold them into slavery. Those slave markets in Accra made a lot of Africans rich off of selling their fellow man. That’s the “dark” secret they don’t want to talk about.

The US paid reparations to the Japanese-Americans and native Americans, what these people are asking with regard to slavery, cointelpro, lynchings, Jim Crow etc…, is not unreasonable. The US should be held accountable for all their crimes even if it bankrupts itself.

“..what these people are asking with regard to slavery, cointelpro, lynchings, Jim Crow etc…, is not unreasonable.” It is both irrational and illogical to pay reparations to African Americans for Slavery. Firstly, the African Americans would have to prove that their ancestors were victims of slavery within the United States, where Slavery was abolished in 1865, which is over 150 years ago, or six whole generations ago.  It took me a great deal of time and effort, to acquire documentation for my ancestors who perished in the Irish Genocide back in the mid 1840s (which is mendaciously called the Irish… Read more »

“what these people are asking with regard to slavery, cointelpro, lynchings, Jim Crow etc…, is not unreasonable.” I don’t think you thought this one out very well, Jim! You are just repeating the Cultural Marxist narrative that is been pushed by the Zionist controlled Media in The United States, that is doing its upmost to trigger a Race War within the Untied States.  The Zionists failed in their instigation of a Race War, by using their BLM Terrorist mobs to burn, loot and murder their way across a plethora of American Cities. The American people did not fall for their… Read more »

Ionov was probably a Ukrainian posing as a Russian.

When the FBI attacks and attempts to manufacture a political frame up some person or group, what do the idiosyncrasies of the group have to do with anything? That is a complete diversion, and takes attention off the crime and onto the defects of the victim. What you are doing here is not solidarity. 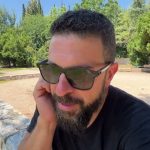 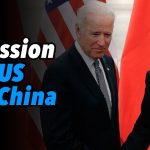