The corruption of so-called journalists in the West, especially the United States, is sickening. Since 2016 we have seen them pushing lies about Donald Trump – and being rewarded for it with Pulitzer Prizes. We have also seen them close their eyes to the corruption of what America’s Mayor called the Biden crime family; we have seen them allude to riots and the burning of cities as “mostly peaceful”, and we have seen them bow to the whims of powerful political lobbies. Journalists in Afghanistan don’t do anything like that, instead they risk their lives daily, and some pay the price.

Between 2014 and 2018, no fewer than 24 were killed in Afghanistan; some were killed in action but many were simply murdered.  A total of 78 journalists and media workers were killed there in the period 1992 to 2022. One would have thought, hoped, that after Biden’s disastrous pull out, the situation would have improved. It has, after a fashion. To date, the last recorded death is that of the Indian photograph Danish Siddiqui who was killed in July last year, before the withdrawal. He was awarded a posthumous Pulitzer Prize. That is the relatively good news, but just because you haven’t been murdered doesn’t mean you’re home and dry.  The Taliban has imposed strict censorship, and other forms of harassment continue. Here is a report on the situation up until April this year. Women journalists have it even worse. On May 19, the Taliban issued a decree to force women broadcasters to cover their faces while on air. At least there are still women broadcasters, but around a thousand journalists have fled the country; at least one is a member of the NUJ’s London Freelance Branch.

The International Federation of Journalists has set up a safety fund for the journalists still working in Afghanistan. Donations can be made here.

I looked at the report you cite, and from which you take this news. The journalist quoted says the Taliban regarded the press overall as a negative phenomenon.
That’s how I see the news media here in the UK. 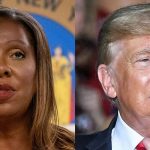 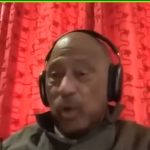