Even before the Biden Administration implemented its absurd policy of the ludicrous and toxic critical race theory, there were people the world over who would cry racism at every turn over the slightest thing, even when race had nothing to do with it. Have you ever wondered why these people make so much noise? There is no single reason, but a major one is that this kind of gaslighting is often well rewarded. It would take forever and a day to list all the race hustlers, but here are some of the better known ones, starting with blacks.

Diane Abbott is a well known MP in Britain. Well known for putting her foot in her mouth. Recently, she sounded off about the shooting of Sasha Johnson, insinuating that this young woman had been targeted for assassination on account of her politics when any denizen of South London could have told her this crime had nothing to do with politics, and sure enough the suspects arrested had criminal rather than political connections.

Dawn Butler: Like the much older Diane Abbott, Dawn Butler is an MP in Britain, and one who sees racism everywhere, and on at least one occasion, she invented it. Last year, she and a male friend were stopped by the police while driving. She videoed the encounter, and as you can see, she was literally delighted. The police stop countless vehicles throughout the UK every day, especially in London. Although they can be officious or overbearing at times, the chance of a motorist here being shot by a police officer – or vice versa – is negligible, unlike in the United States. But of course, they should only stop white drivers, right? Like Diane Abbott, she is well remunerated for her work as an MP, but to be scrupulously fair, her constant whining about racism brings her no financial rewards, only her name in print.

Patrisse Cullors: One of the co-founders of Black Lives Matter, she hit the headlines for all the wrong reasons when it was revealed she owned four fairly expensive properties outright, including one in an overwhelmingly white area of  Los Angeles. When called out, she told Mark Lamont Hill that any mention of this was “dangerous” as well as racist and sexist. She has since withdrawn from Black Lives Matter claiming it was time for her to move on, but many blacks – so-called progressives, conservatives, and the relatives of those killed by the police, have been making their displeasure known. Ordinary American blacks in particular have woken up to the fact the Blacks Lives Matter is nothing but a scam.

Jesse Jackson is a member of the old guard. An associate of Martin Luther King, he ran for President twice, but fortunately didn’t win either time. This year his net worth has been estimated at $9 million, not bad for a Baptist minister. He has though on occasion done something useful, including campaigning against the invasion of Iraq in the wake of the 9/11 attacks. Sadly, no one who mattered listened to him then, him or anyone else in the anti-war movement.

Doreen Lawrence is one of those people who had fame thrust upon her. On April 23, 1993, her son Stephen was murdered by a member of a street gang, all of whom were white. This story is a long one which has been related elsewhere, but basically, she and her husband Neville rejected interference from the so-called Antiracist Alliance that tried to make capital out of his death, then went on to blamed the police for failing to bring his killers to book. After their divorce, Neville faded from sight, but she now sits in the House Of Lords. After the Grenfell tower block fire in which over seventy people died, she insinuated that fire fighters would have reacted faster if the inhabitants had been white. She would later apologise for those remarks, which are par for the course when people are brainwashed or brainwash themselves into viewing everything through the prism of race.

Don Lemon: Talking head Lemon is an out homosexual, which means he is doubly oppressed according to the cult of intersectionality. According to Don, the greatest danger in America today comes from white men. In his dreams, perhaps. And in his bedroom.

Meghan Markle needs no introduction. Having somehow beguiled one of the most eligible bachelors in the world, she has turned a man who had willingly served on the front line in Afghanistan where he was a prime target for jihadis, into a whimpering beta male subservient to her every whim. Meghan is a Marmite type of person, either you love her or you hate her; and for her, anyone who doesn’t like her can be motivated by only one thing: racism. Although both extremely wealthy and one of the most privileged women who ever lived, she is first and foremost a victim. Unbelievable.

I agree with the author of this article….I think critical race theory is one of the most pernicious , dangerous and would say Evil ideologies to come out of US universities,it demonises little kids who just happen to white,they are to be burdened with the title of having”white privilege”,a view utterly destroyed by the great prof Peterson..One of the devout desciples of this evil is Robin Dianagelo with her evil book “white fragility”,it is full of evil neo cultural Marxism,and compared to “mein Kampf’ is light reading,and even more harmful,for the latter is a historical document..I DON’T want this evil… Read more »

Please add to the list of British race-baiting demagogues: Baroness Warsi – a Pakistani immigrant who thanks to the Conservative party now sits in the House of Lords. David Lammy – a black MP. Neither lose an opportunity to attack the United Kingdom, berating it as systemically racist and the product of its participation in the slave trade. Great Britain of course was the first to end its involvement in slavery, but this is moot to the likes of Warsi and Lammy. For a racist country these two have certainly done very well for themselves, both respect to position and… Read more »

Very true,I totally concur.. Critical race theory is very damaging…p.s.,If one was to look into the origins of biological racism,well it started in late medieval Spain,when the Spanish inquisitors wished to rid itself of Arab/Jewish influence,this was long before the Trans Atlantic slave trade..You are right,it was the might of the British Navy that quashed the trade in humans..p.s., The likes of David Lammy should look to the Spanish and Portuguese for any reperations,it was the British that Ended this unspeakable trade,and David Lammy should perhaps the Catholic church for reperations…,I.E.,Dum Diversas Papas Bull,the dictate by the the then Pope… Read more »

The Spanish Inquisition had nothing whatsoever to do with race, and everything to do with Catholicism. Anyone not Catholic, regardless of their race, was subjected to it. All Catholics, regardless of race, were not. Many Jews officially converted to Catholicism in order to save their lives. Many emigrated to America, especially tp New Mexico. There are still ancient gravestones today in Catholic cemeteries of Jewish immigrants, with ancient Jewish symbols, such as the Star of David and other symbols. These Jews who immigrated to America were officially Catholic, but clung to their Jewish religion and traditions in secret.

I guess you Never heard Limpienza Sangre(cleansing of the blood),in late 16th century Spain,one had to prove you were of pure blood, uncontaminated by Jewish or Arab blood,and this had to be proved to the Grand inquisitors.. research??,er why do you think the Klan wear the garb of the inquisitors.. 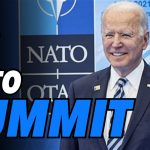 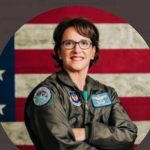