We had seen the devastation of the original Big Short. When basically everyone was suggesting the financial markets were going higher, the real estate market was healthy, and the derivatives were never even discussed, few were warning of what was coming. Today, it almost seems too obvious. With massive retail bankruptcies taking place and will continue to grow in 2020 and beyond, the derivatives behind them will have to fail as well. Will the Fed do what they did with garbage mortgage backed securities and buy as much of them as they can forever?

MGM Resorts International said Friday it is sending separation letters to 18,000 U.S. employees who were furloughed during the coronavirus pandemic, making their job cuts permanent for now. MGM’s Empire City remains closed in New York state, as does its Park MGM in Las Vegas.

St. Louis Fed President James Bullard said Friday that he believes the recession caused by the coronavirus pandemic is over but that the central bank will continue its accommodative stance toward the U.S. economy. Bullard said on CNBC’s ” Closing Bell” that he expected the third quarter to be “one of the best quarters ever for economic growth in the U.S.”

Coca-Cola says it will cut thousands of workers – CBS News

Coca-Cola says it will cut thousands of workers

Coca-Cola will eliminate thousands of jobs in the U.S. and abroad, the company said Friday. It’s the latest in a series of cuts that have reduced the beverage giant’s workforce by roughly 100,000 in the past eight years, bringing its headcount to about 60,000 at the start of 2020.

U.S. tech stocks are now worth more than the entire European stock market

U.S. tech stocks are now worth more than the entire European stock market

The dominance of major U.S. tech stocks in recent years has pushed the sector past another milestone as it is now more valuable than the entire European stock market, according to Bank of America Global Research. The firm said in a note that this is the first time the market cap of the U.S.

The U.S. economy looks set to rebound in the current quarter from the previous three months’ deep contraction – but it could sink again if the coronavirus outbreak is not managed well, warned a former Federal Reserve official.

About 61 Million Americans Have Stopped Commuting Due to COVID-19

The coronavirus has upended nearly every aspect of life in the United States, and Americans’ driving behavior and commutes are no exception. ValuePenguin surveyed drivers to see how their habits have changed. We found a large number of drivers are no longer commuting to the office, whether because they are working from home or have lost employment due to COVID-19.

Cashierless stores are popping up at gas stations, stadiums and even Dunkin’ – CNET

Cashierless stores are popping up at gas stations, stadiums and even Dunkin’

Pretty soon you might find Amazon Go-like concepts just about everywhere. Mastercard on Friday said it’s joining the effort to create more of these kinds of cashierless stores, unveiling a platform it calls Shop Anywhere.

The Money GPS is the most active, most informative channel in the financial world. Day after day, breaking down the data and making it easy to understand. This channel is not here to help build a portfolio, give stock picks, or financial advice. It’s simply data that is generally not found through conventional means.The stock market has risen considerably while we have seen a massive inflow of cash, currency, and debt. The retail stores are going bankrupt. Too much debt. Lots of bankruptcies.

What is your opinion on the CMBS situation? 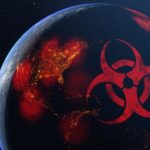 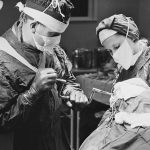