By Patrick Fagan via The Critic

“Maybe there is a beast… Maybe it’s only us,” pondered Simon, in William Golding’s classic Lord of the Flies.

In the book, a group of juveniles are stranded on a tropical island. Without the constraints of grown-up civilisation, primitive terrors break free from the subconscious and drive the boys hysterical. “The sleep of reason produces monsters”, as Goya wrote. A dream of a terrifying beast lights up the boys’ imaginations and has them jumping at shadows. A fanatical tribe emerges, comprising those most afraid of the island’s invisible enemy; they wear masks which free the id further (“The mask was a thing on its own, behind which Jack hid, liberated from shame and self-consciousness”), and, crucially, they develop superstitious rituals which they believe will keep the beast at bay.

The Simpsons is a little more light-hearted. In the classic episode Much Apu About Nothing, the residents of Springfield are terrified by reports of a brown bear roaming the town. The citizens, angry and afraid, demand the mayor do something. Later, as a Bear Patrol van rushes past and a jet flies overhead, Homer sighs contentedly and remarks that there isn’t a bear in sight.

“That’s specious reasoning, Dad,” replies Lisa. “By your logic, I could claim that this rock keeps tigers away… It doesn’t work… It’s just a stupid rock. But I don’t see any tigers around here, do you?”

In the real world, back in May, a JP Morgan report found that, in the vast majority of cases, a country’s coronavirus infection rate actually decreased once the lockdown had ended. In fact, looking at COVID-19 deaths, there is a consistent distribution over time in every country around the world, despite their differing approaches and environments. Coronavirus, as with many things in nature, has followed the distribution of the bell curve.

We were told that totalitarian measures were necessary to flatten this curve. Now, there is no curve, and yet here we are a few months later, in much the same place, with mandatory face masks to boot.

Whether you believe that the government’s measures worked or not is beside the point: ultimately, they will have caused far more damage than the virus ever could. The cure is worse than the disease.

A report by Her Majesty’s Government predicted that 200,000 people would die from delayed healthcare and economic recession caused by the response to COVID-19. Globally, the UN has estimated that 10,000 children every month are dying from hunger due to coronavirus measures; Oxfam has warned that this could kill 12,000 people per day by 2021. Looking at current data, CDC director Dr. Robert Redfield recently explained, “We’re seeing, sadly, far greater suicides now than we are deaths from COVID. We’re seeing far greater deaths from drug overdose…”

Like Chicken Licken, irrationally fearing that the sky is falling down, we are seeking refuge in a fox’s den.

Research stretching back decades has indicated the damaging effects of isolation and confinement. For instance, research has even shown that social isolation among laboratory animals has induced depression and aggression (Bourke & Neigh, 2011; Martin & Brown, 2010; Mathews et al., 2008; Parmigiani et al., 1999). A study with chicks found that being separated from the others resulted, likewise, in depression (e.g., less pecking, less mobility, less exploration) and more distress vocalisations and escape attempts (Rajecki et al., 1977).

In medical settings, social isolation has been shown to increase anxiety and depression, while decreasing self-esteem and sense of control (Gammon, 1998); another study of isolated patients likewise found that it produces anxiety, depression, sleep withdrawal, regression, and delusions (Kellerman, Rigler & Siegel, 1977); and, a literature review concurred that isolation in hospitalised patients was found to inculcate depression, anxiety, anger-hostility, fear, and loneliness (Abad, Fearday & Safdar, 2010). It is little wonder, therefore, that a recent Babies in Lockdown report suggests babies are being more clingy, violent, and upset since lockdown began; the mind boggles at the toll this circus is having on the minds of future generations.

While naysayers may pick holes in specific studies, the quantity and consistency of evidence is overwhelming: lockdown is stressful, it harms cognitive function, and it makes you susceptible to disease. Ultimately, the toll is high. A meta-analytic review (Holt-Lunstad et al., 2015) found that social isolation increases the likelihood of mortality by 29%. In short, lockdown is murder.

Evidence suggests the above findings are generalisable to COVID-19: a 2004 paper investigating responses to SARS in Toronto found that those subjected to quarantine experienced relatively high levels of depression and post-traumatic stress disorder, which increased with the length of the quarantine (Hawryluck et al., 2004). More recently, a review of studies found that the three conducted during COVID-19 reported restlessness, irritability, anxiety, and clinginess in children, while pre-COVID studies found that the most common diagnoses among children after quarantine were acute stress disorder, adjustment disorder, grief, and, again, post-traumatic stress disorder (Imran et al., 2020).

If anything, the current situation may be worse than that investigated by previous research. Rather than quarantining specific individuals, the entire (almost global) population has been subject to a programme of so-called social distancing, which reaches far beyond staying at home.

There is solid evidence showing a consistent pattern that keeping a social distance from others is socially destructive.

Patrick Fagan is a behavioural scientist author, lecturer and practitioner; previously Lead Psychologist at Cambridge Analytica, he is now the co-founder of Capuchin Behavioural Science.

Excellent article, and well worth reading the whole thing. I’m glad the Duran is back to posting intelligent anaylisis rather the braindead fearmongering that has sporadically appeared in recent weeks. 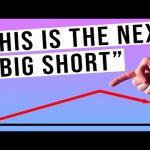 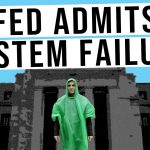