On Friday, former police officer Kim Potter was given a two year sentence for the lethal shooting of small time violent criminal Daunte Wright. She is expected to serve 14 months. This high profile and totally unnecessary tragedy was recorded on police bodycams.

Following the Potter sentencing by Judge Regina Wu at Hennepin County Court, Minnesota, the Daily Mail published a lengthy article detailing Wright’s extensive criminal history. It is difficult to believe a mere twenty year old could have done all the things he did:

shooting another teenager in the head leaving him a virtual vegetable

assaulting a woman during an attempted armed robbery

carjacking another man (who was shot by Wright’s accomplice); Joshua Hodges suffered a permanent injury to his leg.

Wright was in every sense the author of his own misfortune; as can be seen from the video, he was in the process of being arrested when he managed somehow to escape being handcuffed and dived into his car.

Although fatally wounded, Wright managed to drive off.

There can be no doubt that Potter made a terrible mistake. One can argue that Wright was no good, and that at some point in the near future he would have ruined other people’s lives as he had already done, that he might have murdered someone or worse.

One can argue that Potter had been an exemplary police officer. No lesser lawyer than Alan Dershowitz has claimed that she clearly made a mistake and should not even have been charged. But she was charged, tried and convicted not simply for her mistake, she was charged, tried and convicted for the next police officer who makes a similar mistake. There have been far too many such “mistakes” made by the American police; many of their victims have been white, although unlike Daunte Wright and other black members of the criminal element, nobody ever riots for them.

The American police have been under unremitting pressure since what has been called the Summer of Floyd, and even before that with the Michael Brown shooting in Ferguson, Missouri. It’s all right to feel sorry for them, especially for those officers who have been murdered in the line of duty, like Ella French. Or those who have been assassinated, like Marquis Moorer.  But at the end of the day, the police must be held culpable for their mistakes when those mistakes cost the lives of innocent people, or even not-so-innocent people like Daunte Wright. This is what is known as the rule of law. And a two year chunk out of Kim Potter’s life isn’t too heavy a price to pay for maintaining it. 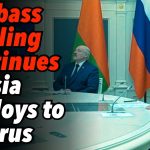