The lethal stabbing of Austin Simon by bodega worker Jose Alba and the firestorm over the resultant murder charge is already one of the most controversial criminal cases this summer, in the United States or anywhere, but is it as clear cut as it seems?

You can find actual video of the fatal incident on a number of websites including of course YouTube where many legal pundits have weighed in, but basically, on July 1, the 61 year old Alba was working alone late at night in the bodega. Although a long time New York denizen he appears to speak only minimal English. The one interview he has given so far was conducted from behind his front door with his face hidden and his daughter interpreting.

The fatal altercation with small time persistent criminal Simon cannot really be called a robbery attempt although some have suggested that it can be, albeit  only technically. This was actually more a case of white knighting albeit one that went tragically wrong.

Now that all the footage of the incident is in the public domain, the consensus appears to be that Alba’s actions were justified; he was cornered by a much bigger, younger man, had tried unsuccessfully to diffuse the encounter, and was quite likely facing a severe beating. In view of some of the heinous crimes against innocent strangers that have been carried out in New York recently, he might well have feared the worst, but there are limits to self-defense.

A case that has been discussed here recently is the murder of James Knight by Emma-Jayne Magson. Magson stabbed the victim through the heart then sat and watched him die. In this case although we don’t have CCTV of the murder we do have the audio of her 999 call. Magson’s dishonest supporters managed to win an appeal but a retrial was ordered and she was again convicted. Incredibly, they have succeeded in getting her case to the Court Of Appeal again, where hopefully it will be dismissed.

The case against Magson was and remains overwhelming, but let us reframe it and see if what she did can be in any way justified. Imagine instead of stabbing a man she knew in a fit of anger, Magson was attacked in her own home by a stranger intent on raping or even murdering her. She grabs the knife and stabs her attacker through the heart. He stumbles out of the house and collapses on the pavement. Two neighbours ask what has happened; she lies to them, telling them he is drunk. Then she sits and watches him die. At some point, a justifiable act of lethal force in self-defense becomes something less than justified, maybe not murder in a case like this, but perhaps manslaughter.

Jose Alba has been charged only with second degree murder, which for a man of his age would probably be a life sentence were he to be convicted. It is difficult to make out a case for anything worse than manslaughter, but regardless of that, Jose Alba will probably not be convicted of anything. Having said that, there are limits to self-defense in all situations, even when the court of public opinion has already concluded that the bad guy deserved it.

Are there “limits” to self defense? I wonder. If you had someone in your neighborhood down the block threaten you year after year as he gradually co-opted and turned your next door neighbors against you and then paraded his arsenal of guns, in your face, with a sinister grin… well, you tell me! What would you do?… Ooops! My bad. We are talking about bad actors here now aren’t we?. I confused that story with Ukraine and NATO. 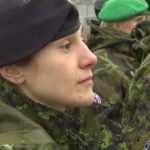