People of a certain political persuasion are fond of claiming ANTIFA is a fascist entity, those who unlike the moronic Jerry Nadler acknowledge it exists. This short video appears to illustrate that point by showing a gent addressing a meeting of  ANTIFA fellow travellers using quotes entirely from Adolf Hitler – adapted only for Donald Trump’s America.

Does this mean ANTIFA are really Nazis? No, but it does illustrate perfectly the total ignorance of so many of the President’s detractors.

Like everyone from the most venerated saint to the most notorious serial killer, Adolf Hitler had admirable qualities, perhaps more than most. He was an abstemious vegetarian, a strict non-smoker, and was capable of great kindness, including to his boyhood Jewish doctor. And like all successful politicians, his rhetoric was persuasive. But other pundits like Steven Crowder and Mark Dice have carried out similar exercises using the rhetoric and policies of less notorious politicians.

Here is Jimmy Kimmel pulling a similar stunt on die-hard Hillary Clinton supporters. The only person who wasn’t duped was Gloria Allred, but that is probably because she is even more devious than Hillary.

All this begs the question, how many of the protesters and rioters who are currently burning Democrat-run cities to the ground are in broad agreement with most of Donald Trump’s policies? How many of them genuinely want open borders – and thereby to abolish the United States? How many of them want at the same time to defend the borders of other countries, to continue decades’ long, senseless, no-win wars? How many of them want to defund the police to such an extent that no man is safe walking down the street, and no woman safe in her own home?

We will find out in November. No one should be surprised if by then even most people of an extreme left persuasion are less impressed by flowery rhetoric than by a willingness to act against the current insanity, and are prepared to hold their noses while voting for Donald Trump.

I watched the video and I thought it was a brilliant trick to play on clueless commies. However, I feel a little bit violated… After watching the Bitchute video I noticed the maker runs a website called (i’ll edit it so I am not being inappropriate) f*cktheJews dot com. one commenter had the handle JewKiller. I’m really concerned about this content in particular and here is why: I am trying my damndest to fight the local push here in Anchorage, AK to turn our city into a Communist utopia and I am doing so on the basis of Christian morality… Read more »

Black Live Matter have greatly overplayed their hand, especially with the homosexual issue. Most blacks have no time for it.

They also have their own problems with the Jewish establishment because of their support for Palestine. As I point out in the article, you can find many videos like that on YouTube and elsewhere.

On that point, sir, I wouldn’t be so sure. I think they did, of course. But the transgender ideology is already being pushed out to school districts by the NEA, a curriculum that was developed by BLM. Our assembly people have passed multiple pro-LBGT ordinances that restrict parental choice in parenting. The public is eating this up, an it really isn’t about “black lives” at all. Do you think destruction of the family is going to lead to better outcomes for black youth? Of course not, and we all know this. But that doesn’t matter anymore to Americans. We are… Read more » 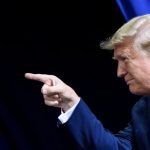 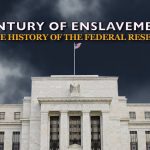