The Republican convention was a smash hit among Trump supporters. In fact, those supporters are not merely Republicans. The ordinary people who were repeatedly and resoundingly well represented in the Convention show America as so many of us remember it and wish it to remain: “One nation under God, with liberty and justice for all.” In all the political conventions I have seen in my teenage and adult life, this was by far the most outspoken on the matters of faith in God, in Jesus Christ; Christianity was not merely feebly defended, it was proclaimed and with great force, force that has not been seen since the political correctness movement began to take hold in the 1990s.

It was a breath of fresh air to millions of people. The Democrats know that, and they are determined to cut off the air supply.

Over the weekend the media reports seemed to reflect even more despair than has already been experienced by a nation wearied of over 90 days of violent riots. In Portland, that rioting turned deadly, with the man who was a Trump supporter, and a member of a group called Patriot Prayer, taking a bullet and losing his life in the streets. While this is a tragedy, the thing that happened after that is worse:

The mayor of Portland blamed President Trump himself for the shooting:

“Do you seriously wonder, Mr. President, why this is the first time in decades that America has seen this level of violence?” Wheeler said in an afternoon press conference. “It’s you who have created the hate and the division.”

Saying that it has long been his “greatest fear” that someone would die as a result of growing unrest in the city, Wheeler urged calm from both Portlanders who have been protesting racial injustice, and people on Twitter who he said have been threatening to “seek retribution” for the killing.

“The tragedy of last night cannot be repeated,” Wheeler said. “All of us must take a stance against violence. It doesn’t matter who you are or what your politics are.”

Great job, Mayor Wheeler. Statements like that only give excuse to keep rioting. It is all Trump’s fault, as the man apparently has magical powers to creat “hate and division.”

Welcome to the rhetoric of the Second American Civil War. This was repeated 1,650 miles away in Wisconsin, as the governor of that state, Tony Evers, asked the President not to visit Kenosha, the site of rioting that has seen two people killed as a young man shot them in order to defend himself from their attack:

One aspect which must be faced about the civil war underway is how it got to be the way it is.

Bear in mind that the people who are rioting are not targeting their violence at the alleged perpetrators alone. In the rhetoric of Black Lives Matter, the ‘legitimate targets’ would be the police or any person expressing prejudice towards a black person of any persuasion. However, this is not what is happening. The riots affect everybody, especially other black people who have seen their businesses raided, destroyed and torched all over the country by Black Lives Matter and Antifa-spurred violence. It makes no sense at all.

One reason for this is because of the culture of political correctness itself. The notion that one should not say certain things because it may hurt the feelings of others is rooted in kindness, and indeed, as a mainstay of Anglo-Saxon societies, this has been followed to some degree for centuries. But the present exacerbation of political correctness inflamed many people into establishing themselves as victims of an unjust society. Blacks are not the only aggrieved group. One could extend this to gays, women, drug users, former criminals, Russians, Germans, Japanese, Chinese… there have been many groups in America who have experienced tremendous prejudice from others because they looked different or spoke and acted different than the “home population” of people in any given area.

However, the move from being respectful to indulging any person or group’s own sense of personal grievance has yielded a nation of crybabies and crybullies. In effect, our own desire to grow beyond the prejudices we held to in the past was used against us and now the nation is fragmented and coming apart.

President Trump is the first guy to show up in a long time that refuses to play the grievance symphony. Even so, he is hardly a racist or a prejudiced man. His attitudes are far more gracious and polite than many Americans acted in the 1970s and 1980s, but he sticks the aggrieved with the one message they cannot bear to hear:

Who you are is no excuse. You can succeed just as well as I have if you really want to.

I met a feminist back in 2008. At that time Sarah Palin, the governor of Alaska, was the vice-presidential candidate alongside Senator John McCain. Sarah Palin had five children with her then-husband Todd, one of whom was a special needs child. She was a very capable governor, but unfortunately, she was not the most skilled candidate for VP. Nevertheless, she was Christian, conservative, still physically beautiful, a former beauty queen and in all respects 100% woman.

My feminist acquaintance could not stand her. In fact, she used language that does not even usually show up in the most foul movies in our times to describe Governor Palin. And why? Partly because the aggrieved feminist in question was heavy, not attractive, had a husband (a small slight man) whom she utterly tried to dominate. Her attitude was that men were three shades away from useless, yet she was married to one.

A further detail of interest was how dishonest this woman was. She told my girlfriend at the time that she had kicked her husband out of the house for something or another. After some days or weeks passed it became known that it was she who had been kicked out by her own husband, presumably for going way too far in one of her anti-all-things-male tirades.

People with grievance mindsets are consummate liars. Like drug addicts (and many of them are in fact druggies too), they are professionals at blaming everybody but themselves for their own problems. This skill is highly refined, and there is no way to be reasonable with such people in an argument over personal responsibility. They are extraordinarily manipulative and even when someone else knows for a fact that the grievance is wrong, they find themselves unable to articulate that clearly without causing something like a volcanic upheaval.

Now imagine that we have something like 45% of the nation partly or completely buying in to this. These leaders above have done so. They accuse President Trump of being a hate-monger. Nothing is farther from the truth. But the argument is so manipulative and skillful that there are only two real avenues to take with such people: Ignore them and go on one’s own way, or challenge their delusion directly and tell them it is nonsense and that they have no excuse for their misery – they are doing it to themselves.

I tried that second route a number of times. I did it to one extremely deluded relative and the result was I was cast out of their home, never to return. I did it to managers who were deluded by office politics and no longer cared about anything except preserving their own jobs. That ended several months later in a conspiracy developed and carried out to ensure my own dismissal for reasons that were complete nonsense themselves. It was well carried out, too, and I have to give them credit for that.

This is one of those situations where folks not knowing everything about a situation are very easily drawn to believe the “aggrieved” person. The guy or girl who is in the right often cannot articulate it because they, like so many of us, think we have to articulate it on the terms of the aggrieved. It is not possible. We can either ignore or confront. There is no negotiation, because all negotiation leads to appeasement of the aggrieved.

This is what we are facing this election cycle. A large number of victims, each with his or her own gripe, versus people who know they have to face their Creator at every moment and that there is no excuse for not doing one’s best. These are two radically different groups of people.

One of them is going to be in control of the United States after the election this fall.

And that is why we are seeing a full frontal attack, using issues old and new in a relentless barrage against President Trump and his supporters. The victims may have realized that the Trump people are not going to change their minds, so now the strategy for the liberal loons to hit the normal people over and over until they lose the sense of being supported by each other. The effort is to discourage Trump people from voting. They know there is no convincing them to join the other side, and they are in fact losing their own to people who wake up from the delusion of eternal victimhood and realize they want to live life as something else.

One can only expect these attacks to increase. Since the leaders of liberal states and cities are so quick to blame Trump, the result is going to be more violence, more death, an ever-increasing exodus of people from these locales and more and more bitterness. One wonders if the US will indeed fragment even if Mr. Trump wins. 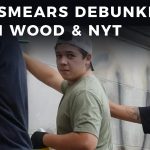 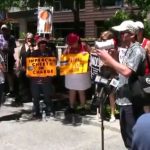