There are some basic questions that Americans must consider if they are rational and able to think through things critically:

Do you live in a large American city? Many of us do. Is your city run by a Democrat government or a mixed or even Republican government? How much have things changed in your city over the last five or six years?

How about this one: Are you working now? Are you not working? Did you lose your job to the virus? Have you found another one? How are things going with getting by?

What is your sense about your society and your city and your country? What do you believe is contributing to the success or failure of life where you live?

For Democrats, these questions have a very short-term set of answers that they like a lot, and for Republicans, and people who are still trained to take the longer view of life, they have a set of answers that are logical but not always the most pleasant right now.

Were it the case that we were all infantile, the matters of right this very second would be all that mattered, and the easy blame for it would fall on President Trump since he is the guy “in charge” while all this is going on.

But to those who understand the Constitution of the United States, the limits of presidential power and basic strategy, what seem like maddening and even dangerous moves (or lack thereof) begin to make sense.

We call the United States a “democracy.” This is a convenient catch phrase to try to demonstrate that “we, the people” have a real say in the direction of our nation. This is true. We do. And in November a huge choice will be set forth before the American people – not only who resides at 1600 Pennsylvania Avenue, NW, but what the American nation will become.

However, we are not a democracy. Democracy is mob rule. We are not there yet. The Constitution’s framers understood this danger of mob rule so they created a structure that gives many moments of pause before the population of the country commits itself to a possibly self-destructive path. However, this model’s success is predicated on the citizens (at least a majority of them) understanding that this is how it works, and it also is predicated on the notion that the government of the United States, and even the nation itself, do not stand supreme. God does, and as America’s only real King, we are accountable for our choices before Him, as they follow or oppose His laws given to all of us.

This election pits the people who know nothing about this against those who do. If logic and Christianity were the dominant forces in the United States, the victory in November would be so clearly towards President Trump that it would look like an old Soviet election: “This just in, with 0.0001% of the precincts counted, Donald Trump wins!” – this is simply because where true Christianity enters the picture, the Democrats come up all zeros right now. Tucker Carlson summed it up in one sentence in a previous video we also have an article about:

“The gender-transcendent mermaid queen-kings are here! And it’s a whole new deal now. Get psyched!”

Add to this violent and deadly racism and racist attacks committed in the name of “racial justice”, a major call to socialism and drug legalization.

It should be open-and-shut.

We are really in a struggle this time. Christians are no longer an automatic majority in the United States, for many Americans have been deluded into believing that Christianity itself is whatever they personally feel like it should be. It is a philosophy at best, not the Way that had people dying for it by the thousands and millions throughout history. Now it is simply a third-rate choice to go to Church on Sunday and be nice to people because that is being Christian.

It is really hard to tell.

This election is going to tell us all a lot about what American is. We might know who we personally are and what we stand for. But just because we know, there is no guarantee at all that others feel as we do and think as we do.

So, we have to take all of this seriously. The Video linked below should continue to help us in that vital decision making process.

And, it is entertaining too. Tucker Carlson has the gift of making this stuff amusing to watch and thankfully he is a lot lighter than your author here is at times.

Here is an interesting article that looks at which Americans support Donald Trump: 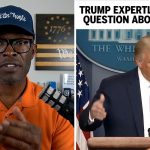 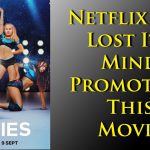