This is one of the more dire reports offered by Dr. Steve Turley. He proposes that the leftist rhetoric that President Trump is planning a coup attempt may have some grounding in reality.

This is not to say that Mr. Trump is trying to overthrow the government. He is still President, after all, and will be regardless of who wins the 2020 election until January 20th, 2021. He may, in fact, simply do what Dr Turley lays out as an attempt to create a legitimate election that would settle the matter (presumably in his favor, judging from support we have seen). However, for the Left, this attempt to do what is right is impossible for them to see that way; for them, anything the President does is bad, and must be stopped. Anything.

What surprises me in viewing this is that Dr Steve does not mention the usual things he has in this period – that the legal team is trying to push the election to the Supreme Court / House of Representatives by decertifying vote totals in several key states in which massive voter fraud is evidenced. There is some progress in getting that case heard, too, as Georgia, and Arizona have both said they will audit their ballots, and similar moves are up in Pennsylvania, Michigan and Wisconsin.

Yet, Dr Turley notes very clearly that when the MSM “normalized” the riots we all saw over the summer, calling thing things like “Fiery but mostly peaceful protests (CNN)” – which they were not – they were murderous and deadly – but the press whitewashed them as “normal political discourse.”

Would it not be so that the Right would simply make the same claim, were they to become actively resisting the onset of Biden the Robber?

This one may make us all think.

100 minute audio podcast from some guy in PA..

All those politicians belong in a coup, no matter the direction of their willful ignorance. 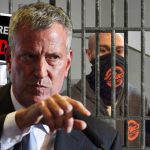 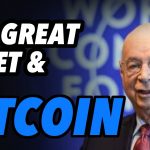