The misnamed Anti-Defamation League is a joke, or it would be if so many people didn’t take its ravings seriously, and if a great many more were not intimidated by its smear campaigns.

Recently, its head honcho Jonathan Greenblatt branded Donald Trump an anti-Semite, more specifically he accused him of spreading “antisemitic tropes” about Jews and Israel, according to the Guardian. This is the same Jonathan Greenblatt who called for Tucker Carlson to be fired for spreading what he called the white supremacist theory of the “Great Replacement”. As pointed out here in September, the Great Replacement isn’t a theory, one can argue the reasons it is happening, but the fact that it is happening isn’t open to dispute, as Carlson pointed out in response when he quoted a New York Times correspondent who said the same thing as him in different words.

Regarding Trump, Greenblatt made his comments in an interview with Jake Tapper of CNN. The claim that Trump is any sort of anti-Semite is too silly for words. In the first place, if he were, he would hardly have allowed his eldest daughter to marry an Orthodox Jew, or would perhaps have disowned her. In the second place, Trump bent over backwards not to please the Israel Lobby – something Greenblatt would have us believe doesn’t really exist – but to bring about a lasting peace in the Middle East that would benefit Israel and every other nation. His methods were unorthodox, but they succeeded, and had he not been cheated out of a second term, he would very likely have solved the Palestinian question as well.

So what is Greenblatt complaining about this time? Trump said recently in an interview with an Israeli journalist that a lot of (young) American Jews don’t “love” Israel anymore. Even if this statement were untrue, how would it be anti-Semitic? Indeed, one of the stock claims made by organisations like the ADL (and individual smear mongers) is that Jews are too loyal to Israel, so how can Trump claiming the opposite be considered an anti-Semitic trope? The answer is simple, for people like Greenblatt, words mean whatever they want them to mean.

Trump also alluded to the power Israel used to exert over Congress but doesn’t any longer. Again, this is no big secret, indeed AIPAC was set up to do precisely that, to lobby Congress.

Like other lobbies in Washington, indeed like similar political organisations everywhere, AIPAC has a right to lobby the Government, These lobbies, in no particular order, include but are not limited to, the drug industry (Big Pharma), the race industry, feminism, the gun lobby, and, if one is to believe Jen Psaki, Big Meat.

If AIPAC had no influence at all on Congress, it wouldn’t exist. The power of the Israel Lobby was once incredibly strong, so strong that the Shah of Iran commented on it publicly in an embarrassingly candid 1974 interview, but for a number of reasons that power has ebbed since the 1990s. One of these reasons is because there are now many Palestinians and their supporters living in the West. Another is that the behaviour of the Israeli Government has alienated countless people, including Jews. Need we mention Operation Cast Lead or the Flotilla Massacre?

This absurd double act between Tapper and Greenblatt is part of a concerted campaign to prevent Trump from running again three years from now. Greenblatt should be careful what he wishes for; if he and other Zionist Jews don’t like the sound of President Trump in 2024, how about President Omar, Tlaib, or Heaven forbid, Ocasio-Cortez?

as well as anytime you to happen to disagree with a Jew about something or other, no matter what, chances are he’ll accuse you of being anti-semitic. Just like under our woke current government, anytime you agree with someone who happens to be Black, you are likely to get branded a Far Right racist, or if a man criticizes something a woman says, she may call him a sexist or a misogynist. Conversation had become a dangerous sport.

This is the second anti-Trump report I have come across in the past two days. Trying to figure out what this means. It’s either pushed by the Dem party in preparation for the next election, or else the Republican party has decided to support another candidate in 2024. It’s anyone’s guess. Perhaps we will find out soon.

I am sure Donald Trumps Mossad handler (Jared Kushner), had been mentioning Epstein’s tapes of him on the Lolita Express and Jeffrey Epstein’s Mossad Island, on numerous occasions, before important policy decisions.

Donald Trump was in fact, the first De facto Jewish president of the United States, and Donald Trump has been honoured for his services to Israel, with a planned Israeli settlement in the Israeli-occupied Golan Heights, which is to be called the Trump Heights!

Just North of the border but a keen observer of US politics ,I fail to see why people are so enamored with Donald Trump .I know many will come down on me , but for the record I think that Joe Biden will go down in history as being the worse president the US has ever had.Trump already has too much baggage IMHO.There isn’t much thought to what he says and does .Shoots from hip . Pure dark politics. To be fair ,on a political level , we are pretty well in the same boat up here in Canada .… Read more »

This did not just happen by accident. Once conversation and authentic communication has become difficult and complicated with such frequency, people will be first hesitant, and then unable to think ‘outside the box.’ They will not have thought matters through and formed their own notions and opinions by the give and take of normal conversation dynamics– which is an essential aspect in the development of an informed populace. For the most part, we are simply clueless (or worse). THUS…people’s opinion will be easily managed and controlled by the media. People, will accept the standard control narrative of the MSM. We… Read more »

Guy
Reply to  Nobody Special

Words of wisdom ! Bless your heart whoever you are , you are a friend to humanity . 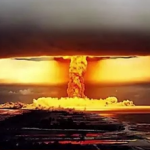