Have you ever wondered why some people, some organisations, some ideologies are treated with derision by the mainstream media? Wonder no more. The people largely responsible for this are smear merchants rather than smear mongers because many of them make a living out of it. Here is one example. Ever heard of Andrew Yang? Of course you have. He has some off-beat ideas, or at least he appears to until you examine them, but as far as aspiring politicians go he is inoffensive to the Nth degree.

Here is how the Southern Poverty Law Center reported on him recently:

“Former Democratic presidential candidate Andrew Yang will speak Saturday about his new Forward Party and creating political coalitions at the 2022 FreedomFest in Las Vegas, which will feature far-right libertarians with ties to white nationalists and antisemites.”

Sounds shocking, doesn’t it? Here are a few of the other speakers at FreedomFest:

And what is so bad about “white nationalists” – are they any worse than black ones, for example, like the Ethiopian Democratic Party?

And anti-Semites include…Jeremy Corbyn? Be serious. Anyone who speaks out against the atrocities of the Israeli Government or the influence of certain crypto-Jewish organisations can and will be smeared as an anti-Semite.

Contrary to what its name suggests, the Southern Poverty Law Center is an extremely well-funded organisation that is both anti-white and anti-American, whatever limited good it may have done in the past.

Very similar to the SPLC is the ADL. Widely known as a Jewish civil rights organisation, the Anti-Defamation League had a curious origin. It was founded in the wake of the death of Mary Phagan, a 13 year old girl who was murdered by Leo Frank in Atlanta on April 26, 1913. Frank was the manager and part-owner of the factory where she worked. There were a number of suspects but eventually they were narrowed down to Frank and Jim Conley. Conley was a low class Negro; there was clear evidence linking him to the murder but the authorities indicted Frank who was convicted largely – but not solely – on the testimony of Conley. This was said to be the first time a white man had been convicted of murder in the Deep South on the word of a black man, and the Jewish establishment hated it. Indeed, to this day the ADL and its fellow travellers have refused to accept the guilt of Leo Frank.

The claim that his trial was rife with anti-Semitism has been refuted time and time again. Indeed, the idea that in the Deep South of 1913 Jews were somehow lower down the food chain than blacks beggars belief. Conley wasn’t even allowed to use the same toilet as Frank.

Over the next hundred and more years, the ADL has smeared all manner of people and organisations as anti-Semitic, not all of them white. And while encouraging non-white immigration into the United States, it supports the idea of Israel as a Jewish state. Nationalism for some but not for others.

There are all manner of organisations similar to the ADL and the SPLC in Europe and other countries, including Australia. Some are dedicated smear merchants, others, like certain Jewish or crypto-Jewish organisations, have specialist departments dedicated to such smear tactics. The Anti-Nazi League (sometimes without the hyphen) was a front organisation for the Socialist Workers Party, and its large Jewish membership didn’t prevent it from being smeared as anti-Semitic on account of its opposition to Zionism. Sometimes bigotry cuts both ways.

The huge influx of immigrants from Asia and Africa into the West over the past few decades has led to smear campaigns directed against especially the followers of Islam. While such smears and attacks do come from political lobbies, especially where Zionism is concerned, most of it comes from individuals, including academics, especially where the alleged mistreatment is of women and homosexuals.

Islam is routinely attacked as misogynistic, even though Benazir Bhutto became only the seventeenth female prime minister in history when she was elected in Islamic Pakistan. Throughout the Islamic world, women serve as administrators, doctors and even engineers although all we ever hear about in the West is the horror of “gender apartheid”.

Under Islam, homosexuality is strictly haram, but for the most part homosexuals are not persecuted as long as they don’t try to corrupt the young or pollute the public space. Sixteen years ago, Peter Tatchell reported that “The Muslim Council of Britain has rejected talks with gay organisations and rebuffed proposals to tackle homophobia within the Muslim community.”

Little if anything has changed since then. Homosexual organisations and individuals continue to denounce Moslems as homophobic, and in return are ignored.

One final word about the smears directed at BitChute and similar sites. According to the Guardian/Observer, this is The UK social media platform where neo-Nazis can view terror atrocities. Sounds shocking, doesn’t it? A little context is needed though.

When YouTube was launched in February 2005, its founders had a Libertarian philosophy. When it was acquired by Google in October the following year, little changed. YouTube was and still is very much the video hub of the world. All human life – and death – can be found there bar extreme pornography. There are videos of animal cruelty uploaded by vegans; videos of torture and executions uploaded by abolitionists; videos of violent crimes, some uploaded by the police…YouTube allowed as near total free speech as the US Constitution, and thus allowed people to sort the wheat from the chaff. But unremitting pressure from all manner of smear merchants and hatemongers has led to much “extremist” material being removed from YouTube. Much of this extremist material has now found its way onto BitChute and related sites.

Does this mean BitChute is a haven for “Nazis” and the like? Not a bit of it. Like YouTube, about the only material you will not find on BitChute is extreme pornography – apart from the contents of Hunter Biden’s laptop! In short, like everyone else, extremists however they are defined will go wherever they are tolerated. If Nazis are welcomed on BitChute, so are smear merchants like the ADL and SPLC.

Ever heard of Andrew Yang?

Pejoratives – aren’t they wonderful? Don’t have to think.
Just call names and watch the braindead follow along. 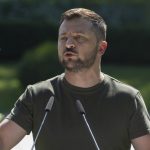 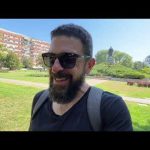