Just like when U.S. President John Fitzgerald Kennedy’s American Government, during the 1962 Cuban Crisis, warned that Soviet missiles in Cuba would mean World War 3, Russia’s President Vladimir Putin’s Russian Government warned, on 20 December 2021, that if its adjoining nation of Ukraine becomes a NATO member (which would present the danger of U.S. missiles only a 7-minute flight-time away from Moscow) would mean WW3.

Russia’s RT News bannered on December 20th, “Russia promises ‘military response’ to any further NATO expansion”. Of course, any “military response” would be against NATO — all of it — and probably within less than an hour, most people on both sides of that nuclear war would be either dead or doomed soon to die — and even throughout the world there would be billions of deaths. No military conflict between Russia and America (and its ‘allies’ or vassal-nations) would be able to remain non-nuclear, because whichever side would be losing any non-nuclear war would promptly release all of its nuclear stockpile against the other, and so the nuclear exchanges would become a part of any U.S.-v.-Russia war.

The reader-comments at that news-report were informative, especially if a reader there clicks onto “Best” so as to be reading first the most “like”ed of the reader-comments (and this means that the most representative of all of the comments are being posted at the top). Here they are:

COMMENTS — “BEST” (the top-listed ones)

About time. NATO expansion must stop, because NATO’s intentions are not good. This organization has done a lot of damage in the last 25 years, and it must be reigned in.

NATO is a defense organization pal, they never attacked anyone!

How true as they were in Libya, Yugoslavia, Afghanistan, Iraq, Colombia – What a wretched Liar.

NATO in its 72 years of existence never defended a single member state only attacked, bombed, invaded a number of foreign nations.

LOL, NATO is an aggressive imperialist enterprise. It has NEVER acted defensively – name a time it has – and every single war, battle, sabotage, and threat it has engaged in has been aggressive, unlawful and evil.

And how can you explain it to the world, that NATO was in several wars, when NO ONE ATTACKED THEM, OR ANYONE OF THEM. Kinda odd for a defense club...

When Russia is done with eastern Europe, think they’d mind coming to our US southern border? It’s not like it is defended at all, anyone can get through, and frankly the Russian troops would be good business for Texas. Considering our true enemy is in Washington DC, I think it would be a good breath of fresh air to have the visitors.

One should keep in mind that during the 1990 negotiations between the Soviet Union and the US-led Western “bloc” over the issue of German reunification (the so-called fall of the German wall), the Western side promised that NATO would not expand itself into Eastern Europe. And yet, expand it did – and it has been expanding, and getting very close to Russia. To this day, Washington maintains a policy of “encircling” and “containing” Moscow. In fact, declassified documents that became public in 2017 show us that between 1990 and 1991, security assurances against any such NATO enlargement were given to Soviet authorities by western leaders of the highest level. This 1990 promise was broken, which makes Russia the aggrieved party – and not the other way around, as US narratives would have it. Basically, the so-called Iron Curtain fell, while its western counterpart (NATO) has grown larger and stronger – even though the Cold War supposedly ended. And that brings us to the current crisis.

I have long been expecting Putin to do this, and have been (and am) puzzled at the delay. But he’s probably right to have delayed it this long. Russia’s military has improved a lot since 2014 when a warning such as this was first appropriate. Also, he handled the aftermath of the coup just right. So, now, he’s finally lowering the boom on the U.S. regime. Certainly, the move shouldn’t have been delayed any longer, and right now is probably the best time to do it. Mercouris explains all the reasons.

The dumbass western “analysts” time and again confirm Maria Zacharova’s statement that they ” see things that are not there but do not see things that are there”. While their own countries are imploding economically, socially and morally and crime is becoming the “new normal”, while their hopelessly corrupt politicians and their puppet masters administer one “lockdown” after the other and install an orwellian surveillance state, they still fantasize about ukraine joining NATO – even though that is now officially off the table – and russia starting WWIII. Most of them of course do not speak a single word of… Read more »

Good summation. There have been some American voices, if not enough, speaking out publically against this neocon driven insanity, among them Tucker Carlson, Col. Douglas MacGregor and Tulsi Gabbard. An important flank against the war party can be the dire situation in Afghanistan, which has caught the attention of some members of Congress. It is a morality test for the United States, as to whether it is willing to work with Russia, China, India and Pakistan, et. al. to deal with a humanitarian crisis for which it is primarily responsible.

Mr. Zuesse portrays the current Russian ultimatum to the USA as something of a mirror to the American position in the 1962 Cuban crisis. This might seem to be an accurate analogy at first glance, when viewed through the grossly distorted prism of Western propaganda, but there’s a confounding fact that’s being overlooked – in the 1962 Cuban missile crisis, the USSR was responding to the American placement of stategic nuclear missiles in Turkey, in the USSR’s backyard, just a stone’s throw from Moscow. The United States of America was the aggressor back then in 1962, and it still is… Read more »

Well that’s what I call a real red line by a real leader. 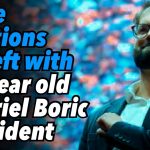 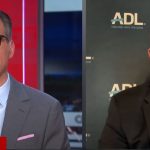