There is an obvious fact, people are here today hoping for a return to normal. In the meantime, things are changing, rapidly. Entire industries are becoming unnecessary or obsolete. Sure you can get around with a horse and buggy, but today, most people drive their car. The difference is that changes are happening so rapidly that it’s not a generational event. It’s in a matter of years or even months. Without a relatively stable transition period, many will be left out of work and the displacement will have a negative impact on certain sectors of the economy.

76% of American CEOs say they may shrink office space

Around 3 in 4 American CEOs say their company will need less office space in the future. That's the finding from a Fortune survey in collaboration with Deloitte.

80,000 furloughed as bus industry grinds to a halt

Clarence Cox took over a 35-year-old motorcoach business from his father and uncle and had hopes of one day giving it to his daughters. But with a $5 million fleet parked for months during a pandemic, and no federal aid, his goal now is just to make it to the end of 2020.

Exxon Mobil Corp is “very close” to completing its workforce appraisals in the United States and Canada and expects to unveil job cuts, its chief executive told employees in an email on Wednesday. The job cuts are part of a plan unveiled this spring to redesign how Exxon works and to increase competitiveness, CEO Darren Woods said in an email to its nearly 75,000-person workforce.

Carter’s to close 25% of stores as leases expire

Carter’s is closing a big chunk of its store base but it isn’t giving up on new store growth. The infant and young children’s clothing company operates about 850 stores in the U.S., Canada and Mexico under the Carter’s and OshKosh B’Gosh banners, including co-branded locations.

Disney layoffs: 8,800 part-time union workers among those being laid off

The largest Walt Disney World union announced Wednesday that 8,800 part-time union workers are among those being laid off by the company.

Dunkin’ Brands on Sunday acknowledged that it has held talks on a potential sale to Arby’s owner Inspire Brands. Karen Raskopf, chief

The airline said in June it was reviewing its strategy in light of the travel downturn, with “tough decisions” to be announced during the fourth quarter and analysts expected it would announce major job cuts. The South China Morning Post said the airline was expected to announce the job cuts on Wednesday, adding the figure had been reduced from 8,000 layoffs after government intervention.

Gap Inc. is moving away from the nation’s malls. The San Francisco-based retailer, which was for decades a fixture at shopping malls around the country, said Thursday that it will be closing 220 of its namesake Gap stores – or one-third of its store base – by early 2024.

Vacancy: Prices at NY hotels down $200 with more pain to come | US & Canada News | Al Jazeera

Vacancy: Prices at NY hotels down $200 with more pain to come

More than 200 of New York’s roughly 700 hotels are closed, at least temporarily. The Midtown Hilton has been closed since March. Same for The Edition, a brand new Times Square boutique. You can get a room at the Pierre, just don’t expect the full-suite of white-glove services that have made the hotel a Manhattan landmark since 1930.

The coronavirus pandemic led millions of Americans to turn their homes into offices and classrooms. It also forced many to change their habits to keep their internet bills in check. Shea Dunn, a data-process analyst for Target Corp. who has been working from his Minneapolis home since March, said he never had to think about his household’s internet consumption.

The stock market has risen considerably as we have watched markets attract retail investors and the computer algorithms that follow them. We are able to determine where money is moving into using the data from the EPFR and it has shown massive inflows into equities.

“This is absolutely massive. I have more data to share tomorrow as well so stay tuned. What do you think [about] the implications of a failure of many retail and commercial establishments?”

More than $700 trillion in derivatives. How much can fail before world goes into a tailspin? 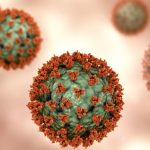 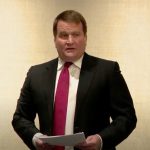