Where do you get your news from?

It is probably not CBS, ABC, NBC or even Fox News most of the time; not if you have a smartphone with a Twitter, Youtube or Facebook feed. In fact, online sources are likely to be first to bring any given story to our attentionand maybe we will go to one of these venerable sources for confirmation, if we have time. Most of the time we do not take the time to do this.

And, they know that. Yes, “They.” Them. The shadow government. The Deep State. Soros. They all know this.

About two weeks ago, we reported President Trump’s signature of an Executive Order tasking the FCC to examine the reach of “Section 230”, the provision that allows major media companies like YouTube, Facebook, Twitter and others to act with immunity, even as they have moved from the role of communications service providers to editors, making sure that what they consider to be “Fake News” (which is conservative, mostly, people like us) does not show up on their platforms. Given that a huge majority of Americans use Facebook as a means of communication with one another and with interest groups there, and given that YouTube is accessible to everybody and is the (by far) de facto platform for the sharing of video content, this amounts to communication and news management that The New York Times, The Washington Post, The Wall Street Journal, and all other printed and broadcast publications can only dream about.

In the time period since the Executive Order was signed, Facebook has pushed its censorship efforts into overdrive. The expectation of many of us had been different: that, after the Order and the appearance of Big Tech executives before the House Judiciary Committee on July 29th, these companies would back off of their aggressive censoring of conservative news.

This was wrong. They stepped it up, and almost immediately after that hearing. On August 7th, Facebook and Twitter removed a coronavirus-related post that the Trump campaign posted, citing that it gave misleading information about the illness and treatment. In that video, the President is quoted as saying that children are “almost immune” to the virus. (The fact is, they are.) Yet the video got canned. Another video actually contained testimony attesting to the success rate of the therapeutic medication hydroxychloriquine, and that video was also removed from Youtube and Faceook (though it did get 14 million views first).

The “accepted” narrative in the United States is that the coronavirus is so dangerous that we must listen to the “science”, meaning the selected people who whipsaw back and forth in their narrative about the coronavirus to keep the population frightened, agitated, isolated… and under control.

Some of that “control” is also much like releasing steam from a pressure cooker, when people are encouraged to shelve their COVID-19 fears and go out and destroy property and attack police or really just about anybody they can find, all in the name of “racial justice.”

(It is for this reason that I now presently use Russian sources for establishing benchmark positions on the availability of coronavirus treatments and vaccines – there is no political dog in the game in Russia, so the information concerning this has very little political pressure applied to it.)

Many of my own newspieces here on the Duran get flagged on Facebook when I share them across groups on that network who are interested in what I write. Facebook apparently is, too, because they keep blocking my access to these groups. I manage three groups there, and I am presently trying to create a distribution network through them, but it is all volunteer and I certainly cannot fault anyone for simply not wanting to involve themselves in my “vendettas” as it was once said.

All of this leads to the headline’s point: A journalist named Millie Weaver created a documentary video entitled “ShadowGate” which makes the same case that I have also noted and been saying: that elements in both American political parties are attempting to get rid of President Donald Trump, that they are using a highly integrated network of both state agencies and private organizations in a bid to overthrow the President, whether that be through creating an illusion of failure that gets him voted out of office (and replaced by the would be Pawn-in-Chief, Joe Biden), or assassinated should President Trump win re-election.

The ShadowGate video was also removed, but not before a lot of wise people archived it. I am one of these who archived a copy of it myself, so we will maintain a link or a way to get it for anyone who wants to see it. At the time of this writing, the video is available here, and below can be seen some interesting segments from it, protected with a diversionary ‘wrapper’:

Its creator, Millie Weaver, was arrested. She cleverly got the arrest on a video on her phone, and that media has not been removed. Now, granted, this could be a really clever publicity stunt, but I rather doubt it. The police who arrested her apparently showed no warrant, but it is understandable that as a rattled mom, Millie may not have even thought of this in her state of shock at being accosted by the police at her own home. Below is a brief summary update which includes footage of the actual arrest:

UPDATE: Millie and her husband / boyfriend were released from jail, but the story that this secret order was related only to a family incident dealing with a cell phone still seems pretty strange. We will follow this story as it develops.

If this were merely the machinations of one political party against another, policies being the same, I would not waste my time writing about things like this. I am highly allergic to conspiracy theories. They make great thrillers, but their realities are usually so cumbersome that I cannot imagine why anyone would even try to do things like “secretly run the world.”

However, with President Trump we have something very unique in US history. President Trump came on the scene against the desires of all the powerful people in the US – he was a populist, elected by regular Americans. While one could attack any and all aspects of his personal life and history, the President is acting very honestly as a defender of Christianity, of a traditionally-valued America. He is not a “holy roller” in the religious sense, but he understands that the US receives its great blessing of existence from God, and as President, he knows that he ultimately serves God.

This point of view has been manifested again and again in his policy moves both at home and abroad. He has kept the US from getting into new wars and made great progress in ending our involvement in old ones. He has allowed the American military to hold its traditions and prevent transgender people from serving in the armed forces. (Any soldier can tell you how vitally important this is). He has championed the right to life and is the only US President to speak at the March for Life.

Christianity is not measured only by the openly visible act of going to Church (something the President also does); it is measured by how one lives and projects Christlike values everywhere in life. President Trump has repeatedly demonstrated this.

The previous administration dedicated itself to tearing down Christianity as a way of life and the source of traditional values in the USA. The prospective challengers for the Office of the President are CINO (Christians In Name Only): A Roman Catholic who supports abortion at all stages. A Baptist who supports cannabis legalization. In other words, these religious labels don’t wash out in how these candidates actually would live and govern.

One cannot give lip service to God and expect it to work. It seemed to do so for a time in America, but that is how the country got the way it is presently. Now we stand at a watershed point in American history. This is the time when we have to openly state who we are. Facebook and other big tech giants have no problem stating that they are for all things secularist. In fact, they are dedicated to shutting down real Christian activity. We will cover how this happens in a future piece.

The battle lines are visible to anybody who wants to look at them. And whether we wish to see the war as it stands or deny it, we are being forced into the pressure cooker by the powerful in a way that has never happened before in US history.

The conspiracy’s roots may be shadowy, but the effects – the censorship, this arrest of Millie Weaver, the creepy nature of the shadowy forces energizing Antifa and Black Lives matter – are all very real.

Okay, the video got removed from Youtube, and you’ve archived it.
Then you expect us to see it from Infowars? Really? No, thank you.

according to that logic you need to disregard the video altogether since Millie Weaver contracts as an Infowars correspondent.

lol @Zantimas who thinks examining information is like cheering a football team.

Mr Hanisch, you cannot have something that is “very unique”. Unique means the only one of its kind in existance. 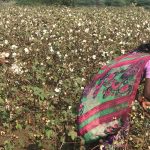 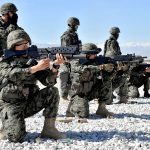