On 6 July 2020, an article extolling the benefits of genetically modified (GM) crops appeared on the BloombergQuint website based on an interview with Dr Ramesh Chand, a member of the key Indian Government think tank Niti Aayog (National Institution for Transforming India) . On 17 July, another piece that placed a positive spin on GM crops and gene-editing technology (Feeding 10 Billion People will Require Genetically Modified Food) appeared on the same site.

The three academics felt that “a responsible and factual response” was required and have written a letter – containing what could be described as the definitive analysis of Bt cotton in India – to Dr Ramesh Chand, Dr Rajiv Kumar (Niti Aayog Vice Chancellor) and Dr Amitabh Kant (Niti Aayog CEO).

Chand is reported as saying that there is no credible study to show any adverse impact of growing Bt cotton in the last 18 years in the country (India’s only officially approved GM crop). This is simply not the case. Moreover, Gutierrez et al argue that all of the credible evidence shows any meagre increases in cotton yield after the introduction of Bt cotton in 2002 were largely due to increases in fertiliser use.

Before proceeding, it is pertinent to address the claim that ‘feeding 10 billion people will require genetically modified food’. If we take the case of India and its 1.3 billion-plus population, it has achieved self-sufficiency in food grains and has ensured that, in theory at least, there is enough food available to feed its entire population. It is the world’s largest producer of milk, pulses and millets and the second-largest producer of rice, wheat, sugarcane, groundnuts, vegetables and fruit.

However, food security for many Indians remains a distant dream. Hunger and malnutrition remain prevalent. But that is not because farmers don’t produce enough food. These problems result from other factors, including inadequate food distribution, social and economic policies, inequality and poverty. It is a case of ‘scarcity’ amid abundance (reflecting the situation globally). India even continues to export food while millions remain hungry. Productivity is not the issue.

And while proponents say GM will boost productivity and help secure cultivators a better income, this too ignores crucial political and economic contexts; with bumper harvests, Indian farmers still find themselves in financial distress. India’s farmers are not experiencing hardship due to low productivity. They are reeling from the effects of neoliberal policies and years of neglect. It’s for good reason that the calorie and essential nutrient intake of the rural poor has drastically fallen.

Yet the pro-GMO lobby has wasted no time in wrenching these issues from their political contexts to use the notions of ‘helping farmers’ and ‘feeding the world’ as lynchpins of its promotional strategy.

The Chand interview occurred at a book release event for a new volume titled ‘Socio Economic Impact Assessment of GM crops: Global Implications Based on Case Studies from India’ edited by Sachin Chaturvedi and Krishna Ravi Srinivas of the Delhi-based Research and Information System (RIS) for developing countries – a policy research think tank in the Ministry of External Affairs.

Gutierrez et al state that what Niti Aayog and RIS representatives say and write are existentially important because of their deep links to Indian policy makers: their views can have a large impact on the future development of policy in the area of genetic engineering and related technologies such as genomic editing, which will affect the long-term health, livelihood and welfare of Indian farmers and the nation.

Chand posits that opposition and uncertainty to GM technology lingers because it has created fear in the minds of people. He appears to imply this is one reason why the Indian government did not embrace the technology and that media reporting has relied more on activists than on scientists.

GMO biotech lobbyists have often stated that science has been sidelined by activists who have swayed the policy agenda.

In the journal Current Science (September 2019), Dr Deepak Pental responded to a previous paper in the same journal by eminent scientists P C Kesavan and M S Swaminathan, whose piece cited good evidence that questioned the efficacy of and the need for GMO agriculture in India.

Pental argued that the two authors had aligned themselves with environmentalists and ideologues who have “mindlessly” attacked the use of GM technology and that aspects of their analysis are a reflection of their “ideological proclivities”.

However, in India it was a unique four-month scientific enquiry, not activism, that led to the rejection of the commercialisation of Bt Brinjal in 2010. And if we look at Europe, robust regulatory mechanisms are in place for GMOs as it is agreed they are not substantially equivalent to their non-GM counterparts.

Numerous studies have highlighted the flawed premise of ‘substantial equivalence’. Furthermore, from the outset of the GMO project, the sidelining of serious concerns about the technology has occurred and, despite industry claims to the contrary, there is no scientific consensus on the health impacts of GM crops.

Both the Cartagena Protocol and Codex share a precautionary approach to GM crops and foods in that they agree that GM differs from conventional breeding and that safety assessments should be required before GMOs are used in food or released into the environment.

These concerns cannot be brushed aside as being non-science based. Such accusations are political posturing, part of a strategy to slant the policy agenda and divert attention away from evidence that leads to the questioning of the safety, environmental impacts and record of GM crops…

I can honestly not ever understand why there is a pro-GMO lobby! In all rational thinking, how? There are healthy, organic products which increase produce volume and make the plants more resistant to disease. GMO is toxic and the only plants that thrive after GMO treatment are weeds. After GMO treatment, crop rotation does not function thus reducing bio-diversity. GMO proponents, just look at organic alternatives, they exist!!! Adopt them so you have the financial benefit which is your main interest but at least allow people to eat healthily.

How can you not understand it? It exists for the same reason virtually all other lobbies exist: money. GM crops have to be produced by someone, and if the producer has a patent on the genetic code of their GM crop, they control the supply entirely. And once they eliminate all competition, you are forced to buy from them, and them alone. Thus, a lot of money is involved, and as you can imagine, it pays to be part of the GMO lobby.

One only needs to look at what happened in Punjab to see the effect of Monsanto et al. have on the community, the economy, and the environment. Monsanto’s Bt cotton resulted an ecological disaster which almost destroyed Punjab’s agriculture. Their GM cotton, touted as a new pest resistant cotton variety, supposedly not requiring pesticide use, resulted in widespread pest outbreaks on a never-before-seen scale. Pests which never before attacked cotton were attracted to Monsanto’s new “miracle” cotton. Desperate farmers resorted to pesticides (also produced by Monsanto et al), using them in record amounts (which itself caused untold harm to the… Read more » 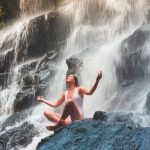 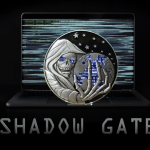