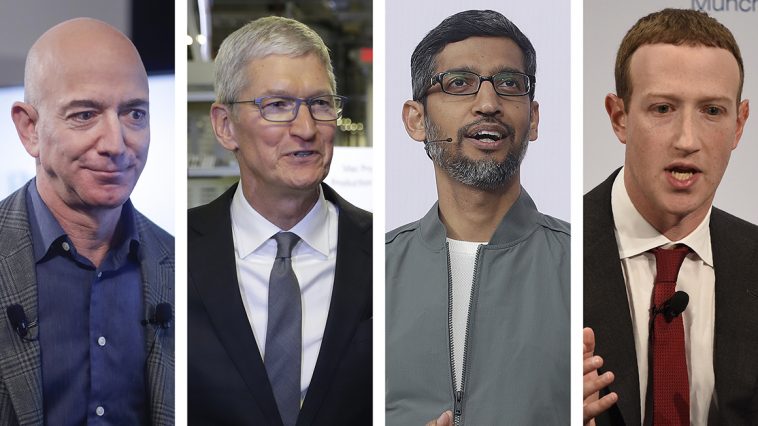 Breitbart News’ Lucas Nolan took no prisoners in his assessment of the House Judiciary Committee hearing of the most powerful Tech CEO’s in the United States. These leaders, representing Apple, Google (Youtube), Amazon and Facebook (WhatsApp), were well prepared to lie to a committee that itself had divided goals.

It could be, and has been, said that all of the House Committee presented themselves as critical of the Big Tech leaders, but not for the same reasons. The Democrats were concerned with issues like antitrust – the companies being “too big” or “monopolies” in their industries. However, in so doing they sidestepped – and disagreed with – the GOP representatives, who are deeply concerned about the well known fact that these companies are engaging in editorial review of news and information posted on their social networks, and in doing so are stepping far out of line from the de-facto roles as communications utility companies.

Right now this issue is not resolved because an old FCC regulation has not been been adequately defined to determine that these censorship practices are in fact, unlawful. As a matter of fact, this issue firmly sits in the realm of ethics, and since all of these leaders are Democrats, even radical Democrats, they see no problem in tailoring their platforms to “lose” or “disallow” information from conservative writers.

In recent times, Alex Jones, Rush Limbaugh, Breitbart News, and many others have been knocked completely off the major platforms of Facebook and Google and YouTube. Rush Limbaugh’s podcasts tend to last only a few hours before the platform removes them. I have currently this beauty posted to one my my news pieces about Holy Communion being banned in Toronto, where Facebook employed AFP (Agence France-Presse) to “fact check” my piece and claim that it was untrue. (However, it actually IS true and the fact checker reportedly used the very news piece that says it IS true to say it wasn’t, apparently picking at the word “suspended”, not realizing that that means “not allowed”, a.k.a. “banned.”)

I further experience censorship by being disallowed to post news articles from The Duran or other conservative outlets on Facebook. I am presently crippled by not being able to distribute many news pieces across many groups who are interested in them.

The Breitbart newspiece addresses what happened:

The most powerful tech CEOs in the country, representing Apple, Google, Amazon, and Facebook, appeared before the House Judiciary Committee’s antitrust panel to discuss their market dominance and censorship yesterday. Here are some of the most misleading answers the CEOs gave Congress.

Yesterday, the CEO’s of major American tech firms Apple, Google, Amazon, and Facebook appeared before the House Judiciary Committee’s antitrust panel to discuss the market dominance of their firms and issues relating to censorship on their platforms. During the hearing, the CEOs made a number of claims relating to their platforms and the competition they face. Each of the CEOs made extremely misleading statements, with Google CEO Sundar Pichai regularly misrepresenting how Google operates or the competition the tech giant faces.

Here are six instances where the Masters of the Universe stretched the truth:

We will not give all the details here, and we encourage our readers to go to Breitbart to capture all of this piece, but we do want to give the main points. We continue, with some emphases added:

…Google accounts for 90 percent of online searches according to GlobalStats, while competitors such as Microsoft’s Bing and the privacy-focused DuckDuckGo may attempt to compete with Google, the company faces no real threat or competition.

Google’s search dominance is one of the reasons that the company was able to suppress the search results of Breitbart News and other conservative news websites,essentially “purging Breitbart content from search results since the 2016 election,” according to Breitbart News’ reporter Allum Bokhari.

Recently Breitbart News reported that Breitbart’s ranking in Google’s search engine had diminished significantly following our publication of a story in 2016 that at an internal meeting leaked to Breitbart News, top Google executives, including Sundar Pichai, Sergey Brin, and Kent Walker, expressed their anger over President Trump’s election and compared Trump voters to “extremists.” During the meeting, the executives discussed their desire to make Trump’s election and the populist movement a “blip” in history.

Search visibility is a key industry measure of how findable a publisher’s content is in Google search. New data shows that Google has suppressed Breitbart’s search visibility by 99.7 percent since 2016.

Breitbart News has repeatedly revealed Google’s political bias, yet the company’s CEO still attempts to claim that the tech giant does not approach its work “with any political viewpoint.”

While it is true that due to China’s restrictive “Great Firewall” many U.S. companies such as Facebook and Google are unable to operate directly within the country, that hasn’t stopped Google from making multiple deals with the Chinese government and attempting to launch a censored search engine for government officials.

The search app, codenamed “Project Dragonfly,” would have featured a list of unsearchable terms based on topics that are blocked by the government of China…

…Sources told the Intercept that Gomes informed employees in July 2019 that the company planned to release the censored Chinese search engine as soon as possible and employees were to prepare the engine to be “brought off the shelf and quickly deployed” once they received approval from Beijing.

Google’s Sundar Pichai was not the only tech CEO to misrepresent how his company operates, Apple’s Tim Cook also made the bold claim that all iOS developers that attempt to have their app listed on Apple’s App Store are treated equally…

However, Breitbart News has reported that Apple has a long history of removing apps from its store for a number of reasons and often with little cause. Breitbart News reported in 2016 that the app of the upstart social media network Gab was removed from the App Store by Apple over content posted by users on the platform, not content generated by the app itself.

Gab CEO Andrew Torba commented at the time: “The double standards of Silicon Valley are on full display with this app store rejection from Apple. Apps like Tumblr, Reddit, and Twitter are flooded with pornographic content and allowed to remain on the App store.”

“Gab empowers users to filter out this type of content, mute users who share it, and also features a reporting system to flag illegal content,” he continued. “Apple went out of their way to seek out this content and find any reason to reject our app. We will continue to appeal this decision and defend free speech for everyone. In the meantime, Gab can be accessed from any mobile browser as always.” The Gab app is still unavailable in Apple’s app store.

Jeff Bezos, the richest man in the world and CEO of e-commerce giant Amazon, noted in his opening remarks claiming that Amazon was not a monopoly that: “Amazon accounts for less than 1 percent of the [$]25 trillion in the global retail market and less than 4 percent of U.S. retail.”

We forecast that Amazon’s 2020 US retail ecommerce sales will rise 17.2% to $260.86 billion—4 percentage points higher than the expected overall growth rate for US retail ecommerce sales. As a result, Amazon’s market share will increase from 37.3% in 2019 to 38.7% this year while expanding its lead over the No. 2 player from 31.7 points to 33.4 points. We expect this momentum to continue into 2021 when it will reach 39.7% market share.

Andrew Lipsman, eMarketer principal analyst and report author, noted: “What’s surprising is that despite accounting for nearly four in 10 e-commerce dollars, the company continues to gain market share and extend its lead.”

So while Bezos is correct that in terms of global retail Amazon does not have a monopoly, it does have a stranglehold on e-commerce in the United States and a large chunk globally.

Facebook CEO Mark Zuckerberg made a similar claim to Google CEO Sundar Pichai, that the tech giant regularly faces competition from other tech firms. Zuckerberg did this by suggesting that Facebook was competing with every single tech product that connects people, this would include video calling services such as Zoom or even niche social networks such as Pinterest.

“The space of people connecting with other people is a very large space,” Zuckerberg told Congress. This is technically true but what the CEO failed to mention is that 69 percent of Americans are using Facebook, according to the Pew Research Center. The next most popular social media network is the Facebook-owned photo and video-sharing app Instagram, which is used by 37 percent of U.S. adults.

Zuckerberg may be able to argue that in the broad definition of tech that connects users together Facebook does not dominate the market, but in terms of actual social media network dominance, Facebook’s power is unparalleled.

Breitbart News offers further news and opinion about this hearing at the linked text shown here.

The CEO’s indeed came prepared, rhetorically, but as one can see, they were pretty sure of themselves that they were not about to change their practices. These men have tremendous power because they basically control a huge amount of communication and commerce.

For me, personally, the fact that they control such a large part of the market moneywise is not very important. As an Amazon consumer, for example, I appreciate the high quality of products and services Jeff Bezos’ company brings. I also appreciate his efforts to develop commercialized space travel and tourism. I own and operate my own business with Apple products and I am very happy with my range of equipment that they make. For me, the vast fortunes these entrepreneurs have is well-earned and I think they ought to be able to continue making great products and services.

But when anybody starts to interfere with that most precious right in America – the free exchange of ideas and opinions about anything and everything under the sun, this is symptomatic of these very powerful men presuming to know what is good for everybody else, and that is elitism. It is one hundred percent clear that they are censoring conservative speech – they censor mine and others I know, over and over. For us, this is not a debate about “if it exists”, it is a question of “how to deal with this; how to work the system to get through the firewalls or around them.”

Ultimately new networks will gain a solid foothold and this may have already begun with Parler having gained an unbelievable number of users, mostly conservatives, in the last few weeks since the Big Tech censorship really increased. In time, this may create a competitive force against networks like Facebook, but it is also likely that because of Facebook’s enormous penetration into many aspects of life for so many people, their censoring practices will create narratives that Facebook approves of, narratives capable of warping personal and group thinking, and creating a perilous situation for every user on their network, though the users may not realize it.

These guys control the present.

We included the hearing in full length for anyone wishing to put themselves through such a feat. 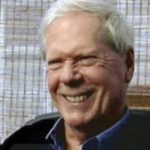 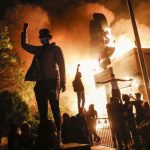