As the race for the 2020 Presidential election resumes its full force, Big Tech companies like Facebook, Google, YouTube, Twitter and others have been observed rather blatantly attempting to censor posts by their users, whether those posts be personally held “private” opinions or newspieces. Here at The Duran, we have felt these efforts deployed against us for years, and in an interesting confirmation of the giants’ power being used recklessly and foolishly, one of my own recent articles, entitled “Big Tech is trying to isolate us – Tucker Carlson snags Google‘ was enjoying a meteoric run on a pro-Trump group on Facebook, garnering over two thousand views in a matter of hours, got removed from the pro-Trump page under the notification that it “violated Community Standards.” What ‘Community Standards’ are those? “Don’t tell Big Tech what it does wrong?”

Apparently so. The piece is presently waiting in the wings for reposting to that group (though it appears on other less popularly used groups in Facebook without any problem. Perhaps the fact that the group in question has close to 800,000 active members – a number big enough to make some serious political noise – makes Big Tech’s “censor that!” flags go off.

Now, private companies generally do have the right to control their communications and PR, and they can bind their employees to non-disclosure and intellectual property agreements as a condition for employment. This is a protected right and there is nothing wrong with it. Using this definition perhaps, Big Tech social media firms may consider themselves as somehow “responsible” for the media that passes through their sites; that if it contains elements of danger to the life and limb of others, such as might be found on a page dedicated to Al Qaeda or ISIS, that this page would be taken down.

Indeed, we heard much of this kind of activity over recent years.

However, with the second term of President Obama, a new catchphrase became incorporated into social media discourse, a nebulous term known as “hate speech.” Now we hear all the time about efforts that “need to be made to stop all forms of hate, such as hate speech.”

This is the narrative being used even now, as the misuse of censorship by big tech firms is about to be challenged. The Deccan Chronicle, of    , features a piece entitled, “If this US bill is passed, Google, Facebook could be sued for removing hateful posts.”

But what is “hateful?” Apparently it is anything in support of President Trump, Christianity, Traditional family values, one’s asserting that they are not racist and hence, will not support Black Lives Matter, and so on. In other words, conservative points of view.

Senator Josh Hawley said his measure, if enacted, “gives users the right to sue if the big platforms enforce their terms unfairly or unequally.”

The bill comes weeks after President Donald Trump accused social platforms of suppressing conservative political voices and signed an executive order which could eliminate the liability shield of online services for content posted by third parties, despite doubts about its enforceability.

The Hawley Bill, co-sponsored by fellow Republicans Marco Rubio, Tom Cotton and Mike Braun, would revise the “Section 230” legal protection mechanism for online services if they fail to act “in good faith” to moderate content.

The bill would strip the liability protection to services that “restrict access to or availability of material against a user by employing an algorithm that selectively enforces” its policies.

The legislation and executive order stem from claims by Trump and his allies that social media platforms are biased, despite his own large following on Twitter and other platforms.

But look at that last little zinger, “despite [Trump’s] own large following on Twitter…” This is not telling the full story about why the President signed the executive order.

Twitter tried to “fact check” the President, employing a “fact checker” who turned out to be a virulently anti-Trump person, and who made an allegation that was easily disproven.

Twitter’s attempt was reported this way on Wired:

What prompted Twitter to finally break the seal was a two-tweet tirade about the supposed dangers of expanding vote-by-mail during the coronavirus pandemic:

· May 26, 2020
There is NO WAY (ZERO!) that Mail-In Ballots will be anything less than substantially fraudulent. Mail boxes will be robbed, ballots will be forged & even illegally printed out & fraudulently signed. The Governor of California is sending Ballots to millions of people, anyone…..

….living in the state, no matter who they are or how they got there, will get one. That will be followed up with professionals telling all of these people, many of whom have never even thought of voting before, how, and for whom, to vote. This will be a Rigged Election. No way!

Later that evening, Twitter added a note to the bottom of the tweet: a big exclamation mark and a message reading “Get the facts about mail-in ballots,” which linked to a Twitter Moment fact-check. “Trump makes unsubstantiated claim that mail-in ballots will lead to voter fraud,” read the bold heading. Beneath it came some bullet points on vote-by-mail, followed by a curated feed of tweets picking apart Trump’s various recent claims about it.

Why was this the moment when Twitter finally took action? The company says that neither of Trump’s incendiary Tuesday threads violated the platform’s rules. But the mail-in ballot tweet fell into a gray area of misleading content that the company believes is so important that it must be corrected, a Twitter spokesperson said. The platform rolled out its new fact-checking approach on May 11, and until this week had only applied it to misleading tweets about Covid-19. (For tweets that the company considers not just misleading but dangerously so, the response is deletion. Most notably, Twitter recently took down posts by the presidents of Brazil and Venezuela that promoted quack medicine.)

The Twitter spokesperson said that flagging Trump’s vote-by-mail tweet was the debut of a similar policy to protect “civic integrity” by correcting false information about voting or the census. Twitter didn’t say so, but it surely helped that this particular tweet contained one nugget of rock-solid, certifiably false information: the claim that California was sending ballots to “anyone living in the state, no matter who they are or how they got there.” In fact, ballots are going only to registered voters.

But politics is full of rhetoric. In some people’s cases, such rhetoric is full on falsehoods. In Trump world it isn’t. The man speaks with a very broad brush, to be sure, but even Twitter’s own claim that the ballots only would go to registered voters hides the likelihood that many of these registered voters are in fact, deceased, nonexistent, or in some way, disingenuous. The argument can certainly be made in both directions. 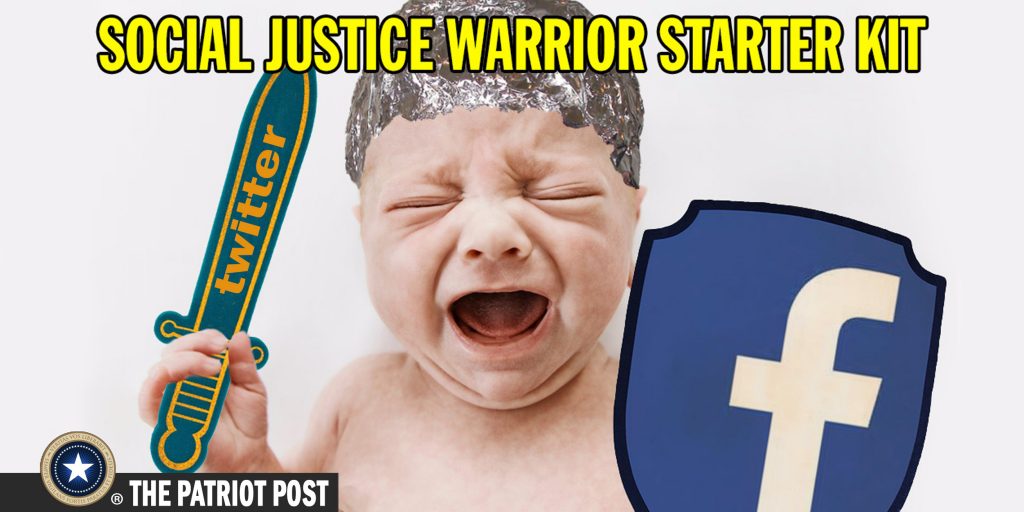 But does a social media company get to moderate such debates? Politics is never a game of only the truth. In the past it has been the responsibility of every citizen in the United States to reason this information out for themselves. So why is Big Tech stepping in like an overprotective (liberal) parent and doing things like deleting politically conservative posts, but then going all in to support leftist causes like Black Lives Matter? As I earlier noted in my own experience, I have endured not only the removal of the newspiece I described earlier (really a good read and listen, too!), but in the last year, Facebook completely shut down my old account because I used it as a base from which to share and distribute newspieces I write, both for The Duran, and for a site called USA Really, as well as my own private blog. Facebook cut me off from well over one thousand contacts without explanation, and without reply to my appeals. Were it not for the fact that I had a secondary account on that platform already in existence, I would not be able to post. In fact, Facebook has prohibited me from creating any new accounts at all. Period.

That is some pretty rough censorship, and I did nothing more provocative than write the pieces you can find on the Duran. Most everything I have ever written for publication is here. Read and see for yourself.

The Limiting Section 230 Immunity to Good Samaritans Act provides that Big Tech companies who want to receive section 230 immunity must bind themselves contractually to a duty of good faith.

This is a beginning. Perhaps Facebook took notice of this, since the bill was put forth on the very day they took down my post, because since then, I have been enabled to make other posts, so far without interruption. Google apparently has jumped about this too. For further and very amusing explanation we turn to Dr Steven Turley, who gives his own usual superb explanation and analysis on the situation.