As one might tell from my subtitle, I have an opinion about this. One might even say, a “judgement.” Representative Jerrold Nadler, a Democrat representing part of Brooklyn, New York, showed the anti-Christian alignment of the Biden Congress in no uncertain terms with his remarks, saying in essence that God’s will has no place in the United States Congress.

An amazing thing happened after he said what he said, which can be seen in the video clip with this piece. That amazing thing was that fact-checkers tried to somehow amazingly prove that Nadler did not say a certain thing, only to show that what he actually said was far worse.

USA Today fact checked the statement, “God has no authority in the House of Representatives” as false.

Almost immediately, a picture of Nadler started circulating on social media with the line, “God has no authority in the House of Representatives” at the top. It was a paraphrase of Nadler’s comment but a legitimate expression of his belief and the Left’s, which is that there’s no room for God in public policy. Not surprisingly, the fact checkers rushed to Nadler’s defense, insisting that he’d said nothing of the kind. “Quote falsely attributed to Jerry Nadler,” USA Today insisted — followed by PolitiFact, whose headline was, “Jerry Nadler didn’t say ‘God has no authority in the House of Representatives.'” Only at the bottom of the piece does the outlet concede, “That’s similar to what’s in the Facebook post, but it’s not a direct quote. We rate the post False.”

Of course, anyone who’s followed Jerry Nadler knows that it isn’t a leap for the Democrat who dropped “God” from the congressional oath to demand we leave him out of the public debate altogether. It’s fine to split hairs and point out that the New York liberal’s exact words weren’t the way some people repeated them. But the pattern is clear: Nadler wants God removed from the House.

What did Rep. Nadler actually say? Here it is, with context given to set the table.

There were a lot of powerful arguments against the Equality Act, but Rep. Greg Steube (R-Fla.) resorted to the ultimate authority: the Bible. During an intense debate on the House floor, the Florida representative said it was time for his colleagues to hear the truth about the transgender issue. But Democrats aren’t interested in the truth — or God. And far-Left radical Jerry Nadler (D-N.Y.) didn’t mind saying so.

“‘A woman must not wear men’s clothing nor a man wear women’s clothing, for the Lord your God detests anyone who does this,'” Steube read from Deuteronomy 22:5. But let’s be clear, he said. “It’s not clothing or personal style that offends God, but rather the use of one’s appearance to act out or take on a sexual identity different from the one biologically assigned by God at birth.” What’s happening when men, women, and children do that, Steube said, is that “they’re making a statement that God didn’t know what He was doing when he created them.” And if Congress supports that — by passing extreme transgender bills like the Equality Act — then this country is “go[ing] directly against what is laid out in scripture.”

Democrats, irate that the Florida congressman dared to quote the word of God on the House floor, unleashed on Steube. Everyone from Rep. Al Green (D-Texas) to Katherine Clark (D-Mass.), shamed him for being transphobic and intolerant. But it was Congressman Nadler’s response that was the most shocking and revealing. “Mr. Steube,” he said pointedly, “what any religious tradition describes as God’s will is no concern of this Congress.“ In other words, take your God and your Bible and leave them out this.

Let’s look at that again. “What any religious tradition describes as God’s will is no concern of this Congress.”

One has to laugh at the absurdity of fact checkers going after the paraphrase, especially when the real statement is far more brazen and direct.

Some people are likely to condemn my next thoughts as being “personal attacks”, rather like the term “disgusting” as applied to Representative Nadler. I would say, “not so fast!”

There is a verse attributed to Christ, “By their fruits shall ye know them.” More fully in context, Christ has this to say, putting this again in context:

Wherefore by their fruits ye shall know them.

And then will I profess unto them, I never knew you: depart from me, ye that work iniquity.

The amazing thing about this incident is that Representative Nadler is not the outlier, he is just very blunt and indeed, a very nasty person when it comes to saying things like this.

I have written many news pieces and opinion pieces pointing out that the problems suffered in the United States have a direct relationship with the overall rejection of God and his will that has taken place there. Even among professed Christians, there is no understanding or reference to doing the will of God among a great many people, some of whom include religious leaders, even bishops and other hierarchs in the Orthodox and Roman Catholic Churches. Some of them are trying to overthrow the God of Heaven and Earth by introducing ideas like the blessing of homosexual marriage, and of course, the issue of gender dysphoria is abetted and grown, not bluntly faced as the result of our decadence and fancied self-sufficiency.

It may be hard to see this in the United States these days because the argument’s language has shifted so much, but let me put it here very bluntly.

What we have is a tremendous amount of rebellion against this. Why? Probably just because this has succeeded in driving people into enmity with one another. Ever hear of the battle of the sexes? We joke about it, but it is real and it is wrong and a perversion of our created nature as men and women.

Representative Greg Steube (R-FL) was right on the money in his talk. It is interesting that even his very words appear to have provoked rage in the Democrats, who hear these truths as stinging arrows which they cannot stand and must silence at all costs.

One has to pity old Jerry Nadler, though. The man hasn’t that long to live, and when his time comes, he will know the truth. One can only hope he comes to his senses because who would want to go to an eternity in perpetual dark flame? But now, he reflects in his person exactly the hatred of God that exists in his soul. It was exceptionally gutsy for any person to say what he did, and he did it easily.

This, friends, is what we must remember in our fight. The spirits of wickedness in high places. We put these people in Congress – do we realize what they would have in mind for us?

Maybe we need to start thinking about the answer to this question when we vote.

And as for Jerrold Nadler, one message: If you are living like there is no God, you had better be right.

so what, nadi is up to his neck full of it …

What one does in his Bedroom is not of our Business! But to impose ones sexual desires, perversities in society culture education and political legislation on a majority That Respects and guards it’s integrity is a criminal violation of Nature and Humanity , with or without the presence of God or RELIGION NADLER AND THOSE WHO INTEND TO CORUPT THE BALANCE AND SANITY OF SOCIETY AND GOVERNMENT HAVE NO PLACE AND NO BUSINESS IN SOCIETY OR GOVERNMENT!

He is simply carrying forth the Democrat’s Party decision to Not use a God on everything they touch…discussed on their own site Before elections.. 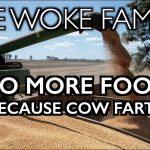 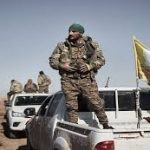