Jesse Watters of Fox News got a story. Congress seems to be on the inside track in terms of their investment choices. Several of them are making out like bandits from investment choices that curiously align very well with the course of the war in Ukraine.

Business Insider ran the piece linked above, which starts like this:

Insider and several other news organizations have identified 57 members of Congress who’ve recently failed to properly report their financial trades as mandated by the Stop Trading on Congressional Knowledge Act of 2012, also known as the STOCK Act.

Congress passed the law a decade ago to combat insider trading and conflicts of interest among their own members and force lawmakers to be more transparent about their personal financial dealings. A key provision of the law mandates that lawmakers publicly — and quickly — disclose any stock trade made by themselves, a spouse, or a dependent child.

But many members of Congress have not fully complied with the law. They offer excuses including ignorance of the law, clerical errors, and mistakes by an accountant. Insider has chronicled this widespread nature of this phenomenon in a new project, “Conflicted Congress.”

While lawmakers who violate the STOCK Act face a fine, the penalty is usually small — $200 is the standard amount — or waived by House or Senate ethics officials. Ethics watchdogs and even some members of Congress have called for stricter penalties or even a banon federal lawmakers from trading individual stocks. On Capitol Hill, lawmakers are now seriously debating such a ban.

All the while, regular people in the US cannot afford to buy gasoline for their cars, inflation is the worst since the 1970s (I remember those days, personally), and Americans abroad in Russia (there are quite a few of us here!), like me, are unable to bring our families home from Russia because the political games are keeping the US Embassy from serving its own people in this country.

Tom Clancy wrote a fact through his book Executive Orders. He pointed out that the American electorate is 40-20-40. Forty percent are locked in to their party no matter what that party’s candidate does, or who he or she is. They are extremely difficult to reach with issues like this, let alone uproot. The twenty percent in the middle are the ones that decide elections in the United States. This is why we call a 53%-47% election a “landslide” when statistically it is a relatively narrow margin. Yet even for us, to take the time to reach that 20% is work, and most of us don’t want to do it, and have been lulled for fifty years or longer into the sleepy state of thinking the government is (1) taking care of us or (2) has no effect on us.

Neither of these are true. Biden’s cronies are cashing in. We are suffering. I have investments in the US, but I don’t have the inside track like these guys do. My geopolitical and domestic political acumen helps me sometimes, but I am not privy to the Plan like these folks seem to be.

I don’t care if people make money – even if people in Congress make money. I do care about how that happens. And if the Congressional members are using an advantage not given to me, I have a problem with that. Don’t you?

Let’s let Jesse speak directly – the man has a gift with words and the tone of indignant outrage. So, watch and find out how your Congressman or Congresswoman or Senator is making out during your own financial struggles. Learn, and remember when the election comes. And, tell your friends about it. 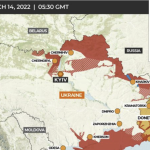