What follows is a full repring of John Varoli’s writing in his own newsletter. It is useful to try to expand his audience – hopefully those reading this, especially in the USA, will take action and contact their representatives and the White House in a “melt the phone lines” campaign – ostensibly to save the world.

I am not sure that Imposter Biden will listen, but silence from Americans is what he wants, because even the illusion of silence means assent.

Personally, this war is not worth going up in a flash of blinding light, or dying in miserable pain from radiation… over Vladimir Putin?! Who is worth that much effort? Love him or hate him, does his removal or death justify killing four or five billion other people along the way?

Here, then is the piece, and here is the link to Mr. Varoli’s own site for anyone wanting to peruse his other works – they are significant.

With his $40 billion for Ukraine, Joe Biden de facto declares war on Russia, upending 80 years of U.S. foreign policy. This dangerous Neo-Liberal crusade against Russia could destroy the world.

What’s most unnerving is that many people who side with Joe Biden and the Neo-Liberals will say that my headline is “alarmist”. They think the U.S. can fight a conventional war against Russia via its Ukrainian proxy, accomplish regime change in Moscow and win unscathed.

This is the level of stupidity and ignorance we’re up against.

Let’s be clear — the war in Ukraine is less about Ukraine per se, and primarily about regime change in Moscow and Neo-Liberal expansionism across the globe. It always has been, ever since the Ukraine war began in early 2014.

In the next week or so, the U.S. Senate will approve massive amounts of weapons to the regime of (ex-comedian) President Vladimir Zelensky, whose rule is propped up by the U.S. (Zelensky had about a 20% domestic approval rating before the invasion).

Let’s be clear — Biden’s actions are tantamount to a declaration of war against Russia, which is something the U.S. was careful to avoid during the first Cold War (1948-1991) for obvious reasons.

Back then, the Soviets and the U.S./NATO dueled it out across the globe in proxy wars, but following the Cuban Missile Crisis unwritten rules were respected to avoid even the possibility of a nuclear war. For example, our supplies to the Afghan mujahideen in the 1980s were meager and limited; the most potent were stinger anti-aircraft missiles that merely forced Soviet pilots to fly higher.

Today, thousands of NATO-born mercenaries are already fighting and dying in Ukraine. Also, NATO weapons have killed thousands of Russian soldiers. Now, we’re going to send Zelensky’s far-right regime sophisticated weapons that can extend the war into Russian territory. (Imagine if China armed Mexico to help it reclaim Arizona, California and Texas, which the U.S. stole in the mid 19th century?)

In addition, the U.S. is providing vital real-time battlefield intelligence, which played a role in sinking a Russian navy ship in the Black Sea. Folks, this is a very dangerous game. And ironically it’s a ‘game’ played by Joe Biden, whose Party for over a decade has clamored and screamed about the existential threat from ‘climate change’.

Well, here’s some important news, Mr Biden — your militarism and aggressive policies are leading us toward World War 3, which would cause irrevocable and devastating climate change — a nuclear winter.

Every American and European must ask themselves — are you willing to see our economies wrecked by sanctions against Russia that are causing runaway inflation and much poverty and despair? Are you willing to risk World War 3 and nuclear war to bring about regime change in Moscow?

If you answered “No” to both questions then you’re sane and intelligent. Fanatical and unhinged Neo-Liberals, however, will answer “Yes” to those questions.

Let’s remember the roots of this conflict: 1) A territorial dispute over three breakaway ethnic Russian regions in eastern Ukraine; and 2) NATO’s proposed eastward expansion into Ukraine, which previously was Moscow’s closest ally until a U.S.-sponsored insurrection in early 2014 overthrew the democratically-elected president.

In spring 2014, Biden was vice-president and Washington gave the green light to Kiev to bomb and terrorize ethnic Russian separatists in the Donbas region. (Notice how the situation in Ukraine was calm when Trump was president?)

Today, Biden and the Neo-Liberals have dug up the militarist script from the time of President Woodrow Wilson and World War I. Once again, their crusade against Russia is a war to “Make the World Safe for Democracy. A “War Against Autocracy”.

Such grand and highfalutin words are used as covers for reckless foreign adventures and imperialist wars concocted by our ruling elite — they profit and we all suffer.

The Ukraine-Russia war can be resolved tomorrow… …if Biden and the Democrats want. They can pressure Zelensky to negotiate with Moscow and strike a deal.

At this point, I don’t care on what terms. I am an American and a citizen of the world. Protecting human civilization from a nuclear holocaust is more important than who controls Crimea and Donbas.

I don’t want to see life on this planet destroyed over several remote East European regions that Ukraine couldn’t hold onto because of its repressive policies against the local ethnic Russian population, thereby provoking the Russian Bear. (I literally had this conversation with nationalists in Kiev in 2018).

Hey Ukrainian nationalists, You want Donbas and Crimea? Go for it. But leave the U.S. and NATO out of your war with Russia. Be certain, over half of Americans agree with me, and with each passing day more and more are waking up and realize the existential danger from war with Russia.

In November, during the Midterm elections, let’s throw a powerful punch against the Democrats’ war machine. Vote for Peace. Vote for your children. Vote for the future of the human race.

Say “No” to Biden’s crusade against Russia.

True… finally and completely. It would solve the “overpopulation problem” on Earth, too. Perhaps completely and finally. 😉

Unfortunately we have to let Poland stay, but maybe it would be good if these great people dropped their resentments against Russia. Strange stuff…

What exactly do you mean by ‘unfortunately’??? Why then not also remove the US – the biggest shit disturber on this planet. 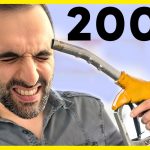