One person we know, the husband of one of our friends at church (he rarely comes to services), is in the Russian military. He was activated and is now in the war zone. His take on it was this: “If President Putin had NOT launched the military operation when he did, we would be fighting inside Russian territory now.”

Our friend has a point – as this thing was ramping up, just before President Putin signed the recognition of the Donbass republics as independent, or maybe just after – there were reports of Ukrainian shells being lobbed into Rostov, which is on the Russian side of the border.

The US was busy at that point talking about the inevitability of Russians doing a “False Flag” operation to frame Ukraine and have a pretext to attack it. I cannot say that the Rostov incident was or was not this – because after it happened, everything sort of got lost in the rush of the actions after the war itself actually started, and the “information – or DISinformation war went into high gear.”

As I reported in an earlier piece, this young man, a husband and father to two children, is now unreachable, as follows the standard procedure for military personnel in the combat zones. No communication is allowed, which is strategically very wise. After all, whatever we know, the enemy also knows.

I can say this – There are two radically different models in play about how information about this crisis is disseminated.

1. The Western / US (with Fox News as my chosen prototype) is not about news as *information* as much as it is about *entertainment.* – I suspect that this is the same for all the 24 hour networks because they need to have ways to sensationalize what is otherwise a very slow-moving, boring topic. Remember how it was in the 1970s when we had only a thirty minute cycle on one or two news radio stations, no talk radio and no cable news!

Because of this, the Western media just pumps out all kinds of stuff. The Ukrainians know this, and they also know how to play this game really well. Therefore, a tremendous amount of the “reporting” we see of the war comes from Ukrainian or American sources, which are often false and/or conflated with one another. Fake scenes are used and so on. See my piece in the Duran about this. It is blatant, deliberate and designed to both sensationalize the war AND to polarize American opinions, and our people are already psychologically weakened by luxurious living, antidepressants, and two years of COVID propaganda. They are very susceptible to the sloppiest kinds of propaganda.

2. The Russian style of reporting on the war is essentially *not to*. The Ministry of Defense issues very terse reports a few times a day at most, usually less. We get almost ZERO “stories” about any heroism of any Russian soldiers, and very little information about any battles – I can tell you that I do not know what has been won or lost by Russia according to Russian sources. I know that sometimes there are ceasefires as the negotiations sessions take place, but when they are over the operation is reported to be recommenced.

These two ways of reporting information work against the Russians as far as the Western viewer is concerned, because there is so little information coming out here about the war that there is nothing to report, and certainly nothing sensational. This leads to the reporting looking and sounding the way it does, to wit, Ukraine is thwarting the Russian advance and that President Putin is becoming more and more unhinged.

But there is still more to this war, that does not necessarily conform to this narrative. And, as der Fuhrer turned out to be completely and suicidally wrong in his assessments of how to dominate the world (and sell his paintings), the Western media may well be painting a portrait that is completely incorrect.

For example, Sputnik News’ report today, March 14th, on the state of the military operation is typically terse, as follows:

MOSCOW (Sputnik) – The Russian armed forces have disabled 3,920 facilities of the Ukrainian military infrastructure as part of the special military operation in the country, Russian defence ministry spokesman Igor Konashenkov said on Monday.

In total, 3,920 facilities of Ukrainian military infrastructure were disabled since the start of the special military operation,” Konashenkov told reporters.

Over the past night, the Russian military have also downed four Ukrainian drones, including one Bayraktar TB2 combat drone, the official added.

In the early hours of 24 February, Russia launched a special military operation in Ukraine after the Donetsk and Lugansk People’s Republics(DPR and LPR) appealed for help in defending themselves against the Kiev forces. Russia said that the aim of its special operation is to demilitarize and “de-Nazify” Ukraine and that only military infrastructure is being targeted. Moscow has repeatedly stressed that it has no plans to occupy Ukraine.

According to Russian President Vladimir Putin, the goal is to protect the people of Donbass, “who have been subjected to abuse, genocide by the Kiev regime for eight years.”

The West scaled up military assistance to Kiev, as well as anti-Russia sanctions, after Moscow launched a special military operation in Ukraine.

Sputnik does not offer an assessment of Russian military losses, and Ukraine’s news services are not to be trusted due to the patriotic sensationalism. However, Turkey’s Ankara news service has this to report (also dated March 14th):

[ANKARA]: Ukraine said Sunday that the Russian army has suffered substantial material losses since launching the war on Feb. 24.

“The total combat losses of the enemy from Feb. 24 to March 13 are approximately as follows: more than 12,000 soldiers, 374 tanks and 1,226 armored combat vehicles,” the General Staff of the Ukrainian Armed Forces said on Facebook.

Ukrainian President Volodymyr Zelenskyy has visited wounded soldiers at a military hospital in the capital Kyiv, according to state news agency Ukrinform.

He thanked the soldiers for their bravery and service and presented them with medals, the agency added.

Since Russia launched its war on Ukraine, more than 2.69 million people have fled to other countries, according to UN estimates.

At least 596 civilians have also been killed and 1,067 injured in Ukraine, it said.

While the European Union, the US and others have imposed sanctions on Moscow, many companies and global brands have also suspended operations in Russia.

The British site The Guardian has its own take, this report dated March 11th, but consistent with Ankara’s report from today:

According to the United Nations, there had been 549 civilian deaths and 957 injuries in Ukraine as of 10 March, although it believes the real total could be considerably higher. Of those killed, 26 have been confirmed to have been children.

The Ukrainian regions with the most casualties are Donetsk and Luhansk, which have had a total of 123 deaths and 485 injuries.

The US military estimates that between 2,000 and 4,000 Ukrainian armed forces, national guard and volunteer forces have been killed.

It estimates that between 5,000 and 6,000 Russian soldiers have been killed.

Ukrainian armed forces say more than 12,000 Russian troops have been killed since 24 February.

As one can see from these reports, all sides are covering their bets, but it does appear that Russia is exacting a very heavy toll on Ukrainian military equipment. The viewpoints of the war by each side are radically different – the Russians wish to demilitarize Ukraine but not to destroy its people; the Ukrainians are apparently inspired by “they invaded us!” patriotism and a whole lot of egging on by the West to hate Russia over the last eight years. It can probably be safely assumed that the Ukrainians who are fighting truly have it in for the Russians, and want to kill the people every bit as much as they might want to kill their hardware.

Note the disparity, though. The US estimates up to 6,000 Russian military deaths, but Ukraine says 12,000. It seems evident that Ukraine is playing the exaggeration card quite hard.

All of this is speculation. While the reports from these news media are real reports, none of them should be fully trusted. Over time, the pattern is emerging that Russia is doing what its stated mission goals are. They are meeting resistance. Whether or not that resistance is more than “President Putin expected” is dubious; Russian intelligence is very good and it is not likely that they would make such a catastrophic error as the West reports.

“In war, the first casualty is the truth.” 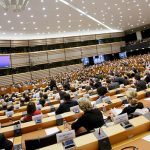 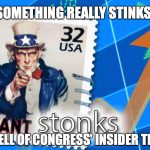