Ruth Bader Ginsburg passed away due to complications from metastatic pancreatic cancer on Friday. She was one of the most visible justices during her 27 years on the Court, regarded with adulation by progressives, vilification by conservatives, and yet, this woman must be acknowledged as an excellent example of America’s freedom in action. As a Jewish woman, her social background and politics was different than that of a Christian conservative, and the ability she had to interpret the Constitution through that kind of lens is historically of extreme importance.

Conservatives, particularly Christian conservatives may be rankled by this above statement because Justice Ginsburg championed abortion rights, LGBTQ rights, and so on. But a piece written about her by Bill Mears of Fox News reveals that the Justice was unwilling to “legislate from the bench”, in fact, a critic of the 1973 Roe v. Wade decision that “legalized” abortion:

Ironically some of the opposition to her nomination came from feminists, who did not like her criticism over the legal reasoning of Roe v. Wade, which permitted abortion. That ruling grounded first trimester abortions in the right to privacy, thereby overturning state laws that varied widely on access to the procedure. Ginsburg believed a more gradual liberalization to abortion would have kept the issue back in the states, avoiding the social and political upheaval that has been part of Roe’s legacy. The law on abortion was evolving at the time of Roe, Ginsburg recalled in 2005. “The Supreme Court stopped all that by deeming every law– even the most liberal– as unconstitutional. That seemed to me not the way courts generally work.”

But Ginsburg, in her rulings, upheld reproductive choice. “When government controls that decision for her, she’s being treated as less than a full adult human being responsible for her own choices,” she said during her confirmation.

This is absolutely correct, and oddly enough, it is in keeping with one of the big conservative talking points of late, that laws affecting “social issues” ought not be “created” by Court fiat, but determined by state and national legislatures, letting the people make the decisions for themselves rather than having decisions forced upon them from on high. This is certainly a criticism of the 2015 decision that made same-sex marriage legal.

It is reported also in the Fox piece and corroborated by another source who was familiar with Justice Ginsburg that one of her best friends was Justice Antonin Scalia, who is widely regarded as a giant by conservatives. The two justices and their families were close friends, and did many things together.

“People who don’t agree with her policy instincts still think the world of her as a judge. Justice Scalia [the late conservative] once said if he were ever stranded on a desert island with a liberal, he’d want it to be Ruth Ginsburg.” – David Schizer, one of Justice Ginsburg’s first clerks, c.f. Bill Mears’ piece on Fox News

The White House also released a statement shortly upon learning of the Justice’s passing:

“Today, our Nation mourns the loss of a titan of the law. Justice Ruth Bader Ginsburg served more than 27 years as an Associate Justice of the Supreme Court of the United States—notably just the second woman to be appointed to the Court. She was a loving wife to her late husband, Martin, and a dedicated mother to her two children.

Renowned for her brilliant mind and her powerful dissents at the Supreme Court, Justice Ginsburg demonstrated that one can disagree without being disagreeable toward one’s colleagues or different points of view. Her opinions, including well-known decisions regarding the legal equality of women and the disabled, have inspired all Americans, and generations of great legal minds.

A fighter to the end, Justice Ginsburg battled cancer, and other very long odds, throughout her remarkable life. Our thoughts and prayers are with the Ginsburg family and their loved ones during this difficult time. May her memory be a great and magnificent blessing to the world.”

Justice Ginsburg could be said to have gone “by the book” in her opinions, though of course, those opinions were shaped through the lens of her own life and heritage. But that is why we have nine Justices on our Court and not just one or two: because the weighty matters of the law always get filtered through our own experiences and our own worldview. This is unavoidable. There is no such thing as a truly “objective” view of the Constitution coming from any one person and usually not from any group of people. This is not to say that the Constitution is a living document, as often championed by deliberately ideological progressives, but those progressives are at least tuned in to the fact that how we are formed in life determines a lot about our outlook on life. It would be more fair to say that the Constitution itself creates a lot of controversy by what it does not say, and this is why the Court is needed to try to test legislation against the document itself and hopefully, capturing the spirit of its framers in an accurate sense. Nobody is going to get that right all of the time.

The Fox piece says this about how Justice Ginsburg dealt with her job:

The power of a justice comes from the strength of the opinions she writes, whether it breaks new constitutional ground, or affirms existing precedent. Bridging consensus helps build allies to one’s views on often hot-button issues. Ginsburg, say legal scholars, tended to rule on procedure, rather than establishing broad principles of social reform. That strategy not to overreach won her admiration from her more conservative colleagues, but her generally liberal record remained intact.

Yet she never backed down from her often tough-sounding rhetoric. On the death penalty, she wrote a 2004 majority opinion slamming Texas prosecutors for their behavior in a capital trial, which the Court found was riddled with errors, and worse. “When police or prosecutors conceal significant exculpatory or impeaching material, we hold it is ordinarily incumbent on the state to set the record straight,” she wrote. “A rule declaring ‘prosecutor may hide, defendant must seek,’ is not tenable in a system constitutionally bound to accord defendants due process.”

Dissenting in 2003’s high-profile case throwing out Michigan’s controversial affirmative action program for undergraduate students, Ginsburg declared, “The stain of generations of racial oppression is still visible in our society, and the determination to hasten its removal remains vital.”

Perhaps Ginsburg’s most important ruling in her early years on the bench was on a subject she knew well. In 1996’s U.S. v. Virginia, the Court ordered state officials to admit women to formerly all-male Virginia Military Institute.

In her landmark opinion, she concluded the “skeptical scrutiny of official action denying rights or opportunities based on sex responds to volumes of history.” She noted efforts to create an elite military corps “is great enough to accommodate women, who today count as citizens in our American democracy equal in stature to men. Just as surely, the State’s great goal is not substantially advanced by women’s categorical exclusion, in total disregard of their individual merit.”

In law and life, Ruth Bader Ginsburg was a role model to the many people she encountered over the years. Her message of success and tolerance go hand in hand, as she explained in 1999, just a month after undergoing cancer surgery: “The challenge is to make and keep our communities places where we can understand, accommodate and celebrate our differences while pulling together for the common good.”

Ginsburg added: “No door should be closed to people willing to spend the hours of effort needed to make dreams come true.”

So closes a chapter of American history, and an important one at that. May God have mercy on Justice Ginsburg and on all of us.

Her face certainly showed signs of having broken through that glass ceiling. Kudos to the Gins.

Respect. She fought longer than most in her position and earned legitimate respect regardless of whether you agreed with her politics.

She was anti-Bill of Rights and enacted what became unpopular anti-civilizing legislation that would never have been passed by Congress nor state legislatures.

No respect from the weary. Sorry.

Giant or no giant… All pass away…. By time forgotten

ustice Bader ruled unconstitutional a law that would have prevented childrenj under 17 from purchasing “kill games” (videos of murder, rape, sexual assaults, etc). She and Sotomeyer claimed the law inhibited free speech.

Another MIC puppet, in other words. Them’s good recruiting games.

Black humor freely cited from the MoB (moon of alabama):
Hillary Clinton’s offer to replace Supreme court Judge Ginsberg has been refused by the funeral home for too far-reaching state of decomposition.

ginsburg was an anticonstitutional activist—good riddance. 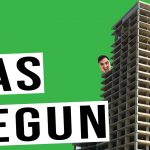 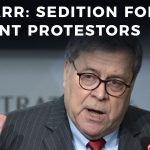