Steve Turley reports that the hysterics of the Democrat Party have taken the civil war threat to an “official” status. What this means is that these crazed people are now promising something the vast majority of Americans (hopefully) find abhorrent.

Democrats are on a rampage after President Trump announced he intends to fill the late Justice Ruth Bader Ginsburg’s seat on the Supreme Court before the next election, and they intend to go all out to prevent it from happening.

There have been many threats, including those of civil war, arson, riots, and more, as Democrats are refusing a new high court nomination to move forward until the November election has taken place.

“I will be putting forth a nominee next week. It will be a woman,” President Trump told supporters at a campaign rally in Fayetteville, North Carolina, on Saturday evening, Sept. 19.

“It will be a woman—a very talented, very brilliant woman,” said the president. “We haven’t chosen yet, but we have numerous women on the list,” reported Fox News.

On Saturday night, around 100 protesters gathered outside the home of Senate Majority Leader Mitch McConnell (R-Ky.), who is in favor of pushing for a vote on a replacement for Ginsburg before the November election, and the demonstrators yelled out “Hey, hey, ho, ho, Mitch McConnell has got to go,” “Vote him out” and “Ditch Mitch.”

Meanwhile, Twitter was flooded with death threats, including threats from high profile liberals. Threats to “Storm the White House and burn it to the [expletive] ground,” as reported by The New York Post.

“You dare try and replace her right now and there will be a war,” tweeted Hollywood actor Russ Tamblyn.

“[expletive] no. Burn it all down,” wrote parenting-guide author Aaron Gouveia.

“If you can’t shut it down, burn it down,” wrote Scott Ross, a member of the Wisconsin Ethics Commission.

“Burn Congress down before letting Trump try to appoint anyone to SCOTUS,” wrote Emmett Macfarlane, an associate professor at Canada’s University of Waterloo.

“If McConnell jams someone through, which he will, there will be riots,” warned Washington Post freelancer Laura Bassett, “more, bigger riots.”

In 2016, McConnell refused to allow a vote for Merrick Garland, the nominee of former President Barack Obama to fill the seat of Justice Antonin Scalia after his death, because it was an election year. However, McConnell said the 2020 scenario is different, as the people re-elected a GOP majority in the Senate in 2016, and it was increased in 2018, “Because we pledged to work with President Trump and support his agenda, particularly his outstanding appointments to the federal judiciary. Once again, we will keep our promise.” The White House and Senate are both controlled by Republicans.

Ginsberg was a Brooklyn-born feminist icon and a historic legal figure who died Friday at age 87 after a long battle with pancreatic cancer.

Democratic leaders are not calling for calm, instead are inciting violence, using it as an opportunity to add to the chaos. “Let this moment radicalize you,” Rep. Alexandria Ocasio-Cortez (D-N.Y.) said in a social-media video, claiming democracy and the climate was at stake. “I need you to be ready. … We can and must fight.”

This, particularly is the pinnacle of Democrat threats. While Representative Ocasio-Cortes has repeatedly demonstrated idiocy in her knowledge of the world, of the nation and many things, the former bartender does have the gift of gab, and she can cause a lot of problems with this kind of talk.

Now, the reality is that all these hysterical screams (and those yet to come) are an indicator that the Democrats know they have painted themselves into a corner. Not only have they directly done so with their insane rhetoric and behavior, but fate (or God, as it were) seems to be gradually pushing them more and more into the corner. President Trump knows this, and as an adult would, he is preparing on all fronts to do precisely what the Dems do not want: to nominate a new Justice, a brilliant and conservative woman, and this… well…

This ought to make the Dems go apoplectic. Maybe they will be rendered senseless and we can vote them all out on the basis of the advance of brain failures. Not death, but catatonia brought on by hysteria that is not appeased.

Well, one can hope!!

All this posturing. All they can do is destroy their own homes in the Urban areas. People no longer need cities. They are becoming cages for the animals and everyone knows if an animal gets out of it’s cage nothing but bad things happen to it.

Ginsberg was a Brooklyn-born feminist icon and a historic legal figure who died Friday at age 87 after a long battle with pancreatic cancer.

Ginsberg was a cancerous tumor on traditional American society. 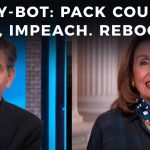 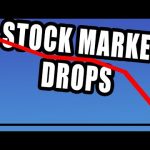 Posting....
wpDiscuz
2
0
Would love your thoughts, please comment.x
()
x
| Reply
Send this to a friend
We use cookies to ensure that we give you the best experience on our website. If you continue to use this site we will assume that you are happy with it.Ok