President Trump on Monday predicted that Democrats moving to impeach him in an effort to block a Senate vote to replace Justice Ruth Bader Ginsburg would backfire and Republicans would win back the House.

The president was asked during an interview on “Fox & Friends” about House Speaker Nancy Pelosi saying that Democrats have options to stop a Senate vote on Ginsburg’s replacement and wouldn’t rule out impeachment.

Trump expressed surprise that the Democrats are threatening to impeach him for doing what he has the right to do.

Impeach president Trump,hmmm,how did that work out the last time???, /: ,,er Not soo well,it would seem the Democrats love spending other peoples money,the courts are Not FREE,i believe the POTUS is correct,these tds suffering elites are the ones who make everything partisan,i think Lucifer would get a better hearing than the President in this unofficial civil war of the DNC’s making..They want to return to the wonderful days of Clinton/Obama,well they can dream on..

Impeachment will definitely win the election for Trump. It took a FAKE pandemic to even give them a shot. 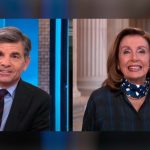 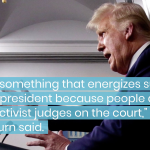