The image above is a screengrab from a camera in Oakland, California, the Chinatown district. If you aren’t quite sure of what it depicts, it is a man pushing another man over in the street. The victim is 91 years old, and he was so assaulted because…?

The victim is also Chinese, or at least Oriental. Had the perpetrator been white, you know what motive would have been ascribed to him. He is black, so how about an utterly stupid stunt that some teenagers carry out unthinkingly, like throwing bricks off a motorway bridge? The man arrested is twenty-eight; he has also been charged with two similar attacks on elderly people, and although he is entitled to the presumption of innocence, it is reported he has two previous convictions for felony assault.

So what are we to make of this inexcusable assault, an assault that is always potentially fatal when the victim is of such a great age? Well, according to Kim Iversen it is “Something really unfortunate”. If you haven’t heard of Iversen, her YouTube channel has a fair subscriber base. She is also a progressive, and although the daughter of a Vietnamese immigrant, she has no time for so-called identity politics. Even so, in her February 11 rant against these kinds of attacks, she bends over backwards, forwards and sideways to avoid the real issue.

After the rise of COVID, we have seen a massive spike in anti-Asian hate crimes, she says, as if that were the cause. She concurs with a reporter who says these types of crimes have gone largely unreported.

To her credit, Iversen says this is nothing to do with the great white supremacist conspiracy so beloved of the moronic Alexandria Ocasio-Cortez, rather these attacks are carried out by “other people of color”. That horrible phrase again. No, this is black on Asian violence as documented by Colin Flaherty, Larry Elder, and Jesse Lee Peterson, arguably the bravest man on the Internet whenever the word racism is mentioned.

And Asian commentators who speak the same unspeakable truth? They too are called racist. How could they not be?  Sadly, after taking a step in the right direction, our pundit takes two steps back. People are becoming desperate, she says. People feel stressed and strained, so it isn’t really their fault? You got that, it’s all due to the economic downturn, any economic downturn. The only problem with that is everything; as Thomas Sowell has pointed out many times, when he was a boy growing up in 1930s Harlem, people would walk the streets at night without fear, unlike today when even walking down the street in broad daylight with plenty of people about is no guarantee of safety.

So what is the real problem, or rather the real cause? There is no simple solution, but the lack of consequences for bad acts certainly has something to do with it. For the entire summer, rioters destroyed property and attacked people with impunity in American cities. The few who were arrested saw the charges dropped by Democrat district attorneys; many were bailed out by a fund to which the woman who is now Vice-President of the United States contributed.

But long before the death of George Floyd there was a literal epidemic of gratuitous violence against whites, increasingly against Asians, and on occasion against blacks. Colin Flaherty has summed up what has been happening: denial, deceit, delusion. Homes without fathers might also have something to do with it, and a growing black underclass that is being told by talking heads in the media – black and white – that they are perpetual victims, that whitey is holding them down, and that anything they do in retaliation is justified. And now that with the coming of the Biden era, the FBI and other anti-crime agencies are chasing mythical white supremacist conspirators rather than tackling the real problem, we can expect to see a lot more of it.

The long and short, Racism and Secterianism are both examples of Bigotry, just with differing motvation. It is the same hateful act and should be held in the same contempt. It doesn’t matter what race or creed you are, to justify contempt of another for any reason is wrong and you will be called out for it. Either reflect on it or forever be tarred by your actions.

Your Virtue signalling post is nauseating. It is precisely your kind of indoctrinated thinking, (straight out of the bogus Social Sciences) that the real problem. A disingenuous Politicians statement if i ever read one. Always side stepping the real issue, by making nebulous statements.

You racist much there Crass?

Are you aware that the word Racist was coined by the Jewish Bolshevik mass murderer, Lev Davidovich Bronstein, Aka Leon Trotsky.

So what!? Does that change the definition in any way? Racism is the discrimination of a person based on their race and ethnicity and any arbitrary characteristic of such. Go back and re-read what I wrote and tell me where I’ve discriminated that only one race can be racist. ALL RACES CAN BE RACIST, BLACK, WHITE AND ASIAN. What I highlighted is that Racism is another for of Bigotry as is secterianism which, again, everyone is capable of. No one is innocent of racism, secterianism or bigotry if they have in any way discriminated someone based on religion, race or… Read more »

Do i have to spell it out for you. The derogatory label ‘Racist’ was and is an invented pejorative that is only over 100 years in existence. It was simply invented to be used against Christian Russians who were opposed to the Jewish Bolsheviks who had taken over Russia in the 1917 Coup d’état. It is a brainwashing pejorative label that is only effective when used on imbeciles, and was coined by the Jewish Bolshevik mass murderer, Lev Davidovich Bronstein, better known as Leon Trotsky. The label ‘Racist’ in recent times has been hijacked by Sub-Saharan Africans looking for a way… Read more »

Hey there, “Hope”.
I’ll gladly join your $10,000 at home program if you front me the funds to buy a sweeet SlimBook here: https://slimbook.es/en/pro-x-en

What do ya say, pal??
I can send you my Bitcoin addy since you’re soooo rich & obviously living large. Yes??

The author asks ‘So what is the real problem, or rather the real cause?’

People need to read Hans Christian Anderson’s fable The Emperor’s New Clothes, and stop fearing been labelled a Racist for pointing out the obvious.
The real problem is Low IQ violent Africans, and the cause is genetic. These ferals should be removed from Civilised Society.

Every society has its low-IQ people. If you teach them to read and write more or less properly, do basic arithmetic, and then teach them a trade appropriate to their IQ, and if you give them a job, even if it’s only sweeping the street, they will prefer doing that to a life of crime. Interestingly enough, if people have a better standard of life, they will also have less children, so the social sciences tell us. This is the opposite of a vicious circle, it is a virtuous circle. Whether racism, sectarianism or unbridled capitalism drives the American vicious… Read more »

‘if people have a better standard of life, they will also have less children, so the social sciences tell us’ Regrettably, i wasted a few of the best years in my life, been indoctrinated with Sociology in College in the mid 1990s. In the last decade, i started to unlearn my miseducation. The Social Sciences have been used as a Trojan Horse, (by nefarious Globalists) to indoctrinate Europeans and Americans with ancestral guilt, (with the ultimate goal) for the indoctrinated to replace themselves.  This insidious brainwashing operation takes a few generations to fully execute, with Sweden been a prime example.… Read more »

The Swedes do not have ancestral guilt, the burdens of history, as do the US and Germany, unless you go back to the time of the Vikings. They have migration in enormous numbers as a source of cheap labor and as refugees from conflicts the US generated from Libya to Afghanistan. Social democracy has a hard time coping with this. Hungary has chosen a different path, with Orban saying, “we wish to live among ourselves”. The other reason we have some no-go areas in Europe is because the anglo-saxon neoliberal ideology is slowly replacing social democracy. Practical politics are driven… Read more »

For the entire summer, rioters destroyed property and attacked people with impunity in American cities…Homes without fathers might also have something to do with it, and a growing black underclass that is being told by talking heads in the media – black and white – that they are perpetual victims, that whitey is holding them down In the past, whenever I posted comments under a different generic alias, everybody just assumed I was white — perhaps by the way I write or on my focus on getting rid of ZOG. But then — with all of this anti-black crap spewing… Read more » 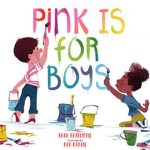 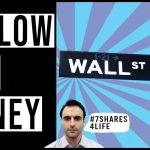