[While I wish to bring a solid basis of objective information front-and-center, this piece is a speculative opinion piece and ought to be treated as such. – ASH]

Over the last ten days, we have seen the slow, inexorable passage of the Constitutionally-based American election process. That process is horribly compromised this year by a very well-crafted and intentional combination of anti-Trump and pro-globalist, pro-secularist forces that have set themselves to be rid of the populist phenomenon at all costs. So far, most of their strategy has succeeded, as the legal challenges to the fraud observed in selected counties in six different American states, while logical, impressive and solidly-based in reality, have been pushed aside by state courts and even the US Supreme Court. On December 14, the Electoral College vote took place, though one success of the challenge was that there were actually two EC votes that took place. The MSM and even the alternative media reported (were forced to report) that former Vice President Joe Biden won the Electoral College vote, 306 to 232.

The MSM was reticent to note that there was an alternate vote, placing Trump as victor. In fact, because of the reluctance to accept this alternate, The New York Times chose to slam the contention out of the gate, trying to discourage dissent with their very headline, “No, there aren’t ‘alternate electors’ who can vote for President Trump.”

They are wrong. The possibility is not very high that this will indeed happen, but it is absolutely possible, and the Times has to look to the election of its own hero, John F. Kennedy in 1960, as proof – as this candidate had an alternate elector situation for the state of Hawaii. While that alternate elector slate did not alter the overall outcome (well over 270 other electoral votes had been cast in JFK’s favor), it did show that the process of seating alternate electors because of a suspected error (which was proven by a recount) is certainly real and valid.

We have seen reports and rumors from both sides with different attitudes, that the President might institute a “limited form” of martial law, so as to have the election re-done in a manner that can be truly determined as fair. The Western Journal put that story to rest in its piece, though another section of the report is not correct:

Despite multiple anecdotal claims of voting irregularities, proof has yet to surface that there was a widespread effort to distort the voting process in such a way that would have impacted the final results of the presidential election. Numerous affidavits testifying to various types of election fraud have been filed in courts in several swing states.

These affidavits indicate that those who witnessed conduct believe that fraud took place but those allegations have yet to be proven through either the courts or law enforcement.

However, this is not the swinger of the election. The constitutional problem is that several state legislatures had “ceded” the decision making authority to other people when this power actually is defined as plenary and belonging to the legislatures of the states, per the US Constitution. This seems to be the strongest argument – that Democrats in these states used the laxity that had come to be in terms of dealing with elections to change the rules of the game and submit great numbers of ballots illegally, which were then counted and which had sufficient numbers to take those states away from the President.

This is the situation that rings the most true, at least to me. However, it is only fair that one’s biases must be checked at the door when it comes to delivering anything remotely like “objective news.” I have to personally acknowledge that while the pro-Trump arguments seem indissoluble to me, I am also a Trump supporter, so these may seem so all the more to fit my personal wishes. This is true for all of us who support the President’s reelection bid. That being said, it is difficult to explain the super jumps in several states with the mail-in ballot dumps as anything else BUT fraud, especially given the “anecdotal” evidence. There is one possibility that legitimately explains this, though and we must note it here:

We wrote repeatedly in the run-up to the election that the phenomenon that propelled Trump into the White House in 2016 might happen again, this time in the votes of the Democrats. We noted that Democrat enthusiasm for their guy is low. I still believe that it is; the only real determining factor for Joe Biden appears to be that he is simply not Donald Trump. For many Democrats, a pet rock would have been their choice for President, had it been on the ballot. Biden has no policy positions that appear attractive except the hyped notion that he would lock the nation down again and take a list of actions which… the President already has done. Otherwise, his moves seem to reflect a reversal of the course President Trump set, jerking the nation back to pro-globalist forces; in essence, a “course correction” by these people.

However, policy does not rule the day for Democrats. I know this is a generalization, but I have never heard a Democrat argue the merits of a pro-China policy set; I have not heard any Democrats argue the merits of raising taxes on the middle-income families (though they do think soaking the rich would fix two problems – setting the image of class warfare up again and the misbegotten idea that they would get scads of money from doing this – they will not), and there appear to be no other policy positions other than the murky reality (so far) of the Great Reset, which lent its moniker to the Biden campaign “Build Back Better.”

The other possibility to explain the vote surge for Biden (assuming legitimacy), was what I forecasted before the Election: Biden supporters have no enthusiasm for their guy, but they are also afraid of COVID-19, and they have a different psychology. Their secularist outlook traps them into thinking “nothing is more important than their health” since they are afraid of death more than anything else (even the religious among them do not really believe God and the promise of eternal life), so they hid, voted from home and… there you go.

(I think they indeed did do this, but I also suspect massive and very well-organized fraud was at play here because of the confidence of the likes of Hillary Clinton and Nancy Pelosi… they knew something was in the works.)

This gets us to the crux of this piece. On January 6th, the Congress will meet to certify this election. There are some Congressmen who plan to object to the Electoral Vote. It is extremely unlikely that their challenges will change anything though. The US is headed for a Biden Presidency, if one can call it that at least for the sake of convenience. The Trump supporters know this is a big deal and they will doubtless be in major force in DC and other places between now and then making their case. I hope they succeed, because they are right.

This is not the case. Some of us thought Barack Obama was an “empty suit” President. I never agreed with this notion; I saw him as a visionary, though the vision was anti-Christian and very negative. Mr. Biden, God bless him, is no visionary. He is barely even a placeholder. The same goes for the eminently malleable Kamala Harris, even and especially if she ends up with the President’s mantle, which is somewhat likely.

These two people are the channel through which other forces will try to act. If the Special Senate elections go Democrat (and they probably will, due to the same mechanism of fraud that was applied to President Trump), then the United States government will be in the power of these shadowy figures. Even the Sanders Democrats have no idea what is coming, for their wishes will even be put aside now that the goal is achieved.

A force that is as deeply set and as powerful as that which we all have been watching this last fifty days or so is just making its opening moves. Everything 2020 was will look like child’s play compared to what is coming if Biden gets the President’s mantle. I am sorry to sound so conspiratorial, but the evidence is everywhere – in the news blackouts applied by mainstream media regarding fraud, the Big Tech attacks against President Trump, the inane Cabinet appointments being set by Joe Biden, and a silent Kamala Harris. These most blatant attempts to corral and control the American people are Orwellian, and their success is frightening.

However, the mass-takeover of power by those seeking power over the masses of Americans has also let loose the “network society”, which to date, cannot be controlled. While it is likely that this will also be increasingly attacked (part of the Great Reset, no doubt), the America in Exile will only draw strength as it waits for the time of what may become not the next Civil War, but the Second American Revolution. This may take a while, though. It look seventy years for the Soviet experiment to fail, and the architects of this present darkness learned a few things. They may be harder to see and harder to resist.

As shown in this article, there has been one very significant unintended consequence to Donald Trump’s election loss:

Millions of Americans are preparing themselves for President Joe Biden.

And they must prepare for a ride that will destroys their families. Except the elites and the Hollywood set. More weapons coming to a country near you.

Why do so many people think that China is the evil power. It is Soros and the Davos gang trying to reset the world and Soros has openly admitted that China is a threat to their evil plans.

President Mike Pence running the country under the ‘Insurrection Act’ and doing what has to be done…. TRUMP 2024 or DAN CRENSHAW FOR THE LAW 2024

The second revolution has begun quietly.

The election ”was” stolen. Proof is that the deep state’s justice system only bows to the Democratic donors. Sad world we live in. 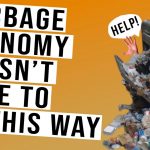 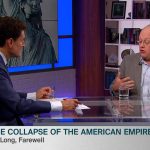