I got in trouble with one of my dearest liberal friends today. A social media thread noted that some people were referring to Kamala Harris, “Joe Biden’s pick”** for Vice President going into the November elections, as a “Ho” (vernacular in English for the more rude form of the word “prostitute.”) I actually tried to stick up for not calling Senator Harris names (as a sure sign that one has the losing argument) and to instead insist on getting questions answered about policy – in particular, these questions:

I could go on, and every person reading this, in my opinion, really needs to. The United States is under severe internal duress for the first time in at least 100 years. I am not the only news and opinion writer who maintains that the country is in at least the beginning stages of an urban / exurban + rural Civil War. That civil conflict’s antagonists are liberal Democrats, and there is no mistake about that. So how would electing Democrats of any declared persuasion help with resolving this safely and positively?

But when I expressed these very pragmatic thoughts (and without even a mention of President Trump or ANY political comparison with the Republicans), my friend said something very odd, something worth quoting, but because I care for my friend I will only paraphrase what they said.

The statement was basically that I took the person’s joy away by first supplying a newspiece that gave some information about Kamala’s affair with San Francisco former mayor Willie Brown, and that in response to someone who was unable to find what the scandal was.

However, I had also defended Harris against being called names and suggested merely two points: That bringing the “morality” card into the political campaign is careworn, and that we are hypocrites of the first order by bringing this in at all because the other three years between election cycles, no one cares about who is doing what. Instead what the real questions are are simply about policy, not race, not sex and certainly not morality.

The summary of my thought on morality was this:

The man (Mayor Willie Brown in this case) is 100% wrong for violating his marriage. Kamala Harris is also 100% wrong for participating in the violation of that marriage. A real caring person would not do this to the poor wife. I think the wife in this case is more likely the victim – except that she too, in this case, was apparently okay with it because Mayor Brown used to gallavant like this in public… So I guess that means all three are wrong?

Let’s try a different answer: I totally agree (which may a surprise to some here) that pulling out the “morality” list on a political candidate is, in America, patently absurd and extremely dishonest. If we REALLY held moral values to be important, we would never let any unfaithful man or woman near public office. So, I cannot fault Kamala Harris any more or less than Willie Brown or Willie’s wife, Blanche Vitero.

Let’s be more honest with ourselves at least enough to say that we only seem to pull out the morality card in silly season, okay? No one really cares about it, and I am one of those at this point. I am a Christian and I try to be a serious one in terms of the way I live. And to refuse to argue from a moral viewpoint is the best decision I can make. If you think differently, of course, that is your affair (not to be punny) but it does not matter to me.

What does matter is policy – what would the winning candidates do that best serves America? For some reason this question is coming across as OFFENSIVE, and I do not understand why.

This led to the next thought, that being about it being a big marker of “progress” because the United States has now, for the first time in (its) history, a black woman as Vice Presidential candidate. My reaction in short is: big deal.

At length it is, well, longer:

Perspective: I am an American, but I live in Russia. In Russia, race does not matter, sex does not matter, only capability matters. The same can be said about many nations in Europe and Africa who have had women prime ministers, chancellors and so on, and many black leaders in highly prominent positions.

There is something patently absurd about Americans making a big deal about “progress” in becoming equal with race, color, sex, creed, etc., when the rest of the First World already did this long ago. Maybe there is something to that in terms of not discounting a candidate for high office BECAUSE they are a woman or a minority; that I can certainly understand and agree with.

However, what is going on in some of this here seems to be restricted to identity politics. God bless him, but Joe Biden (or whoever handles him, if that is really true) made a political calculation to go after identity politics as a selling point, and not after real policy. Why? You see, after our little moment of history when we have a “woman minority VP” then we have to get work done, work that does not have anything to do with sex, race or color. What is offensive about saying this? It is the truth!

Margaret Thatcher was a superb PM of Great Britain forty years ago. Angela Merkel has held her own for a very long time now. Marie Le Pen is up and coming in France. Sadiq Khan, a Muslim, governs London, England. South Africa has Cyril Ramaphosa.

These people did not pay attention to their identity, they dedicated themselves to service. Some probably better and more honestly than others, of course. But identity politics is in essence nothing more than a beauty contest. And if you have ever listened to the candidates for a beauty pageant speak, well… not long on brains, are they:

(Sorry for the blurry video, but the point is made)

If you have a black candidate or a woman with pink polka dots across her hair because she was born that way, if that is important to you, great! But if you think that the world is going to somehow magically be all amazed about America coming to its senses a little more, you are mistaken. I am not saying that the world is hostile to the US. It isn’t for the most part, but the United States casts itself like everything it does is super important and no one in the world has matched it, when in this particular arena, much of the world passed us by long ago.

Martin Luther King said that his dream was that man (or anyone) would not be judged by the color of his skin but by the content of his character (or hers). So, my question is: what about the character of Joe Biden and Kamala Harris? What about their policy positions? What will they do that needs to be done?

There is no magic in race / color / identity politics except for those who are racist or sexist in some way. I am neither racist nor sexist, so this choice means nothing to me on those terms. I am a serious disciple of Dr King in that way, and I cannot for the life of me understand why his teaching is more consistently ignored by so called “civil rights” activists than anything else.

I do not know why this bursts anybody’s bubble – it ought to help. Because who we elect has a job to do. They are not there to just appear a certain way.

Tucker Carlson completes this with a more directed look at Kamala Harris and this development in the election cycle.

Lots of liberals are not delighted. Check hashtag neverbiden among other responses to the VP announcement. Those who express their delight are not very convincing. And yet, some people will simply fall in line. But hey, we’ll know in a few months.

Its all about getting Trump. It seems that Biden was the intended nominee from the beginning i.e. from last year, and Kamala was chosen as his running mate back in december 2019. Who did this? The Clinton/Obama faction who in effect control the Democratic party. Lets read the tea leaves: Kamala dropped out of the race in December, before any primary. There are very few reasons why that would happen: ill health, a major scandal, a very bad campaign operation or lack of money and the ability to raise it. The best guess is that Kamala dropped out because of… Read more »

The people who pull the strings do not like their candidates to be independent but subservient and these two tick all the boxes. The problem is that Biden has dementia and one would have thought a running mate, who if they win will take over after the inauguration from Biden, would be someone of some stature. Harris is not liked by the African American community as she has incarcerated many for no violent crimes. In fact she has failed in her own state during the running for the Democrat ticket. If I didn’t know any better, on face value, this… Read more »

A black female prosecutor, one most proficient in
keeping the prison-basted economy filled to capacity,
most perfect for the first woman dictator of Empire USA.

Did she get to where she is by sleeping with corrupt political bosses?

“Joe Biden and Kamala Harris duo delights liberals… but why?”

Because she threatened to prosecute any establishment that refuses to change their bathroom door signs? 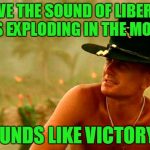 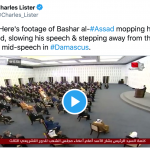