The lunatics running America’s schools may have taken one liberty too many as parents in Loudoun County, Virginia push back against the indoctrination of their offspring. On May 14, Tucker Carlson – the bravest man on television – played clips of an overweight white teacher claiming the book To Kill A Mockingbird is racist, a black mother pushing back against critical race theory, a white mother then a white father quoting what can only be described as the pornographic language their young ones are being fed disguised as literature.

Critical race theory is garbage for a number of reasons, not the least being that it views the world not simply through the prism of race but through an American racial prism. Up until fairly recently, most of the world’s nations were fairly homogeneous racially, indeed many of the non-white ones still are. Critical race theory or race anything theory has no relevance to people living in provincial China or rural Russia. Sex education is very different though, and sadly what is happening in America’s schools now is far from new.

As long ago as 1948, Alfred Kinsey published a shocking book, shocking and wrong. With Sexual Behaviour In The Human Male, Kinsey and his two underlings suggested that all manner of sexual perversions were normal and widespread. This was extended to the young. Kinsey’s book can be found at the Internet Archive; his shocking methods and conclusions have been comprehensively debunked, especially by Judith Reisman, who has donated her major work to the public domain.

The 1960s saw the Wolfenden reforms in the UK and the so-called Stonewall Rebellion in the United States. Until then homosexuality was a stigma, as it might well be, and it was also illegal. But while locking men up with other men for having sex with other men is a bad idea, encouraging the young to regard homosexuality as a positive alternative to normal sex is a step too far. Many homosexual activists have gone a lot further than even this. In 2010, Peter Tatchell gave a speech in which he called for the age of consent to be lowered from sixteen to fourteen. That was far from his most obscene work. (That speech has now been deleted from his official website).

Two years ago, there were protests at a school in Birmingham when Moslems objected to their young ones being indoctrinated. The unrelenting propaganda campaign by this small, but powerful and at times vicious lobby had intimidated almost everyone else into silent acquiescence. Until now. Parents are indeed fighting back, but there is now also a powerful trans lobby, one companies and institutions in Britain, including the police, have been crawling up to. The most vocal opponent of the trans lobby in Britain is housewife and mother of four Kellie-Jay Keen-Minschull, who has suffered both legal and illegal harassment. As more people, especially parents revolt against this indoctrination on both sides of the Atlantic, it will hopefully become more difficult for it to operate.

No reasonable person would claim there not are real issues here, especially for teenagers who can become sexually confused, but just because a boy finds himself attracted to other boys doesn’t mean he should come out as “gay”, and just because a girl is a tomboy doesn’t mean she should have her breasts removed surgically and be injected with testosterone.

More and more are waking up to the nonsense of the ‘woke’ generation. Thank goodness. 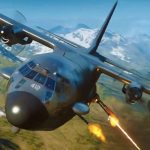 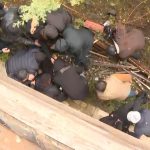