President Barack Obama’s plan to reduce American combat forces in Afghanistan failed after the large city of Kunduz was overrun in September 2015. This was the first Afghan city to fall to insurgents since the war began in 2001. This embarrassment was magnified after a C-130 transport aircraft crashed while taking off from Jalalabad that claimed the lives of six American airmen and five contractors. The Taliban claimed credit, but the Americans were unsure why it crashed. The American CIA’s aerial assassination program was failing to suppress the insurgency and senior American officials were angry. Someone wanted revenge and ordered an aerial attack on a hospital in Kunduz where Taliban fighters were being treated, killing 24 patients and 18 medical staff, leaving 33 persons missing and over 30 wounded.

“CNN and the NYT Are Deliberately Obscuring Who Perpetrated the Afghan Hospital Attack”; Glenn Greenwald; The Intercept; October 5, 2015;https://theintercept.com/2015/10/05/cnn-and-the-nyt-are-deliberately-obscuring-who-perpetrated-the-afghan-hospital-attack/

It’s blatantly obvious the US or it’s Military couldn’t give a toss about international law or the rules of engagement and are quite happy to kill pretty much anyone whether it constitutes a war crime, murder or whatever. And, they will always claim what happened to cause the death of one person or many people was AN ACCIDENT that never should have happened. Yeh right!. 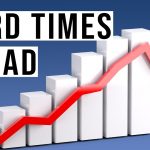