This documentary runs to a shade over forty minutes. It was released on YouTube March 23, and as of  Friday night had been viewed fewer than ten thousand times. Just as significantly, the Big Brother Watch channel has a paltry 16.7k subscribers.

What can be said about it? When Dawn Butler and Mark Taha agree on something, it’s time to sit up and listen. Mr Taha doesn’t appear in this video although he did share the link to his mailing list. As was to be expected, Miss Butler had to play an ethnic angle, as did the people who made the film, but thankfullly this wasn’t overplayed. Indeed, anyone who accuses the British police or any police of racism need only see the way these uniformed thugs treat all and sundry, including old people and teenage girls. We hear from a woman who attended the Sarah Everard vigil. For those not following UK news, Sarah Everard was a young woman who was murdered in March last year. Her killer was a serving police officer who used his warrant card and the pretext of the covid lockdowns to kidnap her by artifice. When wimmin’s groups and others organised a vigil in her name, the Metropolitan Police handled it very badly. Some of the other arrests they have made the length and breadth of the country and the fines handed down, beggar belief. We are told here these were all ultra vires.

There is now a consensus that in Britain as elsewhere, the authorities were following Rahm Emanuel’s dictum of never letting a good crisis go to waste. If it isn’t so called racism or protecting your children (pervert teachers excepted), or national security, it is public health. We are told herein not only that digital covid passports were on the cards but that they were already being manufactured. Big Brother Watch and similar organisations appear to have stopped them for now, but censorship of the Internet is ongoing. Our real challenge should be not simply to stop any further repression but to roll back the encroaching police state. If even the likes of Dawn Butler have seen the light, we may well have a chance. 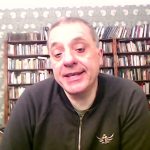 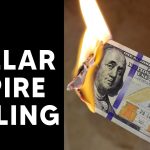