Over the past few years and especially with the covid outbreak/scandal, there have been at times quite vicious attempts to limit even destroy free speech and to censor the Internet. The Locals website was set up specifically to combat or rather to work around this repression. It is promoted as a free speech website, but when you visit it, one of the first things you see in its Community Guidelines is “No pornography”. What was that about free speech? What was that about opposing censorship?

Actually, it isn’t that simple, in fact this issue is extremely complicated. Briefly…

Many people don’t understand what free speech is, or censorship. There are curbs on free speech which at a second look are not really curbs on it at all. A woman who hired a hit man to murder her husband would be laughed out of court if she said she was exercising her free speech with such a proposition, although being a woman she might just get away with it!

So threats are not free speech – protected speech in the American context. There is confidentiality and there is privilege. When people visit the doctor they do so on the understanding that any resulting conversations are protected. Lawyers have privilege as do their clients; there is business confidentiality, and so on. Copyright can be complicated, so can defamation. If someone were to make outrageous allegations against you, claim you were a serial killer perhaps, some gullible person might be tempted to take the law into his own hands. Defamation is usually covered only by the civil law but in some jurisdictions and in some cases it can be criminal. Then there is that old saying about nobody having the right to shout fire in a crowded theatre, a saying that is grounded in historical tragedies – plural. National security needs no explaining.

When we move on-line, things can become really complicated because what is legal in one country may not be in another. For example, the age of consent varies the world over; in some countries, homosexuality is illegal; in some Islamic countries, blasphemy is illegal. Websites based in the United States where for the most part anything goes, face little in the way of restriction, although they may be blocked elsewhere, while websites based in say Pakistan must adhere to the local laws.

So why does Locals prohibit pornography? You can call this censorship if you like, but if you logged on to a baseball forum you wouldn’t expect to see discussions about manufacturing or farming. There may be a section for other subjects – current affairs, jokes, or just other – but if people insist on discussing astrology they may be asked politely to continue this particular discussion elsewhere.

When YouTube was launched way back in 2005, it was mostly a case of anything goes. When Facebook was founded the year before, no one, including Mark Zuckerberg, could have conceived how big it would become. It was intended initially to be a student “thing” but like YouTube it now claims over two billion users. Obviously there is massive overlap, but these are staggering numbers, more than one person in four on the entire planet subscribes to or visits either or both these platforms. Obviously you can’t please all those people all the time, and some people, some organisations, some ideologies, are never satisfied. This is why we see so many calls to regulate (ie censor them).

Some of these calls for regulation come from governments, and governments are not always wrong. Free speech includes the right to spout rubbish, but what happens when people listen to that rubbish and act upon it? There is government regulation in virtually every other field of life, and with good reason. People who take bad medical advice may damage or even kill themselves. Taking bad financial or bad legal advice can also be detrimental. The big one at the moment is anything related to covid; we have seen Draconian measures taken worldwide, ostensibly to combat this new infection, and we have also seen government officials including doctors giving at times contradictory or even bad medical advice. And we have seen the tech giants bowing to government pressure.

Some of the criticism of these companies has been unfair. Dan Bongino has peppered YouTube with abuse and now appears to be on the point of leaving the platform. Over the years he has made a lot of money out of it, has reached a massive audience, and frankly what would he have been without YouTube – a former police officer and Secret Service agent with an entertaining tale to tell?

Whatever you may have been told, there is no scientific consensus about how we should deal with covid. It is clear that whatever good intentions the vast majority of medical professionals and government officials have, the world is being led in the wrong direction. Because of this, censoring people isn’t the lesser of evils. If YouTube, Facebook and other platforms decide to block or shadow ban all such dissenting views, we now have Bitchute, Rumble, and other outlets. Dissenters should take their arguments to them, and the platforms themselves should resist all attempts at such censorship in no uncertain terms.

Here is an article that looks at Facebook’s model of so-called “fact checking”:

Scientific facts have clearly become one of the casualties of the pandemic thanks to the efforts by Big Technology whose mission seems to be to prevent us from learning about the truth as they don’t see it. 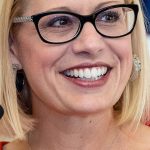 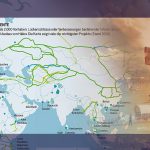