One hundred years ago today, on April 16, 1910, Henry Pritchett, president of the Carnegie Foundation, put the finishing touches on the Flexner Report.1 No other document would have such a profound effect on American medicine, starting it on its path to destruction up to and beyond the recently passed (and laughably titled) Patient Protection and Affordable Care Act of 2010 (PPACA), a.k.a., “Obamacare.” Flexner can only be accurately understood in the context of what led up to it.

Free market medicine did not begin in the United States in 1776 with the Revolution. From 1830 to about 1850, licensing laws and regulations imposed during the colonial period and early America were generally repealed or ignored. This was brought about by the increasing acceptance of eclecticism (1813) and homeopathy (1825), against the mainstream medicine (allopathy) of the day that included bloodletting and high-dose injections of metal and metalloid compounds containing mercury or antimony.2

Eclectics emphasized plant remedies, bed rest, and steam baths, while homeopaths emphasized a different set of medicines in small doses (letting the body heal itself as much as possible), improved diet and hygiene, and stress reduction. The worst results these treatments produced were allergic reactions to no improvement. Hence it’s not surprising they began to be preferred over the ghastly bleeding and metal injections of allopathy, which killed large numbers of patients.

By 1860, there were more than 55,000 physicians practicing in the United States, one of the highest per capita numbers of doctors in the world (about 175 per 100,000).3 By 1870, approximately 62,000 physicians were in practice in the United States,4 roughly about 5,300 of which were homeopathic and about 2,700 eclectic.5 Schooling was plentiful and inexpensive, and entry to the most acclaimed schools was not exceedingly difficult. Most schools were privately owned. Licenses to practice were not required or enforced, and anyone could establish a practice.6

Like the mythical Hollywood portrayal of the American “Wild West” as a place in which the denizens of every town were killing each other in gunfights every minute of the day, the free market period in American medicine has also been distorted as one in which towns were mobbed by traveling quacks prescribing dangerous treatments that killed the townspeople in droves. Organized mainstream medicine concocted this myth, and as previously noted, it was they and not the homeopaths and eclectics who were killing large numbers of people via bloodletting and metal poisoning.7 This is why it took time and effort for any caregiver to win the widespread trust of a typical community in nineteenth-century America. The public en masse blindly lapping up snake oil dispensed from the dirty travel trunks of carnival-tent quacks is wild legend.

Even though they were only about 13 percent of physicians in practice,8 eclectics and homeopaths did damage to the incomes of the allopaths. The allopaths began organizing at the state level to use the coercive power of government to not only severely restrict (if not outright ban) eclectics and homeopaths, and the schools that trained them, but also restrict the number of allopaths in practice to dramatically increase their incomes and prestige.9

The American Medical Association (AMA) had already been formed in 1847 by Nathan Smith Davis. Davis had been working at the Medical Society of New York with issues of licensing and education. While the pretense was always more rigorous standards toward the supposed end of effective treatments, exclusion was the reality. Hence it was no surprise that in 1870, Davis worked successfully to prohibit female and black physicians from becoming members of the AMA.10

The AMA formed its Council on Medical Education in 1904 as a tool to artificially restrict education.11 However, the AMA’s conflict of interest was too obvious. This is where Abraham Flexner and the Carnegie Foundation entered the picture. Flexner’s older brother Simon was the director of the Rockefeller Institute for Medical Research and he recommended his brother Abraham for the Carnegie job. Abraham’s acceptance of the role was the perfect special-interest symbiosis. Carnegie’s desire was to advance secularism through higher education, thus it saw the AMA’s agenda as favorable toward that end. Rockefeller’s benefactors were allied with allopathic drug companies and hated for-profit schools that couldn’t be controlled by the big-business, state-influenced foundations. Last of all, the AMA got an objective-appearing front in Carnegie.12

Not only was Abraham Flexner not even an allopathic physician; he was not a widely known authority on education,13 never mind medical education, as he had never even seen the inside of a medical school before joining Carnegie. His report was already effectively written, since it was essentially the AMA’s unpublished 1906 report on US medical schools. Furthermore, Flexner was accompanied on his inspection by the AMA’s N.P. Colwell to insure the inspection would arrive at the preordained conclusions. Flexner then spent time at the AMA’s Chicago headquarters preparing what portion of the final product was his actual work.14

Regardless of these scandalous circumstances, state medical boards and legislatures used the report as a basis for closing medical schools. Around the time of Flexner, there was a high of 166 medical schools; by the 1940s there were just 77—a 54 percent reduction.15 Most small rural schools were closed, and only two African American schools were allowed to remain open.16 By 1963, despite advances in technology and a huge growth in demand, one effect of the report was to keep the number of doctors per 100,000 people in the United States—146—at the same level it was at in 1910.17 Of the approximately 375,000 physicians in practice in 1977, only about 6,300 or 1.7 percent were African American.18

While physician incomes and prestige dramatically increased, so did the caregiving workload. Wolinsky and Brune (1994) report that doctors were firmly in the lower middle class at the time of the AMA’s founding and made about $600 per year. This rose to about $1,000 around 1900. After Flexner, incomes began to skyrocket such that a 1928 AMA study found average annual incomes had reached a whopping (for the time) $6,354.19 Even during the Great Depression, physicians earned four times what average workers did.20 A 2009 survey put family practice doctors (on the low end of the physician income range) at a median of $197,655 and spine surgeons (at the high end) at a median of $641,728.21 These figures are mind-boggling to ordinary Americans, even in good economic times. In addition, the cyclical unemployment that throws workers out of jobs in almost all other industries with the arrival of recessions or depressions became nonexistent among physicians after Flexner.

However, not even Flexner could repeal the laws of economics: the physician workload in certain areas became backbreaking to impossible, such that some physicians no longer accept new patients. Some primary-care physicians today are booked solid for at least two months, and unless you have some sort of connection to get in before that or pay for concierge care, your alternative for urgent care is the same as everyone else’s on a weekend: the emergency room, where you’ll wait for hours, or a walk-in where you’ll see one or two MD names posted on the building, but wait for hours for a nurse practitioner…

“The Slaughtered on Suspicion policy was designed by Neil Ferguson of Imperial College: the man behind the data used to justify the COVID19 lockdown.”

This 1 hour 10 minute video can be found on “ukcolumn.org”

Of course “psychology” comes under the “medical” professions. 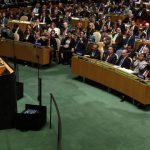 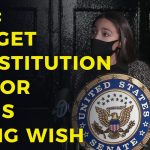