While Trump supporters who challenge the incredible, some would say unbelievable, result of the 2020 election are derided as conspiracy theorists by the mainstream media and the Democratic establishment, there are people within the Democratic Party who acknowledge the dirty tricks and outright fraud of the DNC. On Christmas Eve, Progressive Jimmy Dore spoke at length with Jordan Chariton about the reality of election fraud, in particular the way Bernie Sanders was “stitched up” by Pete Buttigieg in Iowa.

This isn’t the first time allegations of this nature have been made relating to Sanders. It is openly acknowledged that he should have won the 2016 nomination, but was betrayed by the leadership resulting in the nomination of Hillary Clinton and all the fraud and corruption that related from the election of Donald Trump beginning with the Russian collusion hoax and seemingly never ending.

Dore is an unusual individual for a Democrat, although technically an independent. His main passion is to enact Medicare for all, something that is very personal to him because he suffers from an extremely rare medical condition called hypophosphatemic osteomalacia which nearly killed him before it was diagnosed. He is still campaigning for Medicare for all and has started a petition to that effect, but even if Joe Biden assumes the Presidency and whatever happens next, it is unlikely to pass.

Meanwhile, the mainstream media and leading Democrats, continue the election charade while, unlike Dore and Chariton, the vast majority of Progressives remain oblivious to the fact that the people who stabbed Donald Trump in the back are about to do the same to them. 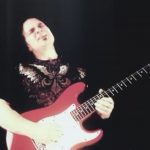