Vinnie Moore has been lead guitarist with UFO since 2003. Since last year, the band has lost three members and former members. The time-serving Paul Raymond died in 2019 at seventy-three, while this year Paul Chapman died on his sixty-sixth birthday, and Pete Way, who had been ill for some time, succumbed seven days after his sixty-ninth birthday.

Moore is a relative youngster at just fifty-six, and as founder members Andy Parker and Phil Mogg are sixty-eight and seventy-two respectively, he is likely to still be around when either retirement or Father Time catch up with them.

UFO have an enormous back catalogue, and are one of the most under-rated heavy metal bands ever, but Moore actually released his first solo album way back in 1986.  The instrumental Mind’s Eye featured Tony MacAlpine on keyboards; although a multi-instrumentalist, MacAlpine is best known as a solo guitarist.

Moore’s last solo album, Aeriel Visions, was released in 2015; the latest, Soul Shifter, has a different feel to it from his day job. You can sample a track from it on YouTube. Same Sun Shines is pleasingly melodic and features some heavy overdubbing; it was uploaded December 23 and had run up fewer than two thousand views by early evening Christmas Eve.

You can download the full album as a late Christmas present from Amazon, or for something more personal, the autographed CD from his official website.

Boring. Jeff Beck would do it so much better. 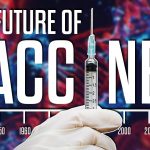 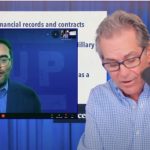