A few weeks ago I wrote a piece wondering if there was a deeper meaning behind the Trump administration’s bizarre maneuvers in the United Nations Security Council (UNSC) over snapback sanctions on Iran.

Secretary of State Mike Pompeo announced the resumption of these sanctions by the U.S. and demands that all the signatories to the JCPOA abide by them or face serious consequences.

In that article I noted the following:

Now at the same time, Trump and Pompeo have been very active across Europe rewriting the U.S. troop deployment map there to pressure Russia into signing new INF and START treaties under threat of U.S. expanded deployments in Poland.

Is this just more aggressive posturing by Trump? We’ll see. I remain convinced that a lot of his foreign policy ‘blundering,’ as Philip Giraldi called it recently (which I don’t disagree with), is part of his purposefully blowing up the old order between the U.S. and Europe now that it’s clear to me the globalists’ goal of a Great Reset involves destroying the U.S. and moving the center of western power to the European Union.

This morning Martin Armstrong shifted his analysis of the current push by the global elite I call The Davos Crowd in an important post stating that the goal of this push was to bring about the rise of the UN to the status of world government during this next period of history .

The stated goal? Bring on the Green New Deal to save us all from Climate Change. The real goal, the concentration of power into the hands of an un-elected bureau of technocrats.

And it may start as early as 2021 with the need to cancel sovereign debt as the next phase of the financial crisis creeps up on us. That debt will be defaulted on by converting them into perpetual bonds, as promoted by none other than George Soros himself.

Eventually, they’ll give the UN tax and spend authority through MMT and, most likely, the IMF, who will provide the ‘capital’ to make the conversions akin to the power just accreted to the European Commission in their COVID-19 relief package described breathlessly by a truly clueless (and complicit) media as Angela Merkel’s Alexander Hamilton Moment.

So, while I fundamentally disagree with Trump and Pompeo’s tactics here because they are horrific. They betray a fundamental misunderstanding of many of the players on the world stage.

But it seems now, that the greater strategic play from the beginning was to curtail the UN and disengage the U.S. from all of the post-WWII institutions put in place by the people whose descendants are fighting tooth and claw to stop his re-election and effect their apotheosis.

So, while Trump is still nearly equal parts shit-lord and shit-bag, to turn a phrase, it’s becoming clear that he does understand how deeply the American people are being sold down the river to global totalitarian government.

And he’s not having any of it.

That’s why he pulled funding from the World Health Organization, it’s why he’s putting the UNSC in a bind over the snapback sanctions on Iran. It’s why he refuses to give an inch on Nordstream 2, is pulling troops out of Germany while simultaneously telling the Russians to accept new START and INF treaties without any commitments to NATO pulling back from its borders.

Trump understands just how big the problem he’s taking on is. He lacks any sense of tact or diplomacy, understanding only blackmail, extortion and the Big Ask as negotiating tools.

It won’t win him any friends at all nor will it win him the respect and trust of those he needs to cut new treaties and deals with, i.e. Russia and China.

Telling the Russians that a new nuclear arms race is acceptable because he refuses to back away from any restrictions on putting nuclear weapons in Europe is pure insanity.

While the Kremlin has yet to comment on Billingslea’s offer, a Russian senator called it “outrageous,” suggesting that it won’t go down well in Moscow. “One doesn’t act this way if one wants to achieve actual results,” Senator Oleg Morozov from the foreign affairs committee of Russia’s upper house said in response. “It’s like saying ‘Give me your gun and the gun of your neighbor or I’ll shoot you in the head.’”

And he’s not wrong.

So, in looking at this situation dispassionately, knowing that Trump has avoided new wars to date, even when any other U.S. president would have done so, we have to look at this and ask if there is a bigger game at play here.

Trump will cut a deal with the Russians over the new arms race.

He won’t risk nuclear war with them over Syria, Ukraine, Belarus or Nordstream 2. Putin won’t give him an inch on these places nor will the sanctions stop him from ‘selling’ arms to Iran to solidify its ability to stop any further regime change operations emanating from Trump’s out of control State Dept.

Back in 2018, Trump told the world, funny enough, at the UN that he would use the dollar as the greatest weapon of mass destruction to bend it to his well. To date, it’s been the one thing he hasn’t lied about one whit.

And I’m sure he angry with Putin for telling the world, “No!” and crashing oil prices back in March. I’m also sure Trump is paranoid enough to think Putin did it to get rid of him.

No, Putin did it because it was the right thing to do to get Trump to see the folly of his dollar belligerence.

Trump’s punishing Russia, who should be his ally against the UN and Europe, finally cost him greatly. Putin chose that moment to again announce to the world Russia, too, has real weapons.

Trump today is pushing Russia on all of these fronts simultaneously hoping to create leverage when he goes for his real goal, undermining the UN and the European Union.

Right now the threats of U.S. hypersonic weapons in ten years are empty ones. Russia has them now and we know it, which is why Trump is saying he welcomes an arms race. We need, in Trump’s mind, the freedom to catch up.

Eventually there will be new treaties with Russia as the Russians will treat Trump exactly as they’ve treated him for the past three years, as irrelevant and Trump will most likely come off his high horse.

But these new treaties, which the Russians want because an arms race serves no one’s interests, are just chips to Trump to offer Russia to stand aside as he stops the UN. Since I don’t see Putin any more welcoming of a globally-powered UN than Trump this is the issue where they can, finally come to an agreement.

But Trump has to continue his attacks on the UN in the same way that Putin attacked it in his speech on the eve of Russia’s intervention in Syria in 2015.

Putin and Chinese Premier Xi Jinping are the keys to ending the threat of the UN and the EU to the sovereignty of nation states.

Trump has embroiled himself in a chaotic mess of interlinked skirmishes with all the major players of the world.

He likes to operate in chaos because that’s how you keep your opponent off-balance, leaving them vulnerable to a mistake, while he keeps his eye on the thing he’s wanted all along.

And in this case it is to restore the U.S.’s sovereignty from the hands of people who are dead-set on destroying it. And he wants this in the worst way imaginable and, unfortunately, that’s usually exactly how he goes about it.

Excellent piece Tom, as usual. “Desperate times call for desperate measures” these are the most desperate times in 300 years, possibly because of the level of control current technologies make possible, the most desperate times in mankinds history. We are on the cusp of a new dark ages, where the post-industrial revolution linkage between GDP and a literate populace has broken down.
Marx’s concept of the proletariat negotiating as a block for a fair return on the value of their labour breaks down when labour has no value. 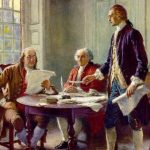 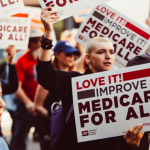